Turning to nature to fight counterfeiting 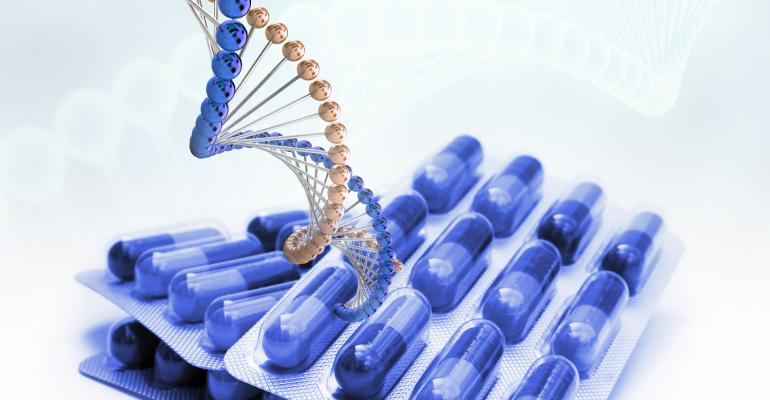 Applied DNA Sciences Inc. (ADNAS) has wrapped up trials demonstrating that its SigNature DNA markers can be authenticated when used in packaging materials and on pharmaceutical tablets. The markers were added to new pharmaceutical-grade inks produced in partnership with Nissha Printing Company and KishuGiken Kogyo Co. Ltd. (KGK).

ADNAS is hoping to “secure supply chains by preventing the incursion of counterfeits,” Dr. James Hayward, President and CEO, ADNAS, tells PMP News. “We engineer unique DNA tags from botanical genomes and can produce and manufacture an infinite quantity depending upon demand.” (Sister publication Packaging Digest interviewed Hayward in 2014 about the technology and its potential.)

With the DNA-based solution, there may be more options for encryption compared with digital coding. Digital codes are “binary,” meaning they have two choices for each bit of content, explains Hayward. DNA offers four choices—the squared of binary, he says.

Along with the markers, ADNAS creates an optical component that fluoresces under an ultraviolet light for physically scanning “to signify that our DNA is there,” he says. The company has developed a handheld multimodal reader to do just that. (He adds that a system could be developed so that the optical marks could be read at packaging line speeds.)

“The device shines UV light, captures the spectral response, matches it against a library, and stores it and its image for future reference,” explains Judy Murrah, CIO. “A counterfeiter could try to dupe the color, but the reader can tell the difference with a high degree of confidence.”

Hayward says that while UV light scanning provides an optical record of the DNA, “if it ever came to a legal event, to prove the presence or absence of the DNA [one would] sample the biological elements that make up the DNA.”

The technology’s sensitivity allows it to be “detected with just a single molecule,” he adds. “It is detectable with a very high fidelity, and there’s almost no false positives or negatives.”

In addition to being added to ink, the SigNature DNA markers can be added to varnishes; they are suitable for all phases of printing and hot stamping as well as molding and extruding in other materials, says Hayward.

Murrah reports that ADNAS is partnering with a number of companies on “housing the DNA in carriers appropriate for certain environments.” In addition to Nissha and KGK, certified partners include CCL Label, Creative Labels, Siegwerk, The Challenge Printing Co., The Label Printers, and others, she says.

There’s also the possibility for what Murrah calls “digitalDNA to complement biological DNA” for tracking products along the supply chain. Bar codes could be scanned against a local or cloud database to track the item, using DNA marker-embedded ink as a forensic traceability backstop.

And the DNA markers can also be added to pharmaceutical products themselves. “Packaging is the first line of defense for the product, and we can also mark the item,” says Murrah. “The driver for multi-layer marking is for when the product is removed from packaging. It can also be marked to identify specific regions.” Adds Hayward: “Interest is very strong to mark at both levels.”

When asked about the marker’s performance, Hayward says “one would have predicted no impact to legibility, durability, and suitability for customer environments. There are 38 granted patents and 75 pending patents that deal with the notion of DNA stability in a wide variety of environments.”

And, “one can learn from the paleontological world,” he adds. “The wooly mammoth hasn’t been around for 40,000 years, but it’s been sequenced.”

What you need in anti-counterfeit packaging today and why
May 07, 2018

‘Programmable’ microparticles for packaging
Jun 14, 2017
4 reasons counterfeit pharmaceuticals are still a risk—and what you can do to protect your brand
Jan 13, 2016