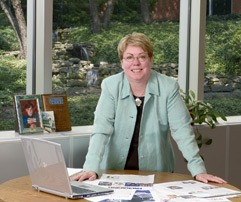 When Consumer Reports published its first Oyster Awards article in March 2006, the editors poked more than just a little fun at packaging. Citing some amusing (and dismaying) real-life experiences that consumers have had trying to open tough packages—most often radio-frequency-welded clamshells—the article points out that the weapons-of-choice used in the quest to get at the product inside are often dangerous. Consumers have occasionally lost blood as well as time trying to "shuck" an impenetrable clamshell.

After the awards were published, a new media frenzy ensued, all of it targeted at the apparent crass nonchalance of companies that produce such annoying and even dangerous packaging. In the past nine months, I have been interviewed by countless newspaper reporters and columnists, magazines and even a television crew. The accusations are all the same: "Why can't I open a CD without a knife that could cut me?" "Why can't I get into a clamshell without using a [hacksaw, meat cleaver, box cutter—fill in the blanks yourself, depending upon how much your imagination can stomach] that could cut off my finger?" And to each of them I have replied: "I can answer that in one word: Theft."

Retail theft is a multi-billion dollar problem. The major discount retail chains, operating on razor-thin margins, cannot afford to ignore this enormous drain on profits. The stores want sparsely manned aisles, but with product clearly visible for the shopper. Gone are the days of clerks waiting to show off their wares from inside locked glass cases. So these retail giants demand that consumer goods companies protect their products—especially those over a set price point—in clearly visible but secure packages. Unfortunately, the reality is that a package that is difficult to open in the store is going to be just as difficult to open at home. The corollary to that is: If it's easy to open at home, it's easy to steal.

So Packaging Digest would like to offer a challenge to the people who design and the companies that make these secure packages. There are packages that are easier to open while still maintaining protection—we've seen many and even tested some. If you send us your examples (either the packages themselves or a release with photo), we will include them in a special resource center on our website. We will make this resource center available to Consumer Reports and other media, as well as to consumer goods companies and the retail chains, to prove that packaging can be highly visible yet secure, safe to open yet protective. With luck, we may even convince the Oyster Awards editors to publish a link to this resource center in their second annual roundup, due out next spring. Then, we will publish a selection of the best examples in this magazine in the same month as Consumer Reports publishes its 2007 Oyster Awards.

Feel free to send comments on your own experiences in designing and making secure packaging—consumers aren't the only people with a story to share.