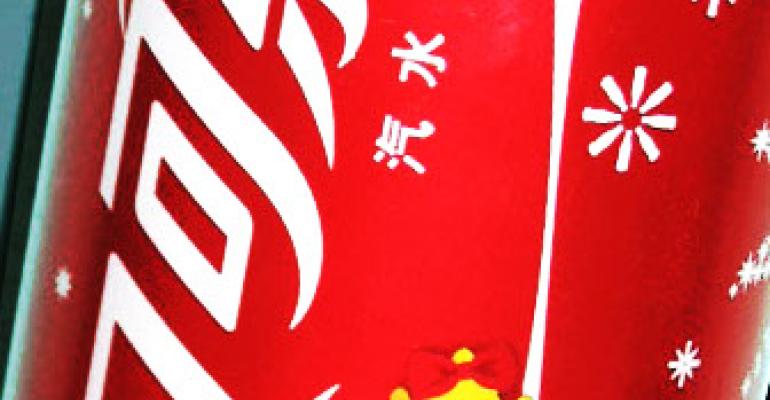 Coke Can from China

The Coca-Cola Co. announced the opening and near completion of three new bottling plants in China worth a combined 1.6 billion RMB (US $240 million), continuing its rapid expansion in one of the world's largest and fastest growing beverage markets.

The new investments are a part of Coca-Cola's 3-year US $2 billion accelerated investment in China and the latest phase of Coca-Cola's long-term commitment to its business in China. The investment is also aligned with the government's call to develop the central and western areas of the country. The plants in Hohhot in Inner Mongolia, Luohe in Henan Province and Sanshui in Guangdong Province will locally produce beverages such as Coca-Cola, Sprite, Fanta and Minute Maid to quench the thirst of consumers in those regions.

Chairman and CEO of The Coca-Cola Co., Mr. Muhtar Kent, also recently visited Luohe to inaugurate the new bottling plant in that city. It will be the largest Coca-Cola production facility in China and will begin production in November 2010. The plant has been constructed to the Gold LEED (Leadership in Energy and Environment Design) standard, showcasing many energy and water conservation features.

The Sanshui plant is also scheduled to commence production by the end of 2010. These new facilities will augment Coca-Cola's strategic footprint in China, with the Luohe investment alone worth 900 million RMB.

The three plants together will directly create 2,000 additional new jobs in the local communities and approximately 20,000 additional indirect employment opportunities in the supporting industries. By the end of the year this marks 6 plants inaugurated over the last 2 years.

"This 1.6 billion RMB commitment to Inner Mongolia, Henan and Guangdong Province is more than an investment in Coca-Cola's expansion to capitalize on the fast growing China market. It is also an important step by Coca-Cola to assist in the development of local communities throughout China, including in the less developed areas," said Mr. Muhtar Kent at the opening ceremony for the Hohhot plant.

"Our business has experienced strong growth year on year in China, which is now our third largest market. More importantly, the new plants in Inner Mongolia, Henan and Guangdong, will extend our competitive edge in China and allow Coca-Cola to support local community development by providing jobs, generating tax revenue and boosting further investment in the local economy by Coca-Cola suppliers," said Mr. Kent.