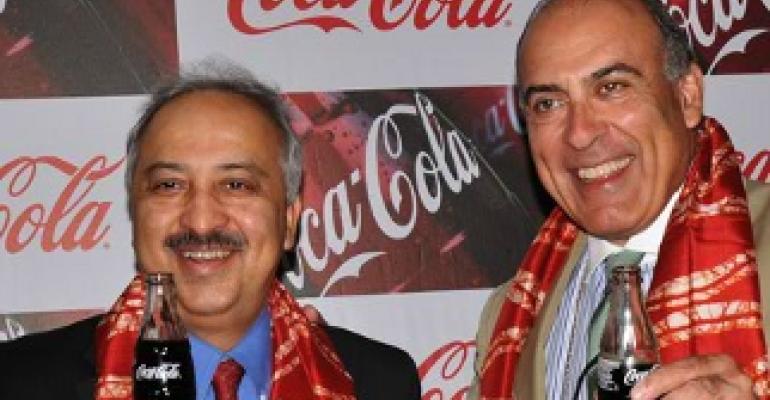 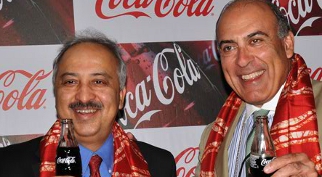 Coca-Cola India, the country's leading beverage company, will invest an additional US$3 billion (approximately Rs. 165,000 MN) in India through 2020 to further capture growth opportunities in the country's fast-growing non-alcoholic ready-to-drink (NARTD) beverage market. With the new $3 billion investment, the Coca-Cola system now plans to invest $5 billion in India from 2012 to 2020.

"Achieving continued sustainable, responsible growth in India is core to achieving our 2020 Vision of doubling system revenues in this decade," says Muhtar Kent, chairman/CEO, The Coca-Cola Co. "Our ongoing investment in India is focused on delivering innovation, partnerships and a portfolio that enhances the consumer experience, ensures product affordability and builds brand loyalty to deliver long-term growth."

NARTD beverages have enormous growth potential in India. Coca-Cola India has registered unit case volume growth in India for the past 23 quarters, 17 of which have seen double-digit growth. Two of the company's core sparkling brands—Thums Up and Sprite—are the country's top selling soft drink brands while brand Coca-Cola is one of the country's fastest growing sparkling brands, most recently reporting 27 percent growth in the first quarter. In the still beverage category, Coca-Cola's Maaza is India's largest selling juice drink.

The Coca-Cola Co. and its bottling partners have robust plans to capture growth in India with investments in innovation, expansion of distribution network, cold drink equipment placement and augmentation of manufacturing capacity.

The Coca-Cola system has already invested more than US$2 billion in India since it re-entered the country in 1993. This announcement brings the total investment number to US$7 billion since reentry into India. The Coca-Cola India system currently directly employs more than 25,000 people and is estimated to have created indirect employment for more than 150,000 people in related industries through its vast procurement, supply chain and distribution system. The investments announced by Coca-Cola will further catalyze economic growth and create new opportunities for local communities.

Atul Singh, president/CEO, Coca-Cola India and Southwest Asia, says, "India is a strategic growth market for The Coca-Cola Co., ranking among our top 10 markets in volume globally and as the largest market in the Eurasia and Africa Group. Our India business has been growing at a robust rate over the last five years, and our goal is to continue this momentum. The country's demographics, economic and social parameters are all huge drivers of growth and we have to ensure that we continue to grow our offerings to be the non-alcoholic, ready-to-drink beverage company of choice for local consumers."

The Coca-Cola system has a long history of partnership with non-governmental organizations in India for community development and sustainability initiatives. As a system, Coca-Cola has now achieved a net zero balance with regard to groundwater usage in India. It is well integrated with local Indian communities and is a valued contributor to economic and social growth. The company and its bottling partners are strong supporters of education in India through programs like the 'Coca-Cola Support My School' campaign, which has created more than 100 model schools in India.

Worldwide, The Coca-Cola Co. and its bottling partners are investing more than $30 billion over the next five years to support anticipated growth. These investments range from new manufacturing facilities to new distribution systems to new marketing investments in emerging economies.

For further information on the company's India operations and its products, visit www.coca-colaindia.com.