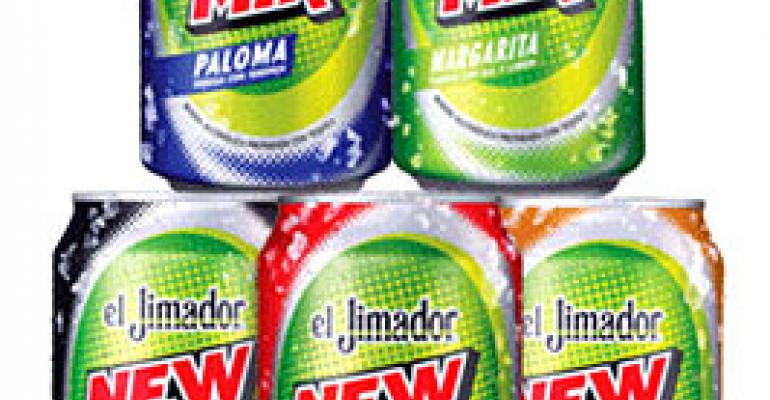 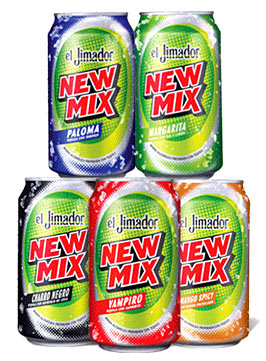 el Jimador Tequila is introducing what it says is the first authentic tequila cocktail in a can. Beginning in December with California then rolling out to the remainder of the U.S. by late spring, the number one selling ready-to-drink tequila cocktail in Mexico, el Jimador "NEW MIX," will be available where spirits are sold in a single serving or four-pack of cans.

"el Jimador NEW MIX was introduced in 1997 and quickly became the top selling RTD in Mexico," said John Hayes, managing director for Casa Herradura, the maker of el Jimador NEW MIX. "Because of the popularity of NEW MIX in Mexico and the increasing call for tequila in the U.S., it was an easy decision to bring NEW MIX to the U.S."

Made with el Jimador Tequila, NEW MIX will be available in three refreshing cocktails: the Paloma, the most popular tequila cocktail in Mexico, the Margarita, the #1 requested cocktail in the U.S., and the Spicy Mango Margarita, which blends a nice mix of sweet heat. Each cocktail comes in a 12-ounce can at 5% ABV, similar to most beers.

"NEW MIX delivers a premium alternative to beer in a true spirit-based, readymade cocktail that consumers have been looking for," said Carrie Kleban, global marketing director for Casa Herradura. "NEW MIX makes it easy to enjoy the perfect pour of your favorite tequila cocktail at barbeques, tailgating, or sitting by the pool."

With the U.S. launch, NEW MIX will receive a new look and an advertising campaign to introduce the brand.

"NEW MIX in the U.S. will feature a slightly different can design than in Mexico, plus will receive an energetic advertising campaign that builds on the black and white iconography success of the el Jimador Tequila campaign," she said. "The U.S. cans position the el Jimador brand name more prominently to reinforce the tequila in the cocktail as well as the 21+ responsibility message."