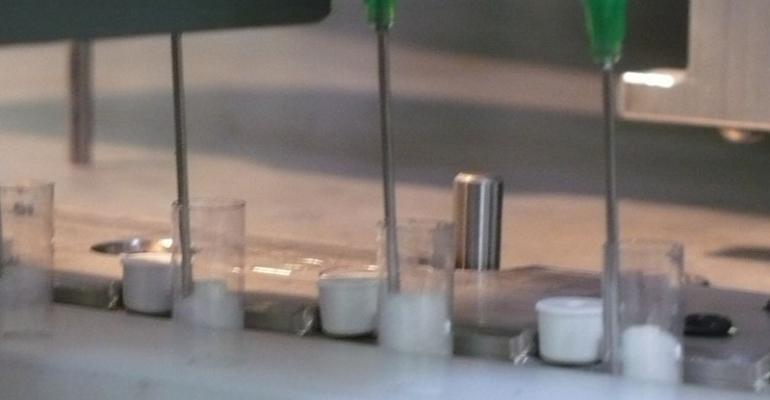 Automation is helping U.S. companies compete on a global scale with cost-effective local manufacturing and packaging. In the fast-growing market of electronic cigarettes, contract manufacturer Freedom Smokeless has invested in highly automated filling, assembly and packaging systems—developed and “Made in the USA.”

Years in the planning and implementation, the company partnered with various automation and packaging machinery manufacturers to create the first of six planned packaging lines capable of producing more than four million units per week (disposable and cartomizer).

Glenn Kassel, Freedom's president and co-founder, declined to identify these partners for Packaging Digest, but did say the company is also working with a contract packager on final packaging. According to the company’s website: “All printed materials, assembly and packaging are completed in the U.S. in semi and fully automated print and pack-out facilities collectively occupying over 400,000 sf.”

You can watch a video that shows the packaging operations here.

Here is the press release the company sent out via PR Newswire on Feb. 12, 2014:

SAN CLEMENTE, Calif., Feb. 12, 2014 /PRNewswire/ -- Freedom Smokeless, a Southern California based producer of electronic cigarettes, proudly unveiled their new, U.S. built high speed electronic cigarette automation machinery at the recent TPC 2014 Show in Las Vegas.  Freedom, who has been in the e-cig industry since 2008, is the first U.S. based Company to offer complete, turn-key automated solutions designed specifically to bridge the gap from China to America, making e-cig and cartridge liquid filling, assembly and packaging an affordable reality.

Freedom's business is focused on OEM and ODM precision manufacturing of electronic cigarettes. In 2011, Freedom began the design and construction of its high speed automated filling and assembly production lines with the assistance of some of the top, U.S. automation engineers.  The first of 6 custom designed, Made in America machines has been installed in Freedom's Southern California, FDA Registered, ISO and GMP compliant facilities. By May 2014, all six automated lines will be up and running with the capacity of producing over four million units per week (disposable and cartomizer).

"The response at the recent TPC show was overwhelming," said Glenn Kassel, Freedom's President and co-founder.  "When watching the video of our automated production, people were amazed that we had developed such sophisticated technology, especially our built-in Quality Assurance features."  Freedom's automation includes precision filling, gluing, capping, a patent pending fusion feature (for soft tip disposables and for a first of its kind soft tip cartomizer), QC inspection with pressure testing, LED validation, visual puff test, labeling and silicon over capping. If a unit fails any of the QA processes, it's rejected. This means that 100% of the products are thoroughly tested and have passed Freedom's rigorous QA and QC inspections prior to packaging and shipping.

"We're proud to have developed such a robust supply chain and Domestic production system which has taken several years to perfect. It includes multiple layers of audits, lab testing and compliance validation ensuring we produce e-cig products that are in conformance with our detailed design specifications. It's a very complex process but necessary to ensure industry leading safety and quality standards never before achieved," said Michael Lewis, Freedom's CEO and co-founder.  "Our Quality Assurance Protocols include audits at every level of manufacturing from  raw materials, sub-assemblies, WIP and finished goods in addition to regularly scheduled, consistent on-site factory inspections. We use the very finest U.S. made e-liquids which are all batch tested by accredited 3rd party labs. Our packaging and printing is handled locally at ISO certified facilities. It's taken us several years to create this world class  production system; our customers will attest that our consistent high quality and extremely efficient manufacturing and finished goods production allows them to focus on sales instead of facing all the challenges that can arise when working with foreign vendors."

Freedom recently unveiled their new website, www.FreedomSmokeless.com.  Kassel said, "The response to our U.S. based Domestic e-cig production solutions has exceeded expectations; we anticipate being at full capacity prior to the end of the year. U.S. based companies know the risks and challenges of "sneaking" nicotine containing products into and out of Mainland China. With FDA deeming regulations just around the corner, we've been told by several leading brands we're the 'go to company' as there could be some serious export repercussions including issues with customs, reminiscent of what happened in this industry in 2008-2010."

Lewis said, "When Glenn and I picked the automated production solutions path in 2011, we didn't anticipate the category would explode as fast as it has. We have overcome many industry challenges with the development of a new breed of automation and production systems."  Kassel concluded by saying "At the trade show, many industry friends congratulated us on having the foresight to move into the automation space and away from reliance on 100% foreign made e-cigarette products.  It's nice to have a growing list of companies who are ready, willing and anxious to move away from the reliance on China in support of creating American jobs through ingenuity and dedication to safety and quality. It's a great feeling to be ahead of the curve."