How Camera-Based Visual Inspection  Can Save Time and Cuts Costs 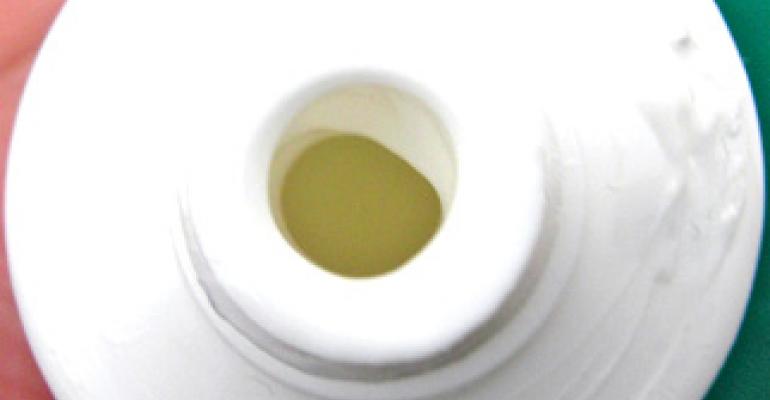 Toothpaste is supposed to help maintain and clean healthy teeth. But is the toothpaste you're using to clean your teeth safe? It's only in recent years that vision systems have been used to check toothpaste packaging for cleanliness and safety before the toothpaste is filled into the tubes. Previously, filling systems that weren't equipped with a visual checking system couldn't actually guarantee that no particles or contaminants from the preliminary tube production stage would be present in the tube after filling and sealing.

For its latest tube-packaging machine, the TFS 80-6 from Germany's IWK Verpackungstechnik GmbH (www.oystar.iwk.de), part of the Oystar group of companies, relies on vision systems from Cognex (www.cognex.com). Designed for tubes from 19 to 40 mm wide, the system incorporates two In-Sight® cameras that check during the course of the filling process that the tubes are round, clean and firmly sealed.

With a capacity of 500 tubes/min, the TFS 80-6 production line inspects, fills and seals toothpaste tubes using an atypical handling arrangement. Instead of the conventional operation using a turntable, the TFS 80-6 has a conveyor circuit with a diagonal layout. The lines are positioned at a 90-deg angle to each other, and the tubes are picked horizontally on a conveyor belt that takes them to a cartoner for final packing. Though top-quality packaging materials are required, contamination can still make its way into the equipment; tubes may possibly be deformed when loaded into the outer carton or the base of the tube may have a faulty seal. To ensure the production processes are fault-free, Oystar IWK collaborated with Octum Electronic GmbH (www.octum.de), a member of the Cognex specialist partner/integrator network, to install two In-Sight 5100 and two 5400 cameras on each of three inspection stations. Each camera monitors a set of parallel conveyor rows with offset tube holders.

The first stage of production on the line begins with a six-axis robot and its expanding gripper arm removing 30 empty toothpaste tubes at a time from shipping cases and placing them neck-down, with screw-caps already affixed, into tube holders on a conveyor. The robot arm's tooling has special pins that precisely fit into the case partitions and grip the tubes to lift them out of the cases. The base of each tube is left open and ready to be filled.

Next, the tubes convey clockwise toward a cleaning station and are scanned to ensure that they are aligned correctly so that the printing on each tube is in the correct position when the base is sealed. The two successive Cognex inspection stations also check to ensure that the tubes are round-shaped and clean before they enter the cleaning and filling stations.

Beyond a shadow of a doubt

Two In-Sight 5100 cameras installed above the conveyor evaluate the tube coating, its shoulder area and the interior of the cap during a particle check. The cameras can detect foreign bodies based on a contrast to their surroundings. A red, ring-shaped LED light illuminates the inside of each tube from above. Undesired particles cast a shadow detected by the cameras, making it possible to detect objects that are the same color as the tube's contents.

During the subsequent tube-shape check, the other two In-Sight 5100 cameras scan the tubes to see if they are of the required shape. If tubes don't have the specified roundness, the fill nozzles can stay at the edge during the cleaning and filling process and ram the packages into the tube holders.

The In-Sight technology prevents this by ensuring that the fill nozzles enter round tubes to within tolerances of 3 mm. This check takes place without the need for an additional operation or step. The cameras each receive a trigger for every tube that passes and record images of the tubes as they move past. If a tube is out-of-round or outside of the tolerance range, it's identified as “faulty” and is not filled. After cleaning and filling, the laminated plastic tubes are hot-air-sealed downstream. Then the TRS 80-6 ejects the sealed tube from the production line.

The ends are heated with hot air at a temperature of 380- to 450-deg C and are pressed together by cooled stamping jaws. The seal is either stamped smooth or stamped in a corrugated pattern and may feature a serial number or a code. According to Cognex, defects can occur at this stage of the process. For example, if a sealing knife becomes blunt and can no longer cut off the ends of the tubes correctly, the seal will be left with rough edges. In the trimming station, the two In-Sight 5400 cameras make sure that all packages like this are detected and also check the seal itself. If the seal isn't completed or if the printing isn't properly aligned with specified parameters, the tube is ejected from the line.

Saving time and reducing overall costs, the In-Sight cameras are networked to a center PC panel that records all images of faulty tubes. This makes it easier for the tubemaking system to detect faults quickly without having to recheck the actual unit of packaging that has already been ejected from the line. Another advantage of the vision systems is their integrated structures, which Octum customized for IWK. While conventional tube lines may only offer tube inspection as a separate station, which could mean time delays, the Cognex technology is integrated right into the production process, thus saving time and keeping costs to a minimum.

Production lines with free-standing or separate inspection modules would require one inspection camera for each of the six tubes filled by the TFS-80-6 machine at a time in each step.

In addition, six vision-inspection camera systems would be required for each inspection station, or a total of 18 for three stations. IWK's TFS-80-6 tubemaking equipment meets the inspection requirements with six cameras mounted over three stations, which maximizes production reliability.

Today, having brushed up its toothpaste tube-production equipment with camera-based inspection, IWK is all smiles.