The Legend of Bagger (No) Chance: Beware of that old packaging equipment! 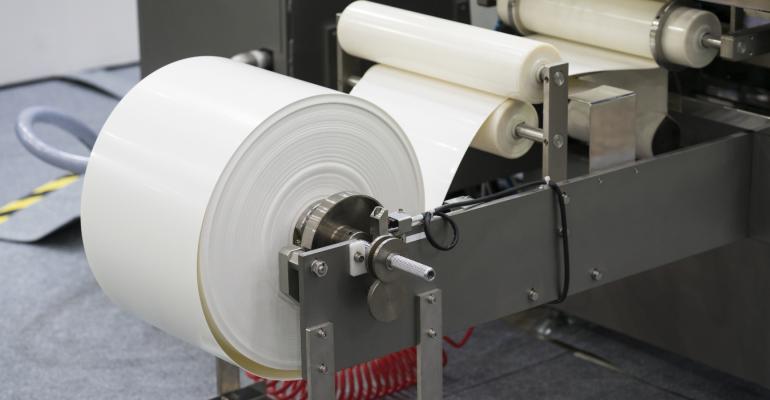 Beware the pitfalls of refitting a packaging machine for a new project. Square peg? Round hole? (Photo source: sorapolujjin-stock.adobe.com)

Are you involved in the implementation or modification of aging equipment with the objective of producing packaged food products? Packaging consultant Gary Kestenbaum has some thoughts for you to consider as you tackle a retrofit project.

I lined up internal and external support resources, ordered the film and an abundance of zipper rolls, scheduled the plant trial and was off and running, or so I thought.

A colleague of mine in packaging tech overheard my optimistic approach to the project’s potential for success and said to me, “I’ve been to that plant and worked with that machine. It was adjusted and configured to run a specific structure and we had a heck of a time getting that to work. So be very careful about your expectations”

Forewarned, I called the manufacturer’s tech rep and posed the question to him. He replied, “That (particular) machine is not what you think it is. It was sent back to our facility years ago, rebuilt and modified in multiple ways to run (whatever) film/bag. Our experience is that both before and after modifications, it’s been…touchy. The paperwork on that rebuild does not exist.”

Not being an equipment engineer, I absorbed those comments, but figured that my internal equipment counterpart—a guy known in the company as a miracle worker or a magician with a wrench—could figure out any issues.

When we all assembled to face the monster for the first time, we quickly determined that the process was broken from end to end. The film roll transport, zipper applicator, forming stations, sealing equipment, bag transport, dosing mechanism and so on and so forth were all inconsistent with the targeted application. Adjustments to each section and station would initially appear to bear fruit, but only for a minute or two of continuous production. After that, one or more faults in the packaging process would require a stoppage. We were wasting more materials getting past start-stop cycles than we were accumulating saleable packages.

It quickly became clear that the warnings from multiple sources were on target and under-considered. The project was allotted limited resources, and we grossly exceeded those as we, internal tech support, spent trip after trip trying to get to the underlying problems.

Literally months and multiple trips later, we were both left pulling our collective hair out. My colleague refused to give up; this was a matter of pride! He proceeded to make retrofits, adjustments and replaced parts from the film unwind reel to the discharge. No part or station went untouched after countless hours of hands-on work, long after the manufacturers tech rep had run out of ideas. Everything except the frame was replaced or rebuilt.

It got so dire that we ran out of what at the time appeared to be an overabundance of zipper stock and ended up driving 50 miles south of the plant to mooch a roll from another manufacturer that I found online (the plant materials manager was kind enough to give us the roll at no cost).

In the end, the collective cost of time, parts and materials grossly exceeded the value of the project, not to mention the deployment of resources that were needed on much more profitable businesses elsewhere in the company. After all that effort, the bagger functioned, but machine speed and reliability were clearly below the standards for low-tech HFFS baggers.

As I look back on the project, the information available to me at the time pointed to a low chance of success based on simple packaging process standards and norms of consistency, reliability and integrity at suitable production speeds.

In my career, I can name several high profile situations wherein production facilities elected to use old fillers capable of functioning with one single “inflexible” film structure, often converted by a single source supplier. In every case, the combination led to either a packaged product failure in the field, a scramble to qualify a new vendor or a shutdown of the equipment. Ultimately, in each case, the equipment/film combination was scrapped and replaced with alternate baggers/fillers capable of machining film structures that were easily sourced and reliable.

In extreme cases, use of equipment with a product or in a manner outside of the design configuration and usage designation described by the manufacturer may facilitate serious microbiological failures, facilitated by the inability to effectively attain or maintain sanitary conditions.

The lessons learned are clear: Know the history and limitations of the packaging machinery that you are being asked to support. Pull the history on it by manufacturer and serial number just as you would a Carfax report. Inquire as to the original application when it was ordered and made. Ask whether it was rebuilt, retrofitted or otherwise modified by the manufacturer or any other entity.

If there are gaps in that information stream, replete with lots of “ums,” “ahs,” and “I don’t knows,” beware! Could the equipment have been purchased second hand from a broker? Was it modified, rebuilt or retrofitted? If so, were those changes designed and approved by the original manufacturer? Were the changes documented with caveats and limitations clearly described? Are the limits on adjustments, change parts or calibration processes a mismatch to the raw and pack materials designated for production?

Be aware of the multitude of risks associated with trying to convert packaged foods using mismatched components. Risks may include core food safety categories of physical, chemical or microbiological hazards. Verify the performance compatibility, suitability and regulatory compliance of the systems against checklists coupled with the process capability and risk assessments executed by qualified functional experts.

Even then, proceed methodically and with caution. Validate and verify each step before certifying the system as production-capable.

This is an old phrase, but you’ve all heard it: We never seemed to have the time or funds to remove and replace underperforming process equipment before a field failure, but we always find the time and funds to perform corrective action after the fact.

Gary Kestenbaum is an independent food packaging consultant with 45 years of experience in the food industry as a food ingredient technician with National Starch, a food product developer with General Foods and Kraft Foods, a senior package developer with Kraft Foods and a senior food packaging safety consultant with EHA Consulting Group. He can be contacted at [email protected].