Local Motion: Moving Power to Point of Use 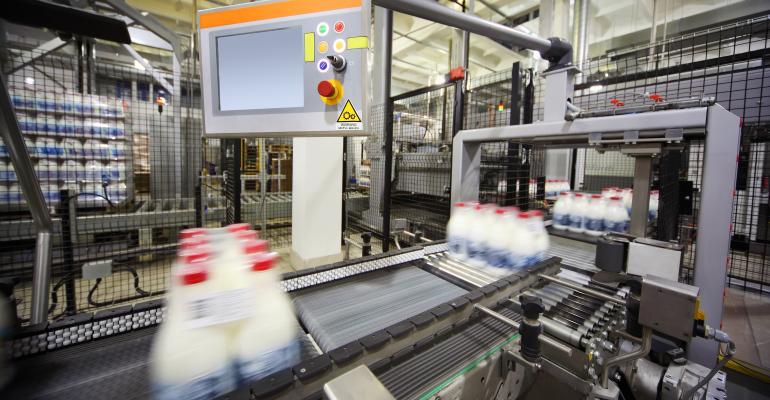 With servomotors and HMIs, powering and controlling packaging machinery is easier than ever before. What’s next?

A couple hundred years ago, Boulton & Watt first commercialized the steam engine. They were enormous, limiting their flexibility. Power had to be transmitted from the engine to the machinery by overhead line shafts, belts, and pulleys. But, for the first time in history, factories had power at and on demand.

A century later electrical motors and the utility system to drive them became practical for widespread use. Instead of mechanical transmission of power, it could be transmitted over wires. This allowed much greater flexibility in machine design and plant layout.

For much of the 20th century, electrical motors were bulky and expensive. Machine designs focused on one large motor and belts, shafts, transmissions, and other mechanical devices to drive the individual machine functions. This was a smaller version of the central engine problem. Pneumatic devices supplemented where motors drives could not be used.

These systems worked reasonably well but required a lot of maintenance. Parts wore and it became difficult to keep the multiple machine functions properly synchronized. Changeover between sizes took hours for experienced technicians. After restart, it took more hours of tweaking to get a packaging line to run right.

Servomotors aren’t new but in the 1990s they went from relatively rare in packaging machinery to ubiquitous. Servomotors can be rotary or linear and come in many sizes and formats. Servomotors have the ability to work with a controller in a constant feedback loop. The controller tells the motor what to do and the motor tells the controller what it has done. This loop allows precise control of rotational position, speed, and even acceleration/deceleration profiles. Some servomotors report force applied.

Precision control facilitates machine simplicity. Instead of a cartoner having one large, main motor and linkages, it can have individual servomotors for flap tuckers, carton pickoff, and other functions. Additional servomotors can be added to change the carton pitch, guide positions, and more for automatic changeover. Instead of mechanics taking hours to reset a cartoner for a new product, an operator can select a size from a menu and press a virtual button. The servos do the rest. The cartoner is resized perfectly in less than a minute. 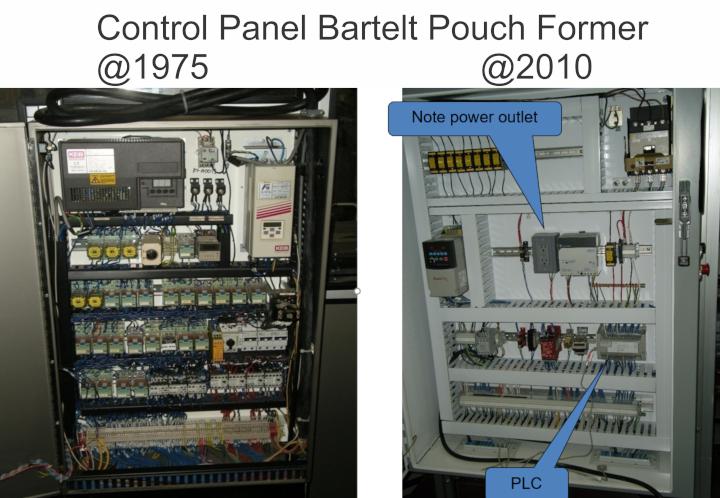 A Programmable Logic Controller (PLC) tells the servomotors how, when, and what to do. A PLC is a computer specifically designed for control of industrial machinery and processes. It will take an input, such as a sensor signal, that a bottle is in position and activate an output to start filling. If a bottle is expected but not detected, it will activate a different output to sound an alarm or stop the machine. These are called inputs/outputs or I/Os. The number of I/Os is often used to describe the size or capability of the PLC.

Older machines used electromechanical relays, wired together in various configurations for control. Relays would get damaged and wires would work loose. When this happened, troubleshooting could take an experienced technician hours. PLCs seldom fail. When they do, they may say how they failed, aiding troubleshooting. In an absolutely worst case, the entire PLC can be replaced with a new one and the program uploaded. (You did save a backup, didn’t you?) 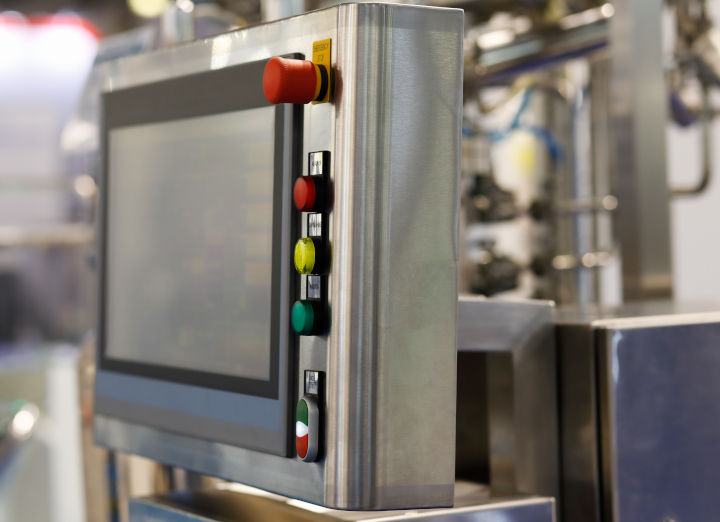 As smart as servomotors and PLCs are, they still need a way for a human to supervise the machine. This used to be done through a control panel that might have a dozen or more switches, dials, and pushbuttons. The modern term is Human Machine Interface or HMI. Most of the physical controls have been replaced with a single touchscreen. Instead of a physical switch, there is a graphic of a switch. A touch will toggle it on or off. Another button will bring up a page with all the products listed. Touching the appropriate product will cause the machine to reset all guide positions, motor speeds, temperatures, and other parameters.

HMIs provide two-way communication, keeping operators advised of operating parameters and notifying them when any start to drift away from normal. A large thermoformer may have as many as a dozen safety interlocked doors. Finding which one is slightly ajar can take a couple of minutes. A graphic image of the machine will show which interlock is keeping it from running, preventing operation. 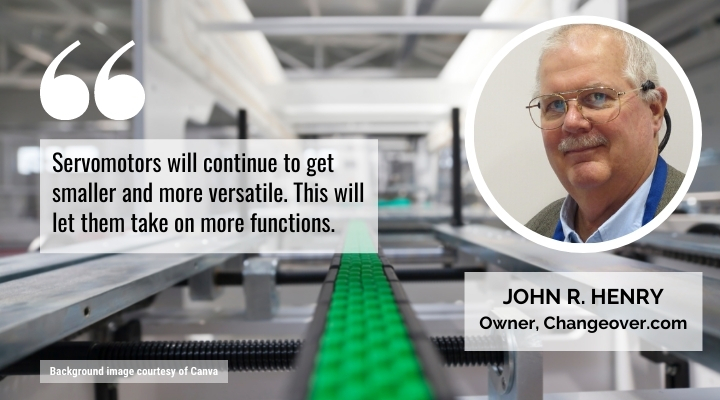 We’ve come a long way in a couple of centuries moving power to the point of use. Servomotors will continue to get smaller and more versatile. This will let them take on more functions.

What’s next in the evolution of packaging machinery and line control? Processing power will move from the central PLC out to the edge, incorporated into the servomotor. Machines will become smarter with more built-in artificial intelligence (AI) and the ability to self-correct and report faults after the fact. When the machine can’t fix itself, technicians will receive text messages telling them what happened, what they need to do, and what parts they need to bring.

Labor, especially skilled labor, is a problem for everyone in packaging. Moving intelligence from the human to the machine will make everyone's job easier and will make your plant run smoother.