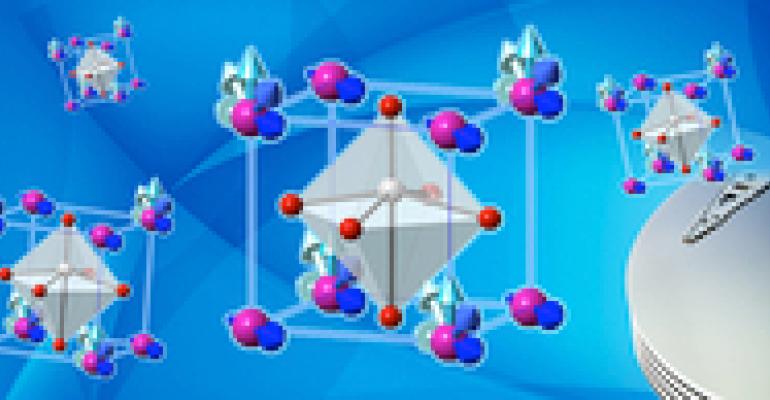 Although scientists have been aware that magnetism and electricity are t

wo sides of the same proverbial coin for almost 150 years, researchers are still trying to find new ways to use a material's electric behavior to influence its magnetic behavior, or vice versa.

Thanks to new research by an international team of researchers led by the U.S. Department of Energy's Argonne National Laboratory, physicists have developed new methods for controlling magnetic order in a particular class of materials known as "magnetoelectrics."

Magnetoelectrics get their name from the fact that their magnetic and electric properties are coupled to each other. Because this physical link potentially allows control of their magnetic behavior with an electrical signal or vice versa, scientists have taken a special interest in magnetoelectric materials.

"Electricity and magnetism are intrinsically coupled - they're the same entity," said Philip Ryan, a physicist at Argonne's Advanced Photon Source. "Our research is designed to accentuate the coupling between the electric and magnetic parameters by subtly altering the structure of the material."

The Argonne-led team focused on the compound EuTiO3 (europium-titanium oxide), which has a simple atomic structure that suited it especially well to the experiment. The titanium atom sits in the middle of a cage constructed of the europium and oxygen atoms. By first compressing the cage through growing a thin film of EuTiO3 on a similar crystal with a smaller lattice and then applying a voltage, the titanium shifts slightly, electrically polarizing the system, and more importantly, changing the magnetic order of the material.

"The europium and the titanium combine to control the two properties," Ryan said. "The position of the titanium influences the electric behavior, while the europium generates the magnetic nature. There's a shared responsibility for the system's coupling behavior."

This new approach to cross-coupling magnetoelectricity could prove a key step toward the development of next-generation memory storage, improved magnetic field sensors, and many other applications long dreamed about. Unfortunately, scientists still have a ways to go to translating these findings into commercial devices.
Potential magnetic and electric memories each have a distinct appeal to researchers. Electric memories - like the kind used into today's electronics - allow computers to write data fast and very efficiently. Magnetic memories are less energy efficient, but are extraordinarily robust.

"The more we learn about magnetoelectrics, the more we open up this space that gives us the best of both worlds," Ryan said.

Because the electric and magnetic parameters in these particular materials are so strongly linked, engineers might also be able to use them in the future to create non-binary memories.
"Instead of having just a ‘0' or a ‘1,' you could have a broader range of different values," Ryan said. "A lot of people are looking into what that kind of logic would look like."

A paper based on the research, "Reversible control of magnetic interactions by electric field in a single-phase material," was published in Nature Communications.

A portion of the research was funded by the U.S. Department of Energy's Office of Science. The research was also supported by the National Science Foundation, and the EPSRC (United Kingdom-funded beamline at the European Synchrotron Radiation Facility.)

The Advanced Photon Source at Argonne National Laboratory is one of five national synchrotron radiation light sources supported by the U.S. Department of Energy's Office of Science to carry out applied and basic research to understand, predict, and ultimately control matter and energy at the electronic, atomic, and molecular levels, provide the foundations for new energy technologies, and support DOE missions in energy, environment, and national security. To learn more about the Office of Science X-ray user facilities, visit isit the user facilities directory.

Argonne National Laboratory seeks solutions to pressing national problems in science and technology. The nation's first national laboratory, Argonne conducts leading-edge basic and applied scientific research in virtually every scientific discipline. Argonne researchers work closely with researchers from hundreds of companies, universities, and federal, state and municipal agencies to help them solve their specific problems, advance America's scientific leadership and prepare the nation for a better future. With employees from more than 60 nations, Argonne is managed by UChicago Argonne, LLC for the U.S. Department of Energy's Office of Science.