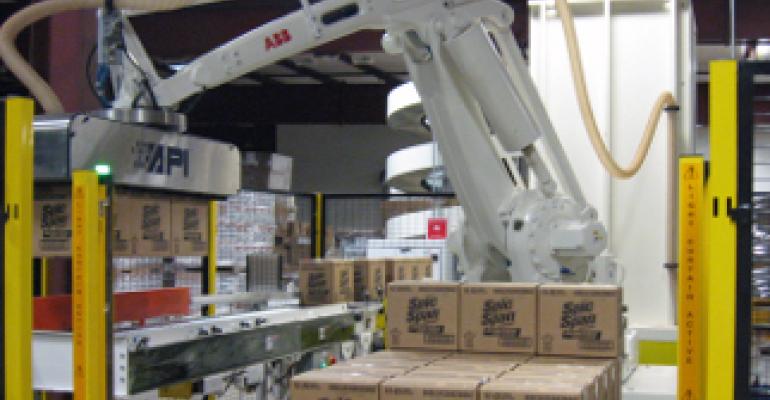 A new American national robot safety standard has been approved by the American National Standards Institute (ANSI). Developed by Robotic Industries Assn. (RIA), the ANSI/RIA R15.06-2012 standard has been updated for the first time since 1999 and is now harmonized with the International ISO 10218:2011 standard for robot manufacturers and integrators.

"We are excited to introduce the new standard," says Jeff Fryman, director of standards development for RIA. "This has been a process which required the involvement of robotic industry leaders from across North America and all over the world. I'm proud of this new standard and thankful for efforts of everyone that participated."

The adoption of the international standard allows systems designed and built in one country to be freely moved to other countries while maintaining compliance with safety regulations.

"This global standard results in no change to our ongoing expectations for industrial robot safety while it introduces exciting new capabilities as a result of the ever changing technical improvements," states Roberta Nelson Shea, chair of the RIA R15.06 subcommittee.

A key feature in the standard is "collaborative operation," which is the introduction of a worker to the loop of active interaction during automatic robot operation. Systems can now be designed for the operator to directly load/unload the robot or manually drive the robot to a selected location thus eliminating costly fixtures.

Another key feature is that the standard addresses "safety-rated soft axis and space limiting" technology. This optional feature available on new robots may have different names depending on the robot manufacturer, but the functionality remains the same. Safety-rated software is used to control the robot motion so that restricted space can be more flexibly designed. Case studies have shown that that this saves both floor space and cost in the system design.

Standards development efforts will now shift to issuing new documents which will provide guidance to the user on using the new ANSI/RIA R15.06, including technical reports on risk assessment and proper implementation of safeguarding robot systems.

RIA will host a full program that highlights important features and requirements in the new standard at the National Robot Safety Conference, Oct. 14-16, 2013, in Indianapolis, IN. RIA also offers in-house robot safety training. For more information on robotics safety or to order a copy of the ANSI/RIA R15.06, visit Robotics Online.