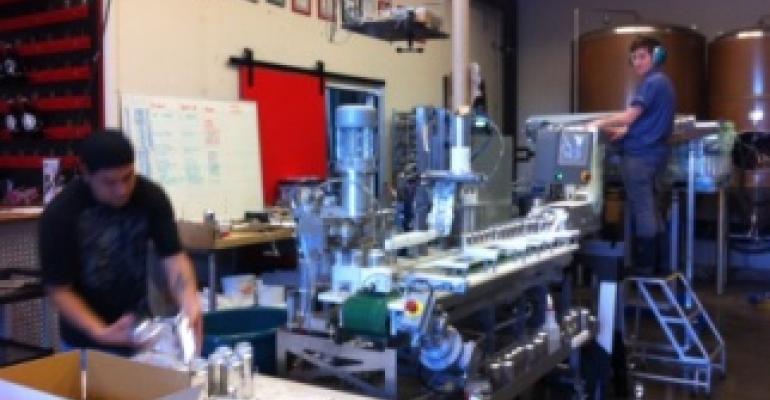 The Can Van&#039;s mobile canning equipment 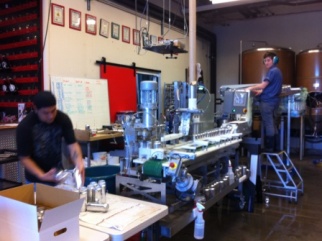 Craft beer is big business in the U.S., and getting bigger by the day. The Brewers Assn. reports that craft breweries sold approximately 356 million gallons of beer in 2011-up from 314 million gallons the year before.

Unfortunately, most breweries are small businesses, so the amount of floor space and dollars they can allot to packaging their wares is limited. This can put canning out of reach. While many beer makers prefer cans (they block the beverage from flavor-destroying light, they conserve shipping costs due to the reduced bulk and the unbreakable containers are allowed in more venues), canning requires a large outlay for equipment, which takes up considerable space, and calls for significant materials investment.

Enter The Can Van. The startup company was founded by a group of friends who met in the MBA program at Presidio Graduate School in San Francisco. One of the team, Jenn Coyle, had been chatting with her father about beer, travel in places like Alaska, and the challenges that local microbreweries face in packaging and sharing their wares, when the idea began to form.

"When it comes to beer, there are weight issues with bottles, and environmental concerns," she says. "They don't recycle glass in most of the state, people frequently travel by plane-it would be great if some of the Alaska beers could be in cans, so that more people could enjoy them."

Coyle and four other friends (Lindsey Herrema, Kate Drane, Jake Blackshear and Heath Cox) began exploring the possibility of mobile canning. The group looked into businesses that provide mobile bottling services to the wineries common to the Bay Area, and it dawned on them that drawing upon that business model to help local breweries put their beverages in cans could hit it big by providing a brand-new service, and boost the local economy. 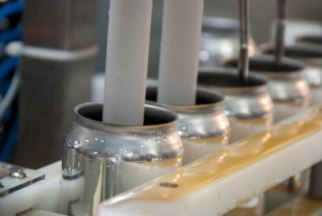 The first step: groundwork. While the group of friends shared a high degree of enthusiasm about beer, none in the group had in-depth knowledge of the packaging industry. The team attended different craft-brewing conferences, visited breweries, spoke to experienced brewers, researched equipment types and manufacturers, and came up with a general concept. They sought out a packaging expert who could help them engineer a packaging line that met their exacting standards and specific requirements-namely, something that offered a compact footprint, ability to stand up to frequent transport and had relative ease of setup. Other concerns included keeping the beer cold, and maintaining the high-quality standards that beer nerds are known for.

While attending the Craft Brewer's Conference in San Francisco in March 2011, The Can Van team met up with representatives with Wild Goose Engineering, a Boulder, CO-based manufacturing research, design, marketing and integration firm. According to Roger Walz, global sales and Goose Engineering, The Can Van team was prepared and dedicated to its goals of packaging beer.

"They had a business plan, investors and a strong interest in creating a mobile canning business in northern California," Walz says. Wild Goose Engineering appealed to The Can Van because of its special expertise in beer packaging. In 2009, the company's next-door neighbor-Upslope Brewing Co.-approached the team looking for help in automating its manual canning line. Thus, Wild Goose Canning was born; the division handles a range of canning applications, including energy drinks, teas, soft drinks, wine and other beverages, but its specialty and passion is with beer canning. 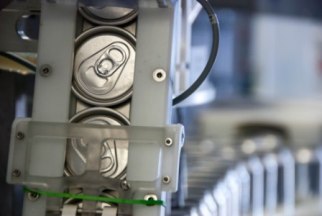 The Can Van's line consists of some components from Festo, and the rest of it is built by Wild Goose. The Can Van canning line includes the following machines:
• A MC-50 manual canning unit, which features dual fillers and a single seamer;
• An automated two-head MC-100, which is a dual-fill, single-tower automated canning line with a compact footprint;
• An MC-500, which consists of two MC-250s working in tandem. An MC-250 is a quad-fill, two-tower, compact automated canning line that handles up to 40 cans per minute.

Additionally, The Can Van decorates its customers' cans with a Model 310 pressure-sensitive labeler from Advent Machine Co. LLC. The equipment is housed in a doubleaxle trailer, which can be hauled via the hitch of a pickup truck. The line rolls out of the trailer, is put into position on the brewery floor, hoses are connected to the tank and the line is operational.

The cans are provided by Ball Corp. Herrema boosted The Can Van's materials knowledge base by attending a four-day "can school" at the vendor's headquarters in Broomfield, CO. There, she and other students heard lectures about how cans are made, the firm's sustainability initiatives, visited manufacturing facilities and viewed the range of filling possibilities in the company's laboratories.

The first company to sign up for The Can Van service is Devil's Canyon, a mid-size brewer in Belmont, CA. The company provides contract brewing for a number of other companies, and it also sells its own brews. It uses The Can Van to put several of its beers in 12-oz cans for sampling purposes; it also sells its Full Boar Scotch ale and California Sunshine IPA in 16-oz cans. According to owner Chris Garrett-who learned of the startup through a friend, a professor at the Presidio Graduate School where the concept germinated-the idea appeals to small- and mid-size brewers for a number of reasons.

"First of all, think of the multiple pieces of equipment you have to acquire to get a canning line in place," he says. "All of that machinery sits idle most of the time, until those days you're actually ready to use it. Sharing use of that equipment across multiple businesses makes more sense. It also greatly cuts down the costs associated with canning." 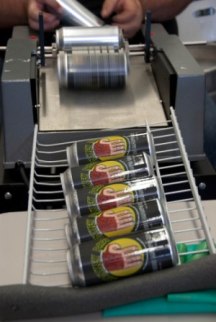 While some beer makers and consumers view glass bottles as the better way to package beer, Garrett says cans offer clear benefits.
"Cans are by far the best vehicle for beer," he says. "They block the light, they keep out the air, they're affordable and they're more sustainable."
Herrema adds that as time goes on and more beer folk, such as Abita and Sierra Nevada, put their wares in cans, the gap between glass and aluminum cans could continue to narrow.
"Some brewers are trendsetters," Herrema says. "As consumers see more brands that they already know and like making the change to cans, and some of these higher-profile breweries get into canning, it'll change people's minds."