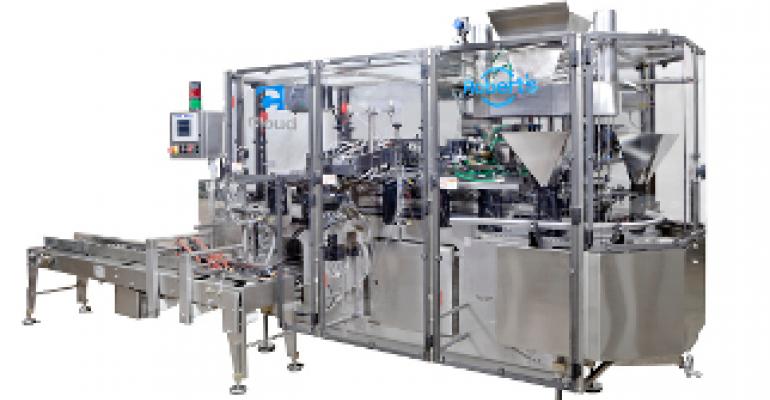 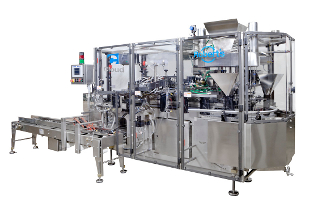 In addition to tens of thousands of attendees who made the trip to Las Vegas for PACK EXPO, there were plenty of packaging machines that did, too, including one pouch packaging machine on display in the Cloud Packaging Equipment/Robert's Packaging booth that was ultimately destined for installation at Canada's Manitoba Harvest Hemp Foods.

Manitoba Harvest Hemp Foods selected the Robert's IMP 1500 intermittent-motion horizontal fill-seal machine (shown) after an extensive search for a system to satisfy skyrocketing demand. Manitoba Harvest has experienced 60 percent growth in this year alone and an additional 100 percent over the past two years. The company's plans include tripling its output capacity. The high level of protein and omegas in the hemp seed-based food products matched with the appealing flavor is spiking consumer demand. Manitoba Harvest's customer base is quickly expanding from traditional Health Food retailers to grocery chains and big box retailers like Costco.

Manitoba Harvest chose the IMP 1500 due to its flexibility to handle small packages of a few ounces to large packages greater than 20 pounds in a variety of styles. Thus, one machine can do the job they had assumed would require multiple-and the company is prepared for both current and future demand. Manitoba Harvest's products include Hemp Hearts raw shelled hemp seed, hemp protein powder, and hemp oil. Packages range from individual snack packs to large club-store sizes.

Packaging Digest learned that one pack size, a 12-ounce pouch, is expected to be filled at a rate of 50 packs per minute.

One of the elements Manitoba Harvest truly appreciated is the IMP 1500's traveling funnels. The travelling funnels allow extended filling time without slowing the machine. This accommodates large fills and hard-to-fill products. Simultaneously, the fully adjustable vibrating conveyor helps settle the product in any size bag as it moves through the filling section. In addition, the machine rejects bags that fail to open in a way that allows them to be reused, reducing scrap and increasing payback.

Other deciding factors included a significant advantage in return-on-investment over competitive machines, a positive mechanical zipper opening feature, local service and engineering support from the Chicago-based manufacturer, a history of standup pouch expertise, and a complete system approach including weigher integration.