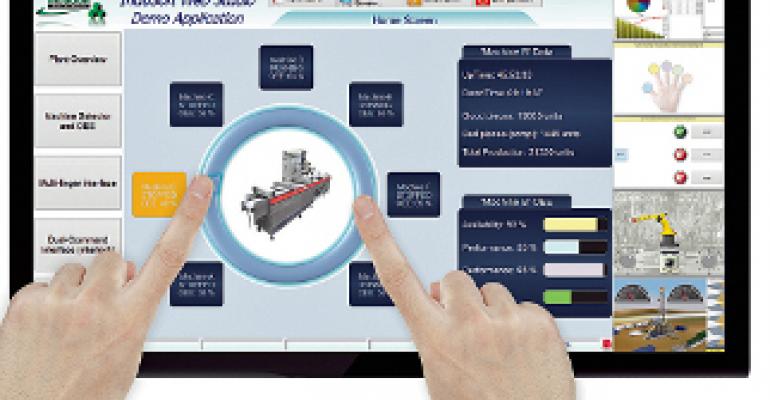 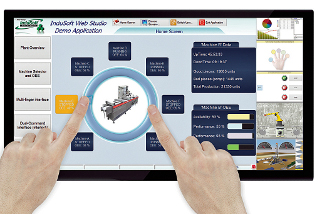 Unlike traditional touch screen designs, multi-touch systems can recognize the position of several touch contacts and finger movements (gestures) at the same time. Without a keyboard or point device, users can navigate screens and issue commands for an entire system.

Training time is reduced because many gestures, like Zoom and Pan, function in the same way as they do for smartphones and tablet devices. Besides lowering training time, multi-touch technology provides much faster execution of commands. The average multi-touch screen users finish an action three times faster than they would by using a keyboard and pointing device.

Above all, multi-touch capability can improve safety. Certain actions may require operators to keep their hands away from a machine; the multi-touch screen can be configured to require users to have both hands on the screen before the command can be executed.