The Nestlé Nespresso SA Co., one of the fastest growing operating units of the Nestlé Group, has faced an unprecedented increase in customer demand for its portioned coffees in induividual serving capsules. The company, headquartered in Losanna, Switzerland, pioneered the concept of portioned high quality Grand Cru 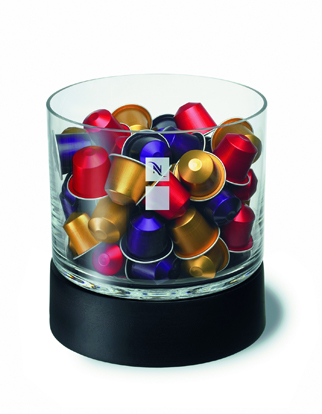 coffees for use at home, as well as at out-of-home locations, such as high-end restaurants, hotels and cafés, premium event caterers, customer care and luxury retail businesses.

In the past several years, the customer demand for its products has been well above the company's sustained annual compound growth rate of more than 30 percent. While presenting a great competitive advantage, the customer demand has also required Nestlé Nespresso to double its packaing productivity. Throughout its growth, Nestlé Nespresso's key priority has been to not only meet the customer demand, but also maintain a high quality standard for its products and processes. Integrity of its production process was thus regarded as critically important and could not be compromised in delivering the project.

Packaging line upgrade
Nestlé Nespresso turned to Cama Group, a maker of high technology secondary packaging systems and machinery based in Lecco in Northern Italy, to upgrade its existing packaging line and allow the company to meet the expanding customer demand. Cama's outstanding packaging knowledge, combined with a unique machine range and robotic loading units, made it a logical choice for the project.

Cama has grown steadily over recent years. The company's turnover has increased from 13.5 million Euros in 2002 to approximately 43 million Euros in 2010. In part, this success is due to a strong and developing relationship with Nestlé over the past 20 years. The group's previous experience in working with Nestlé to produce packaging for small cone-shaped ice-creams products, greatly influenced Cama's approach to the Nespresso project and instilled confidence in Nestlé Nespresso that Cama can deliver.

CAMA worked with Rockwell Automation to deliver the project. The two organizations have worked together across a number of projects, so their collaboration on the Nestlé Nespresso project represented a logical continuation of a successful relationship. In addition, Nestlé uses Rockwell Automation for all of its automation needs, which increased confidence in the ability of all parties involved in the project.

Doubling the capacity of the Nespresso packaging line required Cama to create a robotic wrapping machine with a dedicated feeding system uniquely designed to meet Nespresso needs. The project was intended to set a prototype for all future Nespresso facilities, placing extra pressure on the importance of its success. The key challenge was to help increase the safe handling of small cups at varying high speeds.

"We were under a lot of pressure to deliver this project swiftly and successfully in order to meet the rapidly growing demand for our product," says Enrico Induni, corporate engineering manager, Nestlé Nespresso. "The ‘devil's triangle' of maintaining quality standards, while delivering on a tight deadline and on budget, is always a struggle. In this case, however, Cama approached the project ‘the Italian way,' that is without any fuss and promptly resolving any issues. The project was delivered within budget and on time."

Cama has been developing robotic packaging systems since 1988, enabling it to offer a wide range of dedicated package loading units equipped with two or four-axis robots. These units are designed to meet different packaging requirements for a variety of products, such as flow-wraps, bags, thermoformed packs and cartons.

The Nespresso automatic line, that was built by Cama, is a state-of-the-art, fully automated packaging system that consists of a robotic loading system, a side-loading cartoning machine and a wrapping machine. The line runs 1,260 capsules/min. The loading system is a two-axis robot with picking heads designed and tailored by Cama to meet Nespresso's specific requirements. The side-loading cartoning machine places the coffee cups in sleeves containing up to 10 items per sleeve. Each sleeve is sealed and codified by a laser after being filled. The wrap-around machine then loads the sleeves into the shipping cases, which contain 20 sleeves. A pallet system picks up the cases and takes them to the outbound line. All the production data is transmitted via Ethernet to a central data collection system. 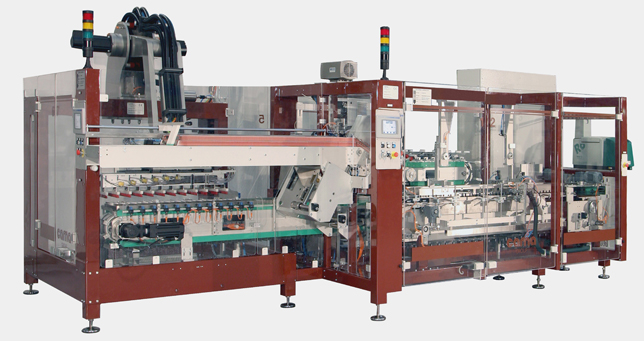 The Rockwell Automation team in Switzerland worked with Cama on this project because the Nestlé Nespresso plant is located there.

"It is a great advantage to work with companies such as Rockwell Automation and Cama, who can draw on their subsidiaries in various countries," says Induni. "For a global company such as Nestlé, this is a key competitive advantage, ensuring that the project can receive prompt and efficient support regardless of its geographical location."

Cama held a week-long workshop for Nestlé Nespresso technicians at its plant in Lecco to familiarize them with the technological specifications of the machines. Cama continued to provide training on the Nestlé Nespresso production floor to allow its technicians to learn how to use the equipment.
Close coordination

When suppliers team up to deliver a product to a customer, communication and information sharing often becomes a challenge, as companies may sometimes be willing to reveal only partial information about their equipment and knowledge relevant to the project. As a result, teams, without full knowledge of each other's competencies, may not understand how to fully leverage each other's equipment and expertise.

The coordination between the Rockwell Automation and Cama teams was efficient and seamless. "Major multinational manufacturers are standardizing with Rockwell Automation's equipment, because it is hugely innovative, easy to use and performs impeccably," says Giovanni Anzani, project manager for the Nestlé Nespresso and CAMA Group. "In addition, our teams had a good knowledge of each other's equipment and worked really well together."

The project took only eight months to complete from start to finish-a very short timeframe for delivery of such a complex project. "Under such circumstances, strong commitment of resources and will is required from both the supplier and the customer to help ensure the success 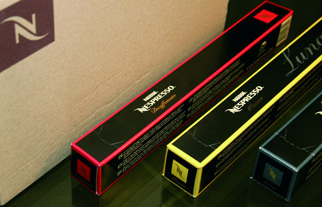 of the project," says Nespresso's Induni. "I am happy to report that Cama and Rockwell Automation were able to work together and meet all objectives of the project."