Vision system improves productivity at the Royal Canadian Mint by 60% 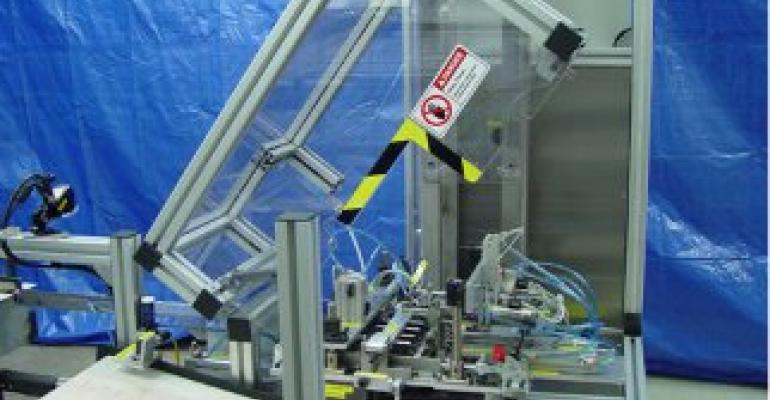 With a worldwide reputation for product quality, customer service, and minting technology, the Royal Canadian Mint (RCM) is at the forefront of innovation in producing coinage and currency. The Mint uses advanced automation equipment to count and wrap pennies in rolls. However, in the past these rolls were manually inspected for the number of pennies contained and the integrity of each package. Recently, the Mint has improved efficiency by implementing a machine vision system that checks the package to make sure it is intact and verifies that the roll is the correct length. The machine vision system has improved inspection productivity from 25,000 to 40,000 rolls per shift and reduced downtime while eliminating a difficult and troublesome manual task. 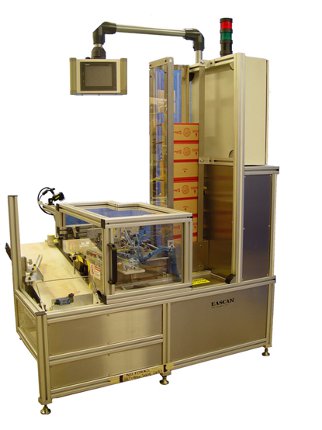 A commercial Crown corporation of the Government of Canada, the RCM has over 800 employees with facilities in Ottawa and Winnipeg. The RCM's business lines include Canadian and foreign circulation coins, numismatic coins (for collectors), gold, and other bullion investment products and refining. The RCM produces all of Canada's circulation coins and is a leading producer of coins for foreign countries with approximately a one-third share of the world market. From 1976 to 2010, the RCM has manufactured coins for 75 countries. These coins are produced at the Royal Canadian Mint's facility in Winnipeg.

The metal disks called blanks that become pennies are first run through a rimmer that forms the circumference of the blank to achieve a raised edge. The blanks are then mechanically fed into a coining press. Two coin dies come together to strike the image on both sides of the coin at once. The coin is then ejected from the press, is fed through an optical inspection process and then into a packaging machine. The machine accumulates 50 pennies and then inserts a metal ball between every 50th penny and the start of the new roll.   The machine then extrudes a continuous plastic tube around the pennies and steel balls, cuts the tube at each ball, and separates the finished rolls from the balls (which are re-used for more rolls).

There are a number of potential problems that can occur in the automated boxing process. For instance, the ball might not be rejected, in which case it might be wrapped into a roll of pennies or might also remain loose on the conveyor. Also, if a ball is missing, then a roll might be created with too many pennies. On the other hand, rolls are sometimes created with fewer than the specified number of pennies. In the past, an operator was responsible for watching the rolls as they came by and pushing a button to reject any non-conforming rolls. The use of manual inspection created the potential for error. Every time a long roll, short roll, or ball bearing slipped through it would jam the automated boxing machine down-line that put the rolls into boxes. It took about five minutes to clear the wrapping machine.

Inspection applications such as this one have traditionally been manually inspected because of the challenges they present for automated inspection. But in recent years, vision systems have become more powerful and less expensive, so the Mint decided to take another look at automating inspection of the pennies. The Mint discussed potential automation solutions with Eascan Automation Inc., a custom machine builder that provides mechanical design, fabrication, assembly, testing, service, and support of automated machine solutions. 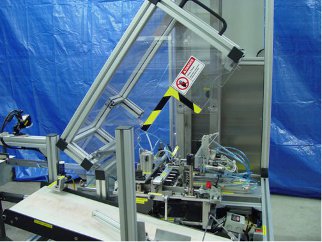 "We looked at the application and quickly determined that the boxing portion of the application could not be accommodated by conventional solutions, and that the inspection operations would require a particularly creative solution," said Phil Bernadin, Owner of Eascan. "Machine vision has long been much more intelligent than other types of sensor technologies, but until recently, it was expensive, bulky, and difficult to configure. But these issues have been all but eliminated in recent years with the introduction of a new generation of vision technology. The cost of vision technology has dropped to the point that you can purchase a very capable system for under $1,000. The latest vision sensors are self-contained and quite compact. Most important, point-and-click interfaces combined with high-level vision tools make it possible for even first-time users to configure and maintain vision applications in a matter of minutes."

"We selected the Cognex Checker 3G1 vision sensor for this application because of its low cost, small size, and wide range of capabilities," Bernadin added. Checker vision sensors integrate lighting, optics, camera, processor, and I/O in an industrial IP67 housing small enough to fit into the tightest of spaces. Checker technology detects and inspects parts by understanding what they look like. This approach overcomes varying part positioning which eliminates the need for costly fixturing. An intuitive GUI makes it possible for even a first-time user to setup an application in minutes.

Bernadin assisted in the design of the inspection and automated boxing machine that accepts wrapped rolls from the upstream wrapping machine. He then set up the vision sensor to interface with the Allen-Bradley MicroLogix 1500 programmable logic controller (PLC) that operates the packaging machine. He connected the vision sensor to the PLC with a 12-conductor cable. The inspection operation begins when a proximity sensor detects an object moving down the conveyor and triggers an image acquisition. The camera then sends a Part Pass" and a "Part Detected" to the PLC.  The PLC is programmed so that if a roll is not found within 100 milliseconds of an object being detected, then the object is rejected by an air stream. In nearly every case, the rejected objects are the steel balls used in the packaging process of the rolls.

Bernardin began programming by connecting the vision sensor to a PC, installing the programming interface on the PC and positioning the vision sensor to capture an image of a roll of pennies. Light reflects off the crest of the pennies through the transparent wrap and creates a bright rectangle. The steel balls, if they are present, generate a point source of light. Bernardin created a search region around the roll and selected a brightness tool. He used the pattern tool to ensure that the sensor detected the roll every time. When a roll is found, the vision sensor activates a static output that is connected to the PLC.

Bernardin tested the program and determined that it provides very high accuracy in detecting non-conforming and good rolls, as well as foreign metal objects such as the balls. He then set up the Cognex Checker programming interface, which provides access to the same graphical programming interface that used to program the application. He trained the machine operators to maintain the program. The operators now can make changes to the program on their own. For example, if the camera moves they can easily change the inspection regions. The machine built by Eascan then stacks 50 rolls into a cassette and puts the rolls in a box.

"This inspection system offers advantages to the automated boxing machine," Bernardin concluded. "It has nearly eliminated downtime caused in the past when non-conforming rolls or ball bearings jammed up the machine. It inspects rolls at a rate of 40,000 per shift, much faster than a human inspector, making it possible to increase the speed of the automated machinery. The vision system is robust and can be easily maintained by shop personnel. In the end, it is a much better way to inspect rolls of pennies."