A 5-pack of the year’s best beer packaging 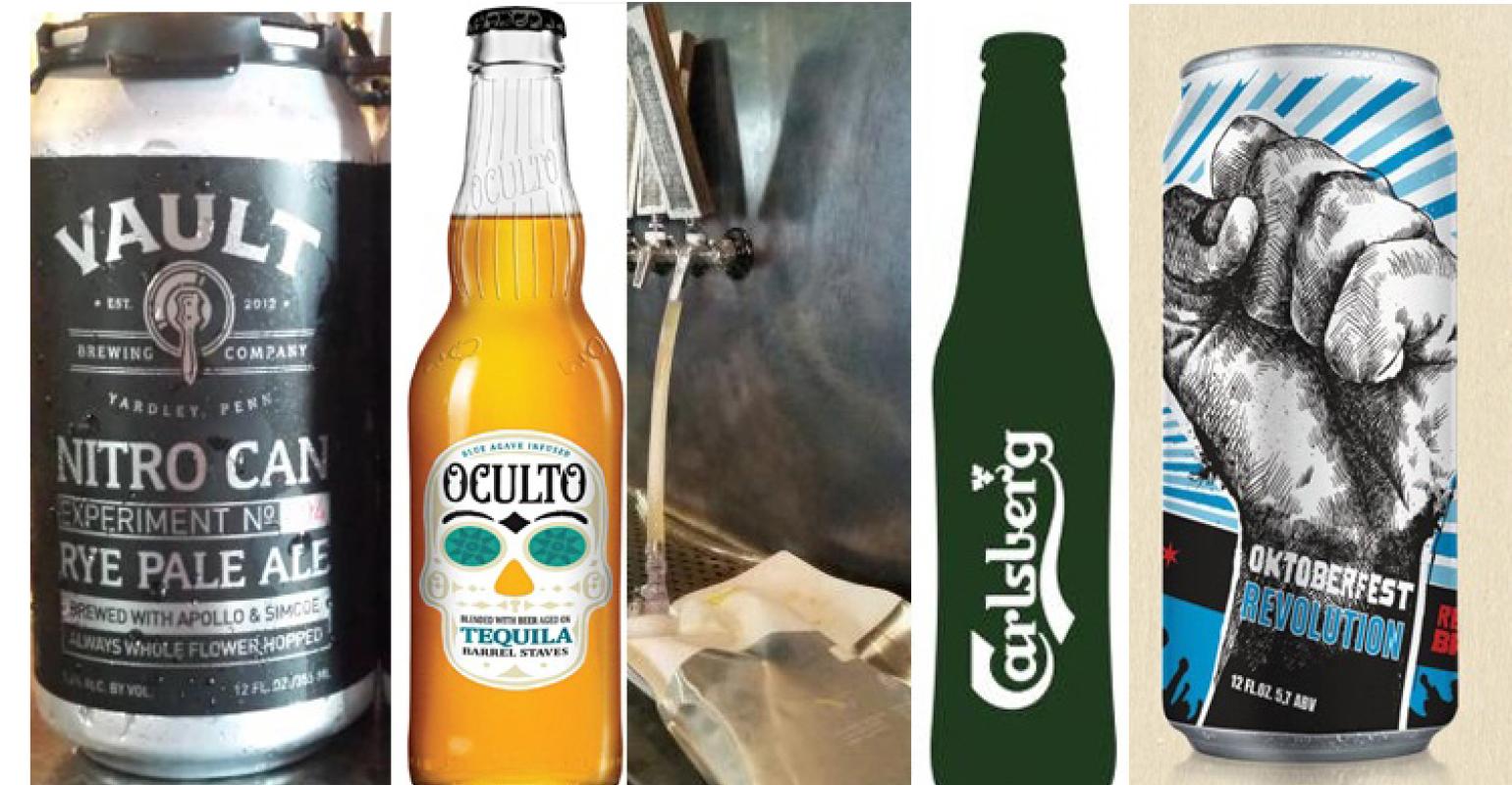 We dispense for your discernment a quintet of the best-read beer articles in 2015 that center on breakthrough packaging formats and innovative package designs.

While we Americans pride ourselves in being #1 in just about everything, it turns out that the United States is “just” the second leading country in worldwide beer production, with an amount of about 224 million hectoliters. Also, #1 isn’t Germany, which is #4, it’s China. Brazil, by the way, is #3.

Our runner-up role is not from lack of trying: There are 3,464 U.S. breweries—nearly three times Germany’s number—helping provide that volume, with the landslide majority, 98% or 3,418, of those being craft brewers (beer sources: Statistica.com, CraftBeer.com and WorldAtlas.com).

We conduct our own almost-end-of-year beer statistics here at PackagingDigest.com, too, where an assessment revealed the top articles that headed the beer packaging category in 2015. We present those in reverse order in this proprietary and rare 5-pack format. 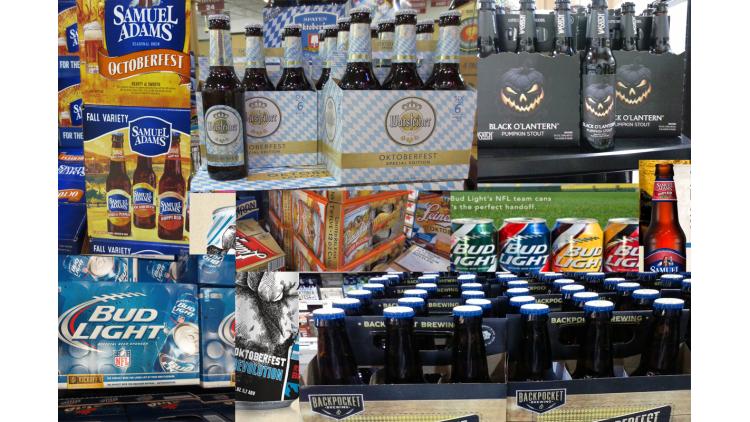 If there’s any month that’s associated with beer, it would be one that’s two months past—and that’s coincidentally when our special report on Octoberfest and related seasonal packaging appeared. It features a rainbow pack of designs and varieties from a literal new angle on multipack design for limited release brew from Leinenkugel’s, a darkly spooky Pumpkin Stout with a jagged-edge carrier and a whole lot more. You’ll find the season’s colorful array of offerings in Beer packaging celebrates Octoberfest with colorful diversity.

Served next: An at-home beer appliance tailored to pouches. 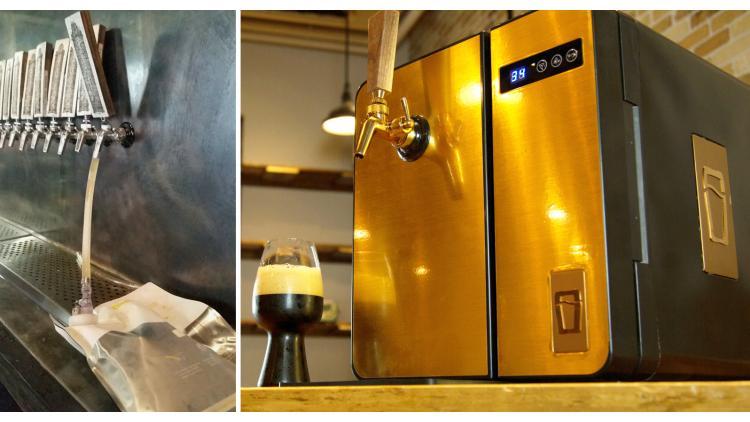 Is pouched beer a crazy idea? Not for two companies, Synek and Mondi, that have developed a whole system around pouching beer thanks to a new countertop beer dispenser designed for in-home use. With this innovation, craft beer enthusiasts can buy their favorite brews by the gallon and enjoy them for up to 30 days without fear of spoilage. We don’t want to spoil all the details, so for more information read  Craft beer appliance uses pouch to compete with growlers. 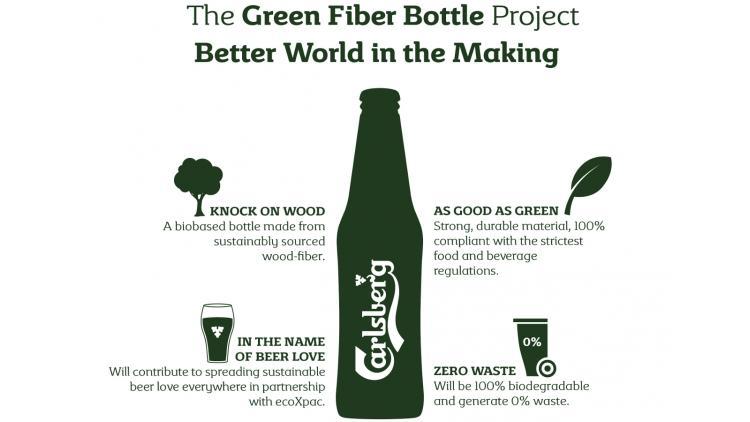 You can read about the breakthrough packaging here.

Also, check out the 3 thoughtful comments that were posted that can be found at the end of the article. 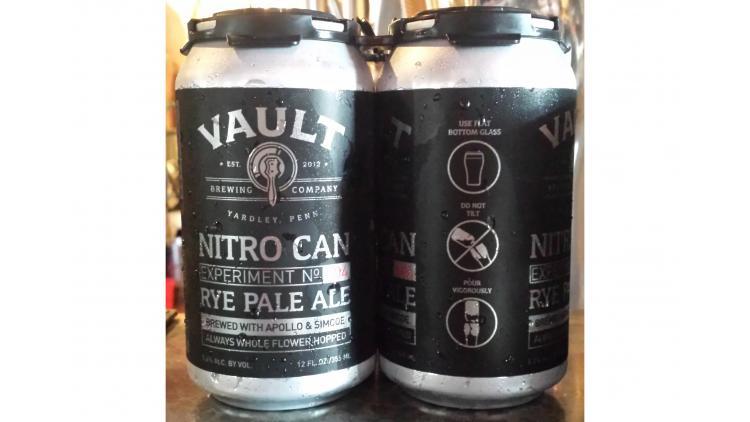 Vault Brewing’s packaging method gives canned beer—the Nitro Can—a smooth, micro-bubbly pour to mimic that of draft beer without the use of nitrogen-charged widgets. One of the brother-owners provide a virtual tour of the can and of the filling line that uses a unique mechanism to make it happen, which is not as easy to do as you may think. Read the story behind the foam. 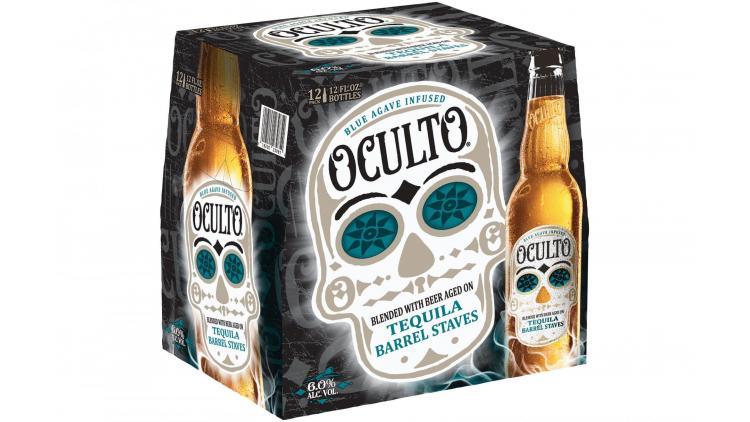 One beer (article) stands head—well, more like a skull—and shoulders above the others. Launched purposefully on Friday March 13th, Anheuser-Busch’s Oculto brew lives up to its name by presenting on-package details and several surprises that represent several firsts in the U.S. beer market. We detail those mysterious elements that you also found intriguing in Mysterious oculto beer serves on-package surprises.

Notably, the company has introduced a special events version—Oculto 2.0?—that is fully loaded with even more technology including an LED smart label. We’ll report on that soon, but here’s a teaser graphic below while you stay tuned for the details to be revealed in the next week. 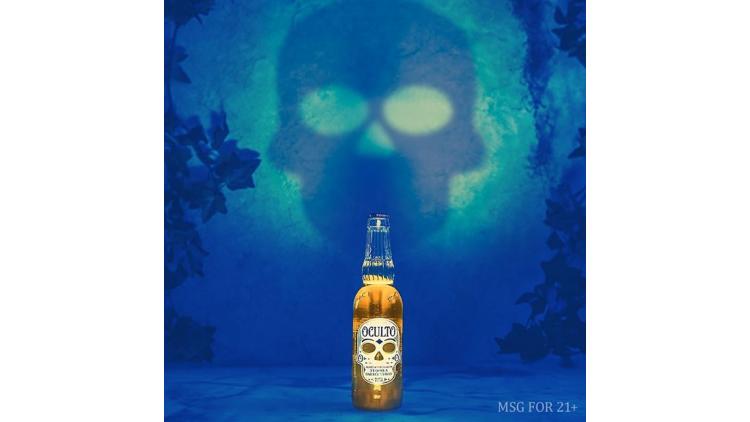 Like beer packaging? Check out the Beer & Spirits conference at WestPack 2016, Feb. 9-11 in Anaheim, CA.

How to Successfully Navigate Environmental Regulations
May 03, 2021