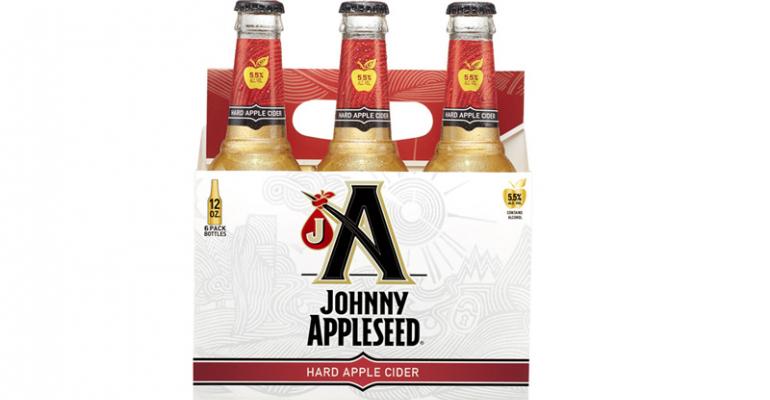 Anheuser-Busch is entering the rapidly-growing cider category with its first wholly new brand in eight years—Johnny Appleseed. The hard apple cider has been in development since 2011 and is based off of the well-known adventurer and story teller. According to the company, Johnny Appleseed Hard Apple Cider caters to anyone with a thirst for adventure and a story to share.

Everything from the taste to the packaging was co-designed by more than 750 consumers (men and women 21-34 years old) across the U.S., Canada and United Kingdom.

“Cider is hotter than ever right now, and Johnny Appleseed is an exciting new entry to the category” says Adam Oakley, vp of high-end at Anheuser-Busch. “We have something very special here—the perfect balance of sweetness and intensity with a refreshing crisp apple bite. It’s unlike any other hard cider on the market today.”

With an ABV of 5.5 percent, Johnny Appleseed is a refreshing hard apple cider best sipped on the rocks in a highball glass to bring out the full, crisp apple taste. Crafted in Baldwinsville, New York, it is made with apple juice sourced from apples in the U.S. and fine orchards around the globe, as well as cider yeast and other natural ingredients.

Johnny Appleseed Hard Apple Cider hits shelves April 7 nationwide and will be available in 12-oz glass bottles with a twist-off cap in six-packs and 12-packs, and sold individually in 16 oz. and 25 oz. cans. Draught distribution will be available starting this summer.