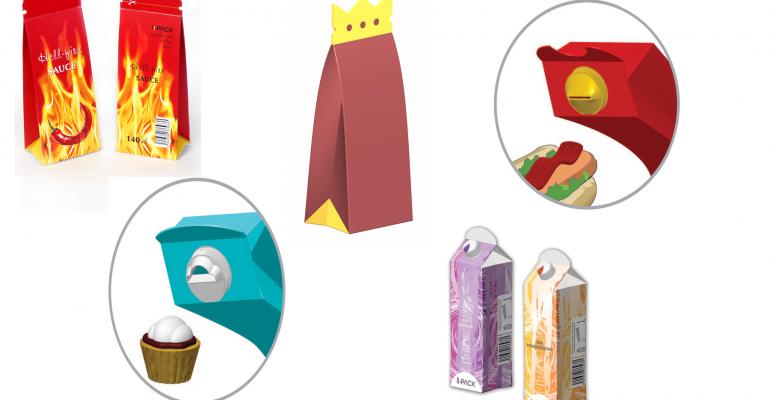 A patented carton that can be made foldable or compressible addresses product and packaging waste concerns and is part of a family of inventions under the Project: I-Pack name that also includes a unique airtight, one-way-valve cap.

Do you ever crush gable-top cartons with your bare hands or stomp on them before putting them into the recycle bin to save space? I do it all the time. For others like me, there's a European inventor who has a patented solution, one that also offers a unique valved cap that extends the shelf life of liquid foods and beverages. It arrives at a time when food, product and packaging waste are top concerns.

Muchtar Ismailow is general director/inventor with K-Bis Studio, a small family-run company that has operated within the Polish market since 2002. His patent was sparked by a problem-solution he pondered over a number of years.

“The idea of packaging to prevent beverages from going bad after opening was born long ago,” he says. “I did not like the fact that after consuming a small amount of juice or milk, the remaining packaged product had to be discarded after several days.”

While the product plays a role in shelf life, so does the packaging, that latter of which is attributable to the growing headspace as the product volume decreases with use. As a designer, he felt that there were solutions available down two avenues:

2. Creating a hermetic valve that would retain pressurization when the packaging was compressed.

“I like challenges, so I didn’t abandon the idea over these many months,” Ismailow says. “It was only when I was able to create a compressible carton—I considered only cartons for this, not other packaging—that I started working on the valve.” 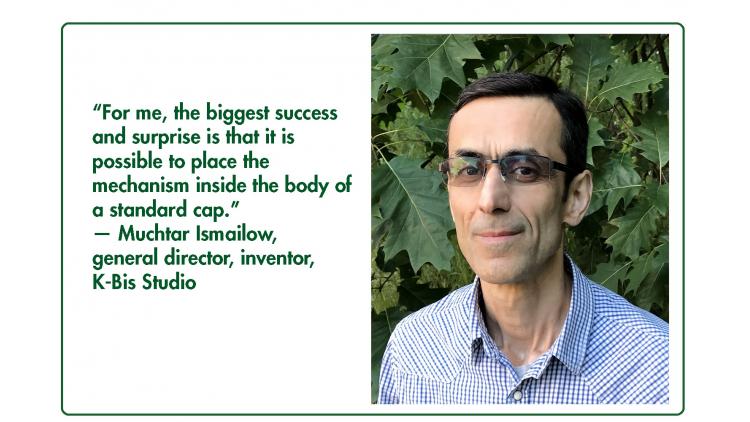 The problem was not creating a hygienic valve by inserting a spring-loaded flap onto the valve assembly that would prevent let foreign bodies from entering the package. “The real challenge was to create a 100% airtight valve that would not let air pass,” he points out.

After much research and experiments with different materials and constructions, he reached a solution that was as surprising as it was ingeniously convenient.

“For me, the biggest success and surprise is that it is possible to place the mechanism inside the body of a standard cap,” Ismailow reports. “Another success is, of course, the price. We expect that in mass production the price will not be higher more than by 30% in comparison with the models present on the market of dosing caps or caps with cutting elements. The reason is that the I-Pack airtight valve can be made of the same standard materials and its construction is not more complicated than that of those valves.” 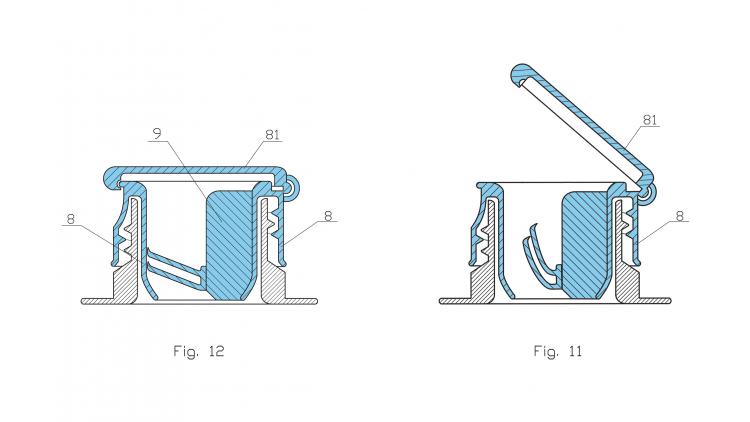 A drawing of the one-way valved cap.

The one-way valve is intended to allow the product outside and, of course, prevent its return back into the container. At the same time, the valve effectively blocks air from entering the inside of the packaging, thus providing a hermetic seal. The structure of the valve enables to be both on the outlet as well as on the screw cap. It is also possible to modify the shape of the valve for dispensing different products into various designs, such as a ribbon.

The I-Pack structure enables the user to adjust the product flow capacity and the pressure exerted on the paperboard carton.

The company applied for a patent in 2013 and in 2016 received European Patent EP 2845816. The basic idea of the I-Pack design is that as the product is used, the container can be reduced in volume until it is completely collapsed. The design specifies the scored creases and the specially contoured shape of the gable-top carton to define and facilitate  the folding direction in specific way. This makes the process intuitively simple and natural for the user, Ismailow claims. 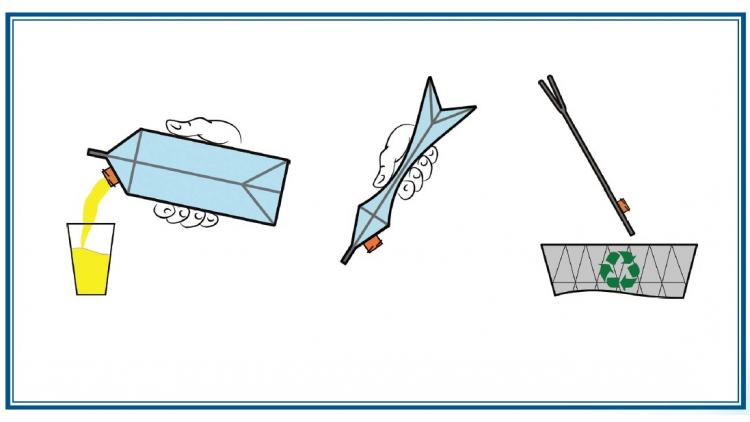 1. Foldable packaging with a normal cap. After emptying the package, the design facilitates folding and waste sortation.

3. Airtight valve can be found in the compressible packaging that also prevents the beverage from spilling when the package is dropped.

4. Airtight valve has additional value to extend the beverage freshness and shelf life after the package has been opened.

Of these four options, Ismailow feels that the two that hit on social welfare, environmental issues and sustainable development segments hold the most near-term promise. Those are the foldable packaging that provides real help in waste sorting and storage, or the airtight valve with compressed packaging, he suggests.

“The challenge for us is to promote the I-Pack Project, to exhibit it at Fairs and to distribute prototypes and brochures to decision-makers,” he says. “Our upcoming plans also involve finding financial support for this promotion.”

For further information, Muchtar Ismailow can be reached by email at [email protected]