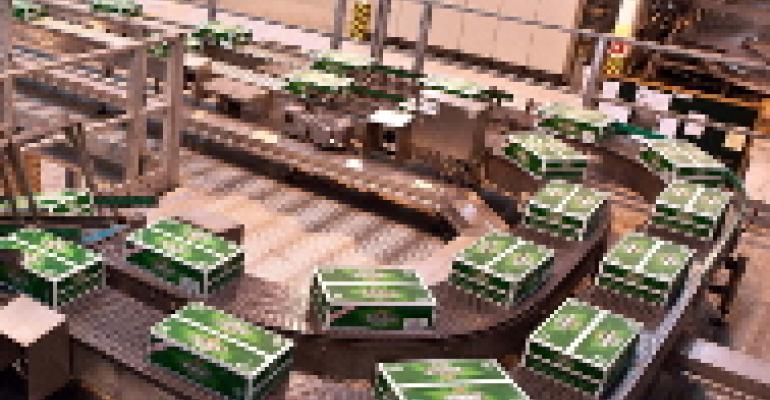 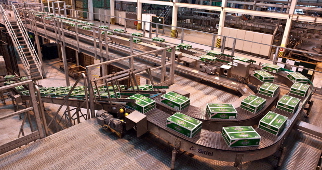 Following the success of similar previous facilities built for Vietnam Brewery Limited (VBL), Sidel was asked to install another high-speed, beer-canning line. The new line was the third in as many years for VBL, of which Heineken: "The World's Most International Brewer", is an important partner.

The order for the first high-speed canning line was received in February 2009 for a 1,500-cans-per-minute line in Hóc Môn, a rural district of Ho Chi Minh City in Vietnam. Based on the success of this project and the significant improvements it brought in efficiency, the order for a second line for the Hóc Môn plant was placed in January 2010. Installation began in June 2011 with production commencing only three months later. The order for the third line was also placed in 2011, this time for VBL's facility in Da Nang, with installation undertaken in 2012 and becoming fully operational by August 2012.

The beer market, like many in the beverages industry, is demanding. Providing tailored packaging solutions that meet multiple needs such as reliability, flexibility, cost and sustainability, all at the same time, is not easy. And these are just the basic demands common to most players. In reality, each beverage producer is different, with their own unique set of specific requirements.

According to Dr. Lydia Winkelmann, Editor-In-Chief of "Brauwelt," the worldwide beer market has grown consistently over the past few years. Recent figures show that 1.846 billion hectoliters of beer were produced in 2010 - an increase of 29 million hectoliters over the figures recorded during the global financial crisis in 2009. However, that growth is not true for all parts of the world. The markets of North America and Europe are declining or stagnating at best. Yet in the developing countries of South America, Africa and particularly in Asia, demand is rising steadily.

In Asian countries with large populations, per capita consumption of beer is still relatively low, although, as the standard of living in these developing countries rises, so consumption is expected to grow too.

Most of the revenues in the beer industry over the past ten years have been earned by a few major players. Recent figures show that Heineken, along with the three other largest breweries, accounts for 50 percent of global beer production - and generates 77 percent of the profits. Heineken is one of the world's most famous brewers. A global brand itself, Heineken also brews and sells more than 300 premium, regional, local and specialty beers and ciders.

The Asian beer market is considered to represent the greatest potential for growth in the immediate future. The Vietnamese market is the third largest in the region, behind only China and Japan. Heineken, whose sales figures for the whole Asia Pacific region saw dynamic volume growth of 22 percent in 2011, is focused on further capitalizing on that potential.

Heineken around the world

Four generations of the Heineken family have been actively involved in the expansion of the Heineken brand and the company throughout the world. The company started life almost 150 years ago in 1864, when Gerard Adriaan Heineken acquired a small brewery in the heart of Amsterdam. This has subsequently grown into a worldwide business. Today, Heineken is a global beer brand - the world's best-selling premium lager brand. It has wide international presence through a global network of distributors and breweries. It is available in 178 countries around the world and has a worldwide footprint, with over 125 breweries and operations in 71 countries and around 70,000 employees. The company is one of the world's leading brewers in terms of sales volume and profitability, managing a portfolio of more than 250 beer brands. Other international premium, regional, local and specialty beers include Amstel, Birra Moretti, Cruzcampo, Desperados, Dos Equis, Foster's, Newcastle Brown Ale, Ochota, Primus, Sagres, Sol, Star, Tecate, Zlaty Bazant and Zywiec. Joint venture brands include Anchor, Cristal, Kingfisher and Tiger.

Heineken beer became available in the USA in 1933 when the country's 13 years of prohibition ended. In 1937, the first Heineken produced outside the Netherlands, was brewed in what was then the Dutch East Indies. Over the following years, the company then expanded though acquisition as well as growth. Starting in Western Europe and Africa, acquisitions in Central and Eastern Europe and Russia followed. In 2010, Heineken procured operations in Mexico and Brazil, acquisitions that strengthened the company's international portfolio with the addition of Dos Equis, Sol and Tecate beers. To create platforms for growth in 2011, Heineken acquired five breweries in Nigeria and two in Ethiopia. The company also started brewing in Mexico and India.

In addition to its portfolio of beer products, Heineken is the world's biggest cider maker with brands such as Strongbow Gold and Bulmer's.

Heineken in Vietnam
The Vietnamese as a people enjoy socialising. When they socialise, they like to drink beer. Increasing investment, both domestic and foreign, is generally creating a boost to personal income levels within the country. More expendable wealth, in turn, is allowing the Vietnamese people to enjoy more occasions on which to enjoy beer. This is all contributing to the healthy growth of standard lagers within the country, as consumers switch from economy brands to standard or premium lagers. Nearly three quarters of the population are less than 40 years old and one million young Vietnamese turn 18 each year. This means that the number of ‘primary drinkers' targeted by the brewing industry within the country - that is 20 to 40 years old - is expected to grow by 5 percent by 2015. This is the equivalent of an extra 1.7 million potential customers. With the growing availability of light beer, the market is also experiencing increased demand from female consumers.

Heineken is still a relatively new competitor in the beer market in Vietnam. Imparting the fashionable and luxurious appeal of the Netherlands, the beer is enjoyed mostly by the young and the upper class Vietnamese for its distinctive taste.

Vietnam Brewery Limited (VBL) opened its first brewery in 1993, in Ho Chi Minh City. The company is a joint venture between major shareholder Asia Pacific Breweries Limited, Saigon Trading Group (SATRA) and Heineken NV. The brewery was considered the most modern in the region at that time and still claims to be the fastest, biggest and most advanced canning line in Vietnam. The company expanded and, consequently, more production facilities quickly followed in other locations across the country, at Da Nang, Quang Nam and Tien Giang. Today, those four breweries are still owned and managed by VBL and are still serving the beer market in central and southern Vietnam with various brands including Tiger, Heineken, Bivina, Larue, BGI and Foster's.

Undertaking few exports, the local market remains key to Vietnam Brewery Limited. However, with sales of the majority of its brands in the top 10 in 2011, VBL still has the potential for future growth with its strong brand portfolio. Brand indicators are strong and growing. Heineken and Tiger are two brands that are typically creating high awareness and a positive image of the company throughout the country.

High-speed canning
The Sidel lines are the first high-speed canning lines in which Heineken has invested. The first line ordered in 2009 and installed in 2010 is capable of producing 90,000 cans within a single hour (1500 cans per minute). It fills 330-mL or 500-mL cans with Heineken or Tiger beer. This first high-speed canning line met record-breaking installation times and efficiency to respond to peak demand in the market. After three months, production was high and reliable enough to make any further performance test unnecessary. The second line, also at the Hóc Môn brewery, is equally fast and is used only for the 330-mL size cans. The most recent line also produces 330-mL cans of Heineken and Tiger beers along with Larue and Larue Export beers at 90,000cph. With its famous Tiger emblem, Biere Larue is produced under license. In 1909, it was the first beer to be brewed in the Far East and named after the French founder of the Brasseries et Placieres de L'Indochine Brewery (Vietnam). Biere Larue acquired a reputation as one of the Far East's premier European lager-style beers beyond its original Indochine borders.

The productivity of the equipment and reliability of the production line as a whole, is reflected in the attainment of 90 percent proven line efficiency for every operational line over each of the last three years.

Trust in Sidel
There were several decisive factors surrounding the new canning line. Following industry trends arising from material costs and transportation considerations, Heineken had opted to change from bottling in glass to canning. The location of the brewery, the space therein and the need for maximum production capacity, required the optimization of the production line's footprint. The chosen canning line, which utilizes vertical space where practicable, takes up only half the space of existing glass lines, with a production rate twice as fast.

Having a local team enabled Sidel to communicate effectively with VBL, and installation of the two previous canning lines for the same customer meant that Sidel was able to leverage the technical expertise acquired. Sidel also coordinated the shipment of crucial equipment with different delivery times from different countries (Italy, Switzerland and the Philippines). The company handled all the strict export and import documentation necessary, without any subsequent delays affecting site installation.

The mutual confidence gained by both customer and supplier - in the performance and reliability of the equipment and also in the skill and experience of the line-engineering experts and on-site technicians - enabled both parties to collaborate closely throughout the installation process.

Nguyen Thi Thanh Thuy, Sidel's Regional Commercial Director (Vietnam, Laos and Philippines) said: "The project was delivered ahead of schedule, with shipments coming from different continents. At the same time the team has continued to quicken the time for quoting and supplying spare parts for the existing lines. The recent customer order of a third line is a worthy reward for the team's commitment to deliver on-time parts, services and value-for-money."

Heineken, through VBL, is said to be pleased with the line and its efficiency and, as a result, is considering the Sidel canning line as its chosen standard in other parts of the world.