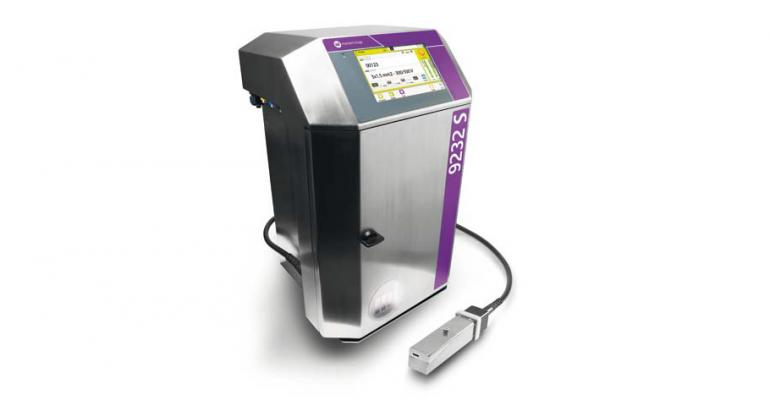 There is a huge leap in understanding packaging equipment by seeing it in the real world at a tradeshow compared to responding to an emailed press release. That added value takes a quantum leap forward when the person in the booth knows the machine literally inside and out.

Such was the case last week at TexasPack in Fort Worth, where one of the highlighted machines at the booth of Markem-Imaje was the vendor’s 9232S small-character inkjet printer optimized for high-speed, 24/7 beverage packaging operations.  “Beverage” is a broad term these days that includes the following substrates: PET, metal, glass, liquid carton bricks and pouches. My in-booth expert was David Podwika, central div. sales manager. In short, I was impressed by the attention to detail for several key aspects of the machine.

Specifically engineered to print up to 120,000 cans per hour and with up to 5 lines of text available, the 9232S has been designed for beverage-specific applications with an eye of increasing uptime and decreasing the total cost of ownership. In fact, Podwika says a standard preventive maintenance cycle time of 2-3 times/year has been stretched to 18 months with this re-engineered printer.

Among others, aspects that were carefully designed for performance and efficiency include:

It is available in two stainless-steel, modular printheads, for either 71 dpi or 115 dpi resolution, that offer true, tool-less alignment,  Podwika says.

The system has been trialed at a large bottler, he adds.