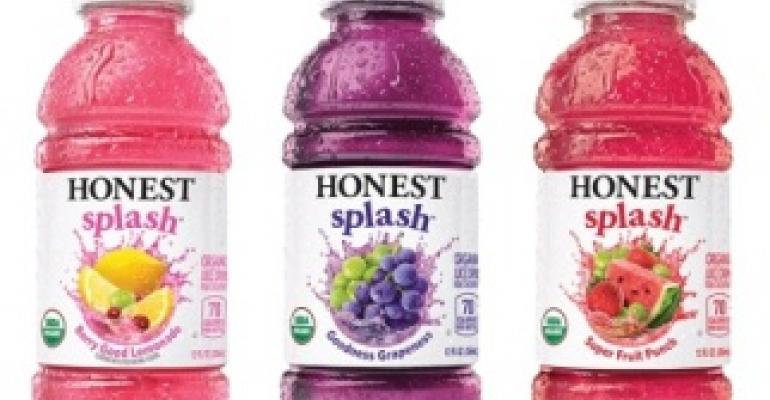 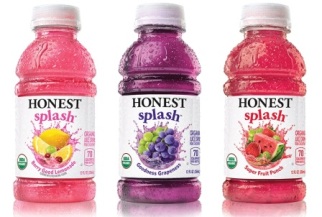 The new beverage line is an evolution of the Honest Kids® brand, which accounts for more than one-third of Honest Tea's total business. "Honest Splash is a great fit for older kids, or kids on-the-go, who need the convenience of a larger, re-closable container. It still meets the needs of parents who want to provide lower-sugar beverages," says Honest Tea's co-founder and TeaEO Seth Goldman.

Honest Splash meets the American Beverage Association's School Beverage Guidelines for High Schools which permit drinks with 66 calories per 8 fluid ounces, up to 12 fl. oz., to be sold in high schools.

Individual Honest Splash bottles are available in select retailers including more than 1,250 Target® Cafés. The six-bottle packages will be sold exclusively at Target in more than 1,100 stores from mid-March through the end of June at an everyday price of $5.49, and will roll out to other retailers starting July 2013.

Honest Tea seeks to create and promote great-tasting, healthier, organic beverages and extend economic opportunities to communities in need. Founded in 1998 in Bethesda, MD, Honest Tea is the nation's top-selling organic bottled tea company specializing in beverages that are ‘just a tad' sweet. Honest Tea's product lines include: Honest Tea ready-to-drink bottled teas, Honest Ade® and Honest Kids organic thirst quenchers, and new Honest Fizz® naturally sweetened zero calorie sodas. All tea, juice drinks and kids varieties are USDA Organic, and all tea varieties are Fair Trade CertifiedTM. In addition to being ranked by The Huffington Post as one of the leading "8 Revolutionary Socially Responsible Companies," Honest Tea is a multi-year winner of awards from the Alliance for Workplace Excellence. Honest Tea has won Men's Health magazine's "Best Green Tea" for five years running and in 2012 was named one of Women's Health magazine's "125 Best Packaged Foods for Women." Honest Tea is an independent operating unit of The Coca-Cola Company.