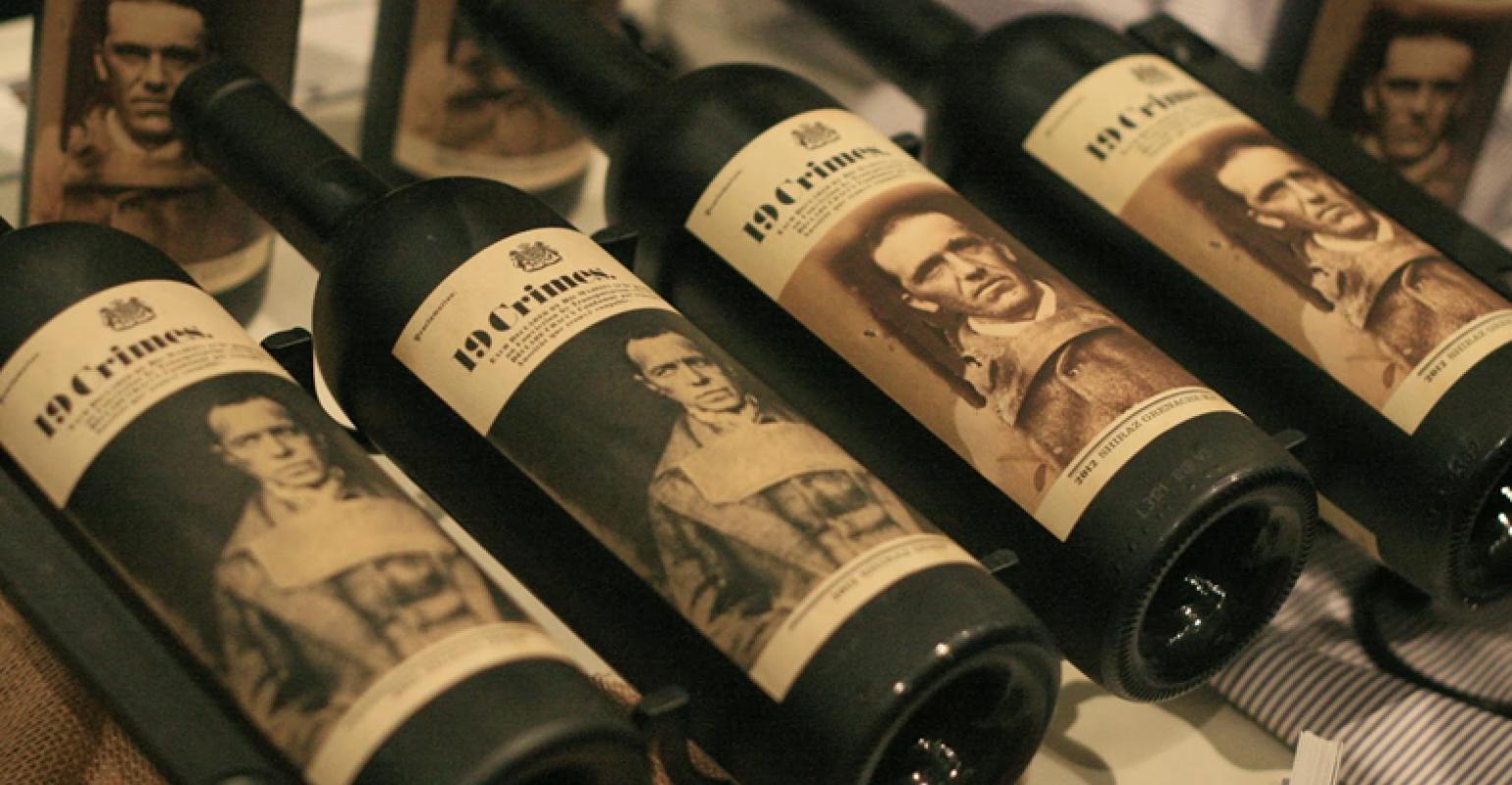 As the wine aisles swell with an ever-rising sea of brands, wine producers are looking to increasingly rich and imaginative narratives on which to build their brands. Often, these narratives have nothing at all to do with the origins of the wine itself. Rather, these brands borrow from historical events or are based in universal human experience. The resulting brands are engaging customers and moving a whole lot of wine in the process.

Take a look at these two success stories from 19 Crimes and Josh Cellars.

The story: The 19 Crimes brand bases its story on the original offenses that back in the 1800’s could get you deported from England to the then-new Penal Colony of Australia. “Impersonating an Egyptian,” “Stealing a shroud from a grave” and “Clandestine Marriage” could all result in “Punishment by Transportation.”

Winning touchpoint #1–The label (see photo above): The creative team that sold in the idea of placing actual historical mugshots on a wine label deserves a round of applause. Photography alone on a wine label is somewhat rare—much less a gritty mugshot. When scanning the store shelf, the stopping power of the 19 Crimes label is undeniable. The faces of the convicts on the labels almost beckon shoppers “to release” them from the shelf.

Winning touchpoint #2–The short film: The three and a half minute web video “To the Banished” is a dramatic recreation of the banishment of poet John Boyle O’Reilly and his fellow prisoners on the convict ship Hougoumont. The camera follows O’Reilly under the deck where he gathers with his fellow prisoners and produces a loaf of bread, some cheese and a finally a bottle wine which they all share. 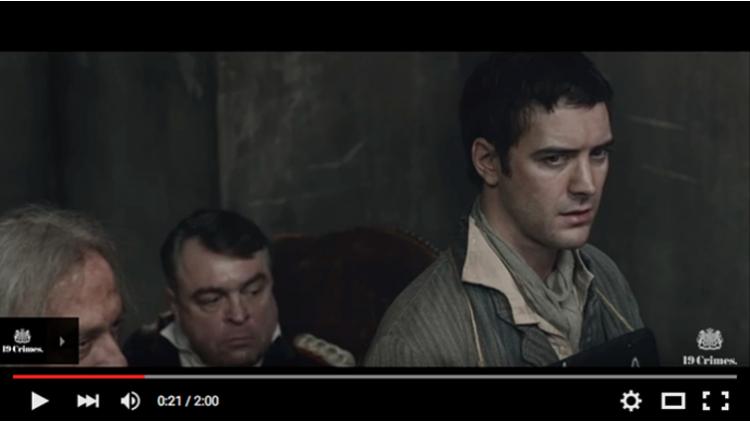 Why it works: Although the 19 Crimes story has nothing intrinsically to do with wine, it is at its core the origin story of Australia, which also happens to be where the wine is made. This lends an air of authenticity to the brand while allowing it to be wildly creative in its storytelling.

A passage on the 19 Crimes website reads: “The men featured on our wine labels are not those of fiction. They were flesh and blood. Criminals, artists and scholars.” This line cleverly bridges what could feel like dusty history lesson and instead transports the reader to the center of the story. Who of us wouldn’t want to star in our own outlaw tale that celebrates individualism in the face persecution? Wouldn’t you like to crack a bottle with your fellow outlaws? Are you thirsty yet?

NEXT: In the name of the father: Josh Cellars 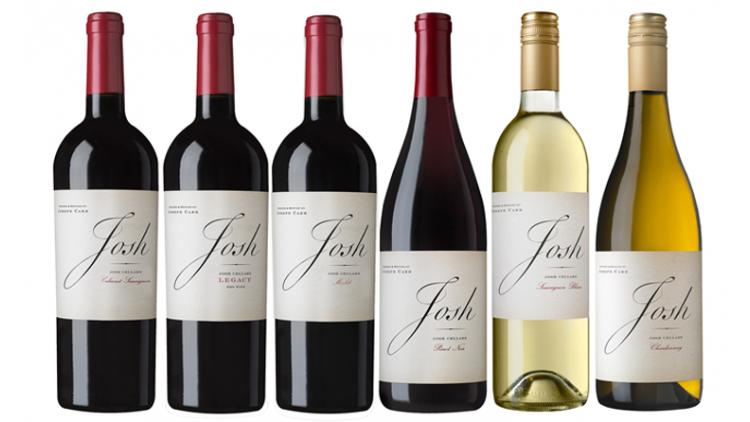 2. In the name of the father: Josh Cellars

The story: Wine négociant Joseph Carr created the Josh Cellars brand as a tribute to his father, Joseph Carr Sr. whose nickname was “Josh.” Carr’s father served in the U.S. Army, worked as a volunteer fireman and enjoyed tinkering on cars in his spare time. The case shipper reads “brash and unpretentious—just like my dad, Josh, who inspired it.”

Winning touchpoint #1–The label: The simple and austere label features the name “Josh” in a beautifully handwritten script, which was written by the Founder’s mother and Josh’s wife. The label stock resembles an antique parchment, which gives it a historically authentic feel. This premium-looking label juxtaposed with the exceedingly casual nickname “Josh” hints at a high-quality wine that doesn’t take itself too seriously.

Winning touchpoint #2–The shipper: So now you’ve seen the bottle and wondered “Who is this guy Josh anyway?” Next, you happen upon a case stacking of Josh Cellars at the grocery store. The shipper features a tone-on-tone snapshot of Josh leaning against the bumper of a vintage stock car, one that Josh had himself rebuilt. The snapshot is layered over a dark rich red (for red varietals) or a layer of vibrant yellow (for white varietals). The vivid colors of the shippers grab attention in the retail environment while further unfolding the story of Josh. 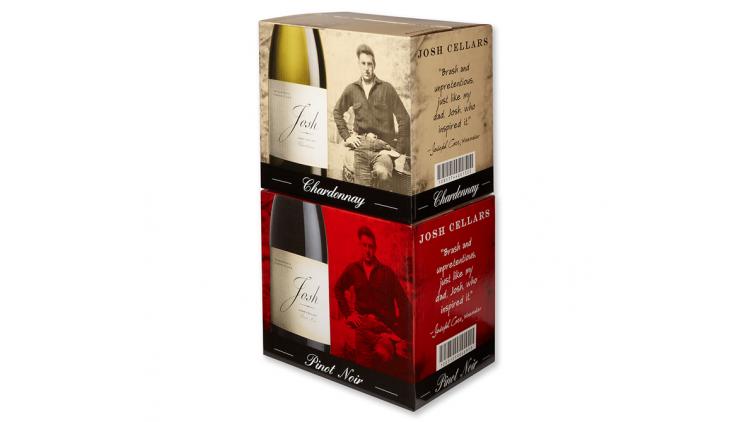 Winning touchpoint #3–The video short: In Josh’s 30-second video spot “Pursue My Dream,” Joseph Carr provides the narration, which he delivers in a calm and reassuring tone: “Like Dad—Josh is big, unforgettable and a pleasure to gather around. I love to think of Josh as wine that everyone would want share with their own dad.” The narration is set to animated wine drops that spread out to reveal historical snapshots of Josh, his vintage cars and silhouettes of figures enjoying wine at a party. The relaxed pace of both the narration and animation artfully convey the feeling of heartfelt appreciation for Carr’s father and the wine itself. 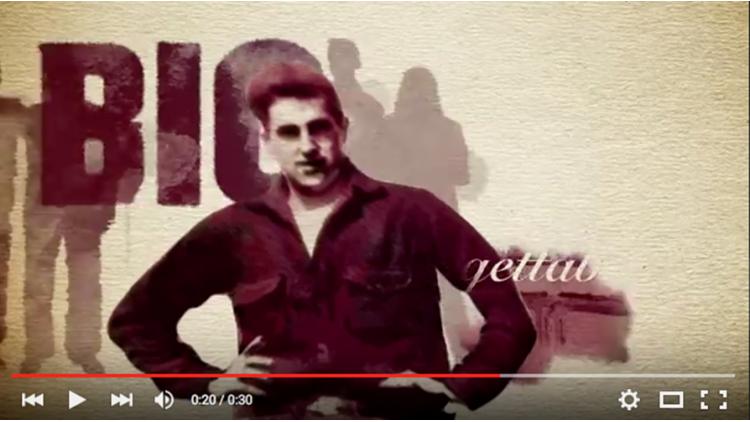 Why it works: The Josh brand harnesses the most potent source of nostalgia possible: our connection to family. Even if we don’t have fond memories of our father, you’d be hard pressed to meet anyone who hasn’t had a father figure that was instrumental in his or her success. And it’s clear the brand’s personality resonates with consumers: In less than five years, the brand has grown to sales of 1 million cases annually and is on track to become the second largest selling brand in the $10 to $15 range.

The importance of character

Building a successful wine brand from scratch is no easy task. A trip down the wine aisle reveals every conceivable attempt to attract consumers. Some brands rely solely on a catchy name or eye-catching label, but as seen in the examples above, the focus on an authentic narrative allows brands to emotionally connect with consumers and stand sweepingly apart from the competition.

After all, aren’t the best stories the ones where we can imagine ourselves inside them? What if your brand was like a favorite novel or movie people would look forward visiting time and time again? Indeed, it’s a place where many brands would like to imagine themselves. 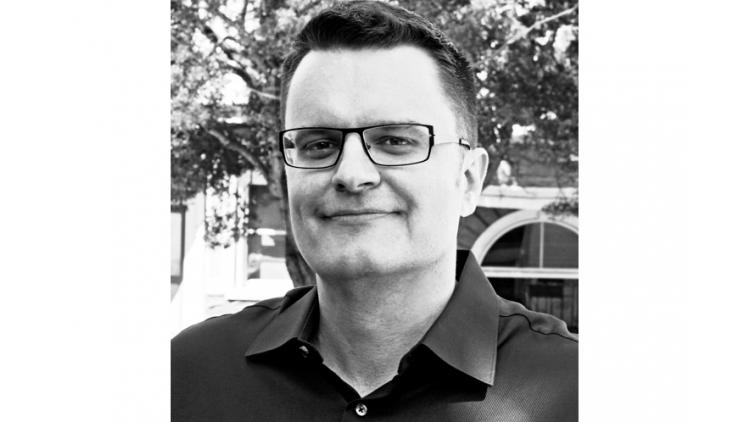 Christopher Hayes is the principal and creative director of Forthright Strategic Design, a San Francisco branding and design firm that specializes in creating innovation brands for the wine and spirits industry.

Learn about the latest packaging innovations and developments at the "Packaging for Food & Beverage" conference at EastPack 2016, June 14-16, in New York City.