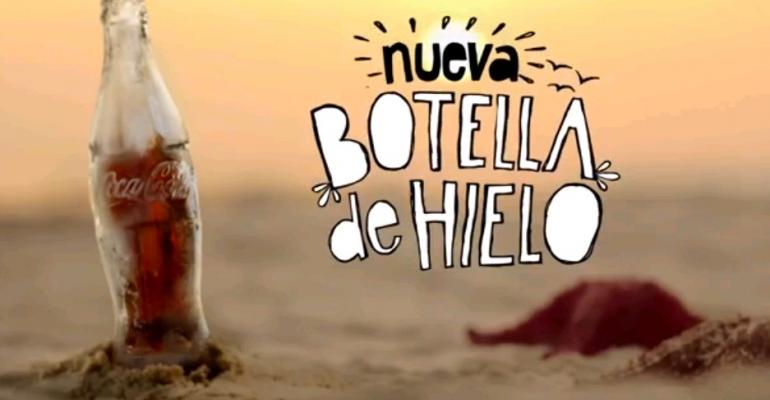 As the mercury rises, so increases the desire to reach for an ice-cold Coke. But what if that Coke literally came ice-cold? 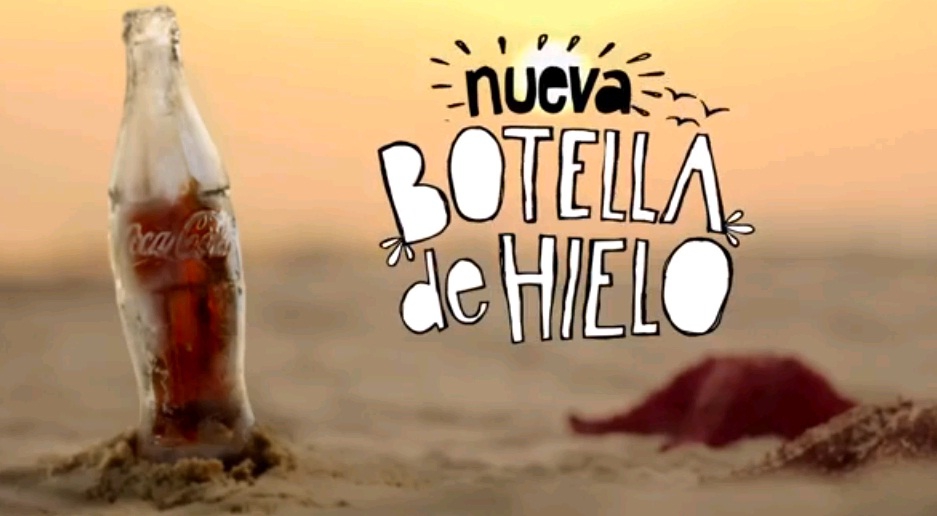 In Colombia, it does, with Beachside Cokes being served in bottles made from ice. The frozen vessels are true to their glass counterparts, keeping with Coca-Cola's uniquely shaped contour bottle that includes the iconic Spencerian script lettering etched in ice.

To make the special edition Coca-Cola bottles a reality, teams created a new packaging design and production process to manufacture the ice bottles and transport them to hot Colombia beaches. The process starts with pouring micro-filtered water into silicone molds, then freezing the water to-25 °C and filling the molds with Coke.

Promising "Fria hasta la ultima gota" or "Cold to the last drop," the frozen bottles continue to make quite a splash in South America and throughout the advertising world. Beachside, drink servers have sold on average 265 frozen bottles an hour. Ad Week, Mashable and other media outlets have melted for the idea, highlighting the Ogilvy & Mather Columbia innovation for its "cool" factor. In Bilbao, Spain at the Sol Awards, which celebrates the best creativity in Ibero-America, the "Botella de Hielo" or "Ice Bottle" took top honors, winning a Golden Sol Award.

Putting aside the accolades, the experiment is meant to delight fans with a refreshing Coca-Cola experience. To ensure those ordering up the iced Cokes don't walk away with frozen fingers, each bottle is wrapped with a rubber Coke-logoed red band that allows the drinker to hold the sparkling beverage with comfort. Once the bottle is liquefied, the band doubles as a keepsake bracelet fans can wear.

No word yet on where the bottles may show up next, but with Coke Open for Summer, introducing new ways of sharing happiness with shareable cans that split in two and personalized 500- and 375-mL PET bottles that call you by name, the next innovation is anyone's guess.

To view a video on this development, click here.