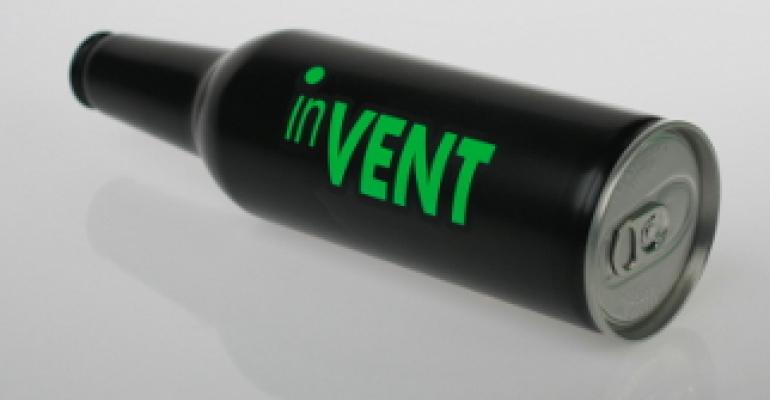 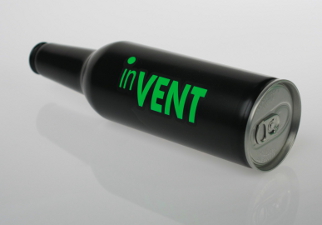 What hurdles have you faced to bring this to commercialization, especially more recently?
It has been difficult finding a partner to either help fund our endeavor or to license our patents.
We knew we had a great idea on our hands so we thought we would be able to license to one of the many U.S. manufacturers fairly easy. We were contacted by many of the largest beer and beverage companies and asked how far we were in the process, but that was the extent of the conversation. We have spoken with Ball, Rexam, Metal Container Corp., Crown Cork and Seal, CCL, Exal, Silgan Containers, Daiwa Can Company, Pepsi, Coca Cola, VEB at Coca Cola, Muscle Milk, Shasta, Miller Brewing, Anheuser Busch Inbev, Red Bull, Rockstar, Sapporo, Kirin Brewing, Uinta Brewing, Sierra Nevada, Wasatch Brewing, Molson Coors and countless others.

Since we have spoken with them, many packaging manufacturers have started offering vented containers. Now that the packaging market has taken this direction, we hope that these companies will begin new talks with us since we feel we still have the best vented container available.

There are basically three versions that can be manufactured. The first is a hybrid PET version with an aluminum can end seamed on the bottom. This can be done either by blow molding and trimming to allow a can end to be seamed on, or injection molding and seaming the end on.

The second version would be using the coil-to-can method used by Daiwa Can Company. Many U.S. packaging manufacturers use the coil to can method now.

The third version would be extruded, trimmed and seamed. So, it can be manufactured very easy if the interest is there. Our container could be filled on a normal bottle filling line and even a can filling line with some modification.

What have you learned about patents and about packaging and the packaging business along the way?

When an idea is as big as this, it feels as if companies like to avoid you until they know what their options are as far as getting around your invention. That may be a little too truthful to stomach for many, but this is a cutthroat industry and being unrealistic doesn't help you get anywhere. Being told countless times by some of the largest beverage manufacturers that they weren't interested and they didn't see a market for it kind of starts to wear on you a bit.

But we haven't given up and we are starting to see the benefits of our perseverance now. The market is finally going our way. We started pitching in 2006 and since that time the beer industry has been turned upside down and the big players have been forced to offer new vented packaging. There just weren't a lot of other options in the kind of packaging they could do. New graphics, new shapes and new materials can only make you stand out so much, so they turned to vented containers much like ours.

In the beginning they were more gimmicky containers like the vented can from Coors. It benefited mostly from a marketing aspect as it didn't offer much in the form of usefulness; then came the Vortex bottle and finally the Miller punch-top can; which in our opinion was the first container to offer a useful function. It still had issues as far as being difficult to open but it did actually vent.

Now we see the Bud Light vented can which fixes this problem and is apparently much easier to open. Now Molson also offers a very similar design that features a second opening that is much easier to open. Once again it is my feeling that these companies will reach a precipice and need to go a step further to reach consumers on a real level.

Our bottle is the obvious choice. It offers the real deal for venting and with it will come a completely new category. Honestly, it pours the perfect beer with the perfect head of foam every time, but it will not be limited to only beer.

I find it interesting that beer containers have been at the forefront of most container innovations of the last century.

The pull tab and the stay tab come to mind first. Now they are used on all beverages. I think that we will definitely see the same thing happen with vented containers. Ready-to-drink (RTD) protein drinks are where we would most likely see the first jump from beer. It just makes sense that most people chug their protein after a workout because they are in a hurry and they like to deliver nutrients to the bloodstream as quick as possible. Not only does our bottle work well with function, it also offers shelf appeal-the kind of shelf appeal that marketers dream about.

What's the next step?

So here we are; Our concept has been successfully tested by some of the largest beverage companies in the world. We believe the desire for our container is increasing with each of these new product launches and the question remains: Who will be the first to offer a vented bottle?

The next step for us is to find the right partner to help introduce our container to the world. Ideally we'd like to license our patents to a company that possesses the distribution and manufacturing capabilities to make that happen at a quicker pace. While we remain open to that option, we are still exploring a multitude of strategies to monetize our invention.