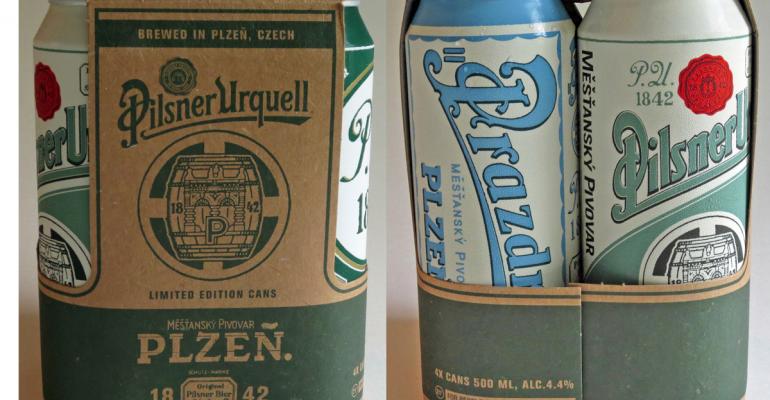 Limited edition 4-packs of Pilsner Urquel cans boast about the beer brand’s heritage with packaging design elements that draw on the company’s 172-year history while another promotion centers on the Czech National Hockey team.

It is something to brag about when you’re 172-years old, which is what Czech Republic-based brewer Pilsner Urquell—which has offices stateside as Pilsner Urquell USA in Washington, D.C.—has done with commemorative limited-edition 4-packs of canned beer.

The 500mL/16.9oz cans from Rexam boast “100% Czech. Still Brewed in Plzen with 100% Czech hops and barley.  Only the cans are different, featuring design elements from our 172-year old archives.” According to the company’s website, rather than historical recreations, these are “mashup” designs. 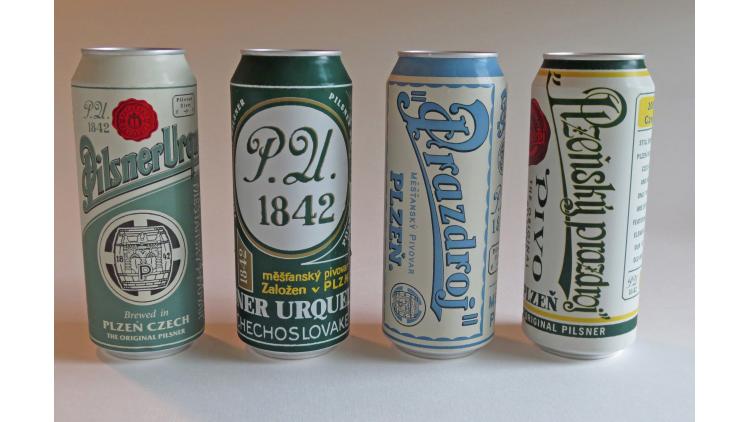 While the campaign was introduced last summer, the company continues to roll out additional designs such as the ones I found at a Chicago-area Binney’s Beverage Depot outlet last week.

As a side note: One factoid presented in a sell sheet that accompanies the campaign was that “Packaged beer didn’t really take off until the first World War; before that, your local pub was the package.” Another factoid states that, before Prohibition, the brand was America’s #1 import beer.

On another side note: Although this promotion has received a lot of attention from beer enthusiasts, I could not find any of the cans in my 4-pack shown anywhere online; until I’m informed differently, I’ll assume my cans are the latest iteration in this lengthy campaign. 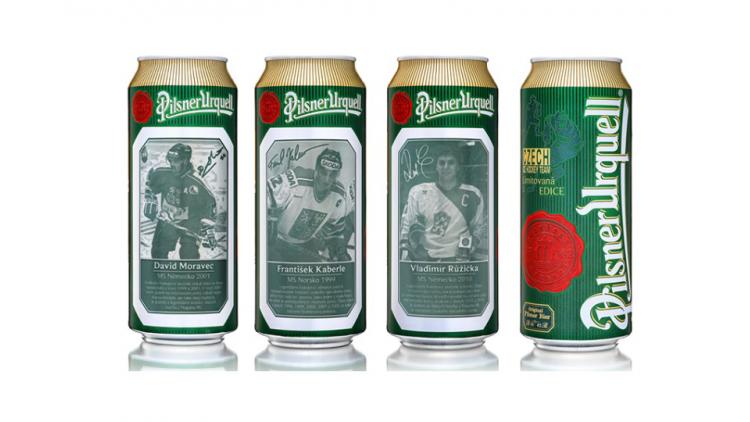 Pilsner Urquell again collaborated with Rexam to create a range of limited edition eye-catching can designs that celebrate Pilsner’s sponsorship of the Czech Republic´s national ice hockey team. The team is set to participate in the World Championships in Prague later this year.

The cans use Rexam’s patent-pending “Super Premium Editions” technology and high definition printing along with a matte overvarnish. They depict illustrations of the team’s popular ice hockey players and appeal to the overlap of Pilsner and hockey fans.

The 500mL cans were available in the Czech Republic from the beginning of April and throughout the Ice Hockey Championships that ran through mid-May.