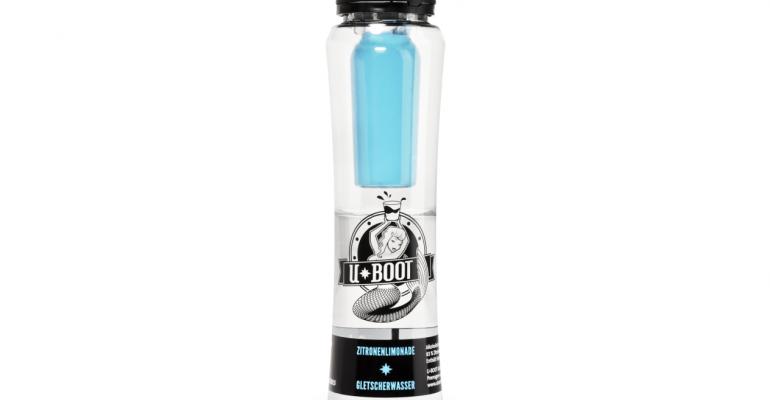 Beverage packaging, especially for spirits, is a perennial source of creative packaging design. One of the category’s more interesting structural innovations is a package from German company Getränke GmbH & Co. for U-Boot (which translates as U-boat or submarine). The U-Boot package, which features a small bottle inside a larger bottle, lets consumers create a mixed drink—specifically, a U-boat cocktail—by simply opening the package.

Although the design incorporates two bottles, the package has only one closure: a screw cap. When the consumer unscrews the cap, the inner bottle is released from its perch at the top of the package and drops down into the larger bottle.

To make a U-boat the conventional way, a bartender would gently drop a small glass of spirits into a larger glass holding beer or a soft drink. The U-Boot package eliminates the glasses and the bartender, creating a DIY version of the cocktail. Getränke worked with Greiner Packaging to develop the package.

The neck finishes on both bottles are the key to the package design. The larger bottle has a threaded neck finish, to accommodate the screw cap. But the smaller bottle is molded with a snap-on neck finish. Both bottles are injection stretch blow molded from PET. 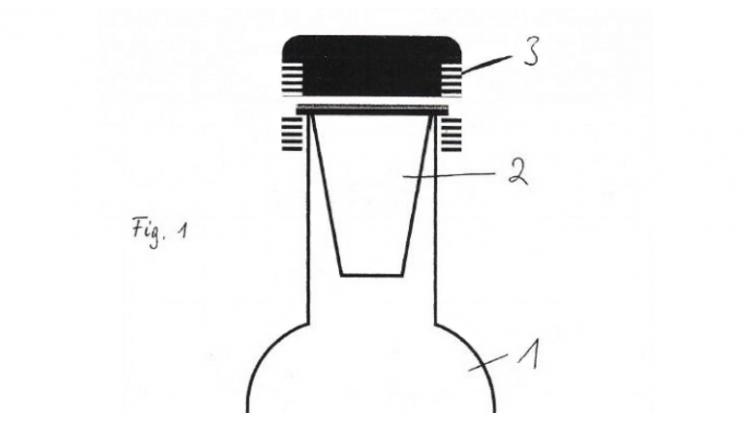 The shot then drops into the soft drink, and the smaller bottle’s neck wings expand, making the smaller container too wide to traverse the larger bottle’s opening. In other words, the small bottle is trapped inside the larger one; it can’t fall out, not even when the consumer tips the package to drink the cocktail.

The bottom portion of the outer bottle is screen printed with brand graphics that complement the color of the liquor in the small bottle. The top of the package is clear, to display the suspended inner bottle.

The U-Boot products come in four flavors: Lemonade Glacier Water, Energy Cordial, Orangeade Vodka and Energy Vodka. Graphics on the bottle and on top of the closure are color coded by flavor.

U-Boot was developed as an on-premise product for venues like bars, clubs and ski areas. Because the package is plastic, the products are also a safe, convenient choice for poolside service, beaches and outdoor events.

The product line launched in December 2014 and is currently sold in Germany and the Netherlands; Spain and Croatia will follow in the near future. Shelf life for the products is a minimum of six months.