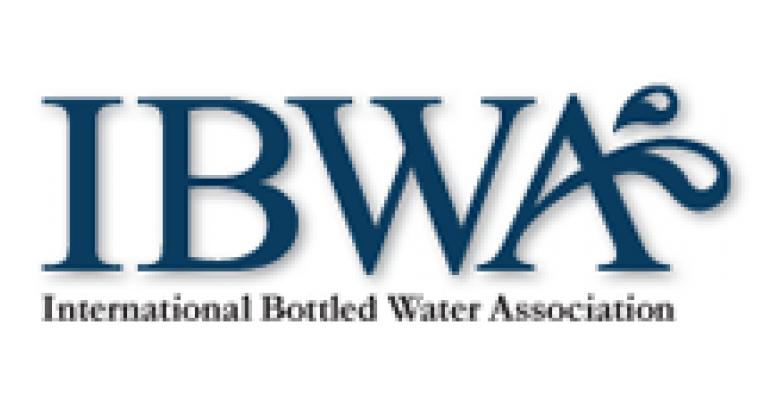 The results of a new study released by the International Bottled Water Association (IBWA) show that the amount of water used to produce bottled water products is less than all other types of packaged beverages. On average, only 1.39 liters (1.39L/L) of water is used to produce every one liter of finished bottled water.

This study was produced by Antea Group, an independent third-party consultant, who conducted the data collection process, verification, analysis, and reporting.

IBWA commissioned this inaugural water use benchmarking study in 2012 to evaluate water use efficiencies and trends among North American (United States and Canadian) bottlers. "Water use efficiency is critical for the bottled water industry and efficient water use in operations positively impacts the viability of water resources and business sustainability," says IBWA vp of communications Chris Hogan.

Participants were asked to provide three years (2009 - 2011) of facility-specific information, including facility type, total water use, total production, and supplementary process information (e.g., type of water treatment, use of refillable bottles). The key performance metric for this study is the water use ratio, which presents the average amount of water used within the facility to produce one liter of bottled water. According to the 2011 data, on average, it takes one liter of ingredient water and 4/10 of a liter of water used for facility processes (e.g., treatment, bottling, etc.) to produce one liter of finished bottled water product.

Small pack facilities reflected the lowest water use ratio with 1.36L/L, followed by mixed packaging facilities with 1.41L/L, and HOD with 1.63 L/L. The study notes that differences in specific ratios among the three facility types are largely process-driven. For example, HOD facilities bottle finished product in refillable containers, resulting in additional water use for sanitization processes that do not exist at facilities that use single fill packaging (e.g. most North American small pack facilities).

The study's data also show that while on average total water use and total water production increased by about three percent, the water use ratio remained relatively flat over the 2009-2011 study period.

This trend reflects the adoption of measurable process efficiencies even while the industry experiences sustainable growth.

The study, which presents results in liters to align with other beverage industry studies (1 liter = 0.2641 U.S. gallon), also identified some of the significant process improvements the North American bottled water industry has made to reduce water use, including improved flow management to reduce product waste during changeovers; the optimization of cleaning/sanitizing units through automated timers, selection of cleaning chemicals, flow control, air rinsing, etc.; the recognition of production schedule efficiencies; and the reuse/reclamation of water for non-product contact or gray-water applications, such as on-site landscaping.

The study's findings are also consistent with a 2012 annual industry benchmarking report released by the Beverage Industry Environmental Roundtable (BIER), that finds on average about 1.47 liters of water is used in the production of one liter of bottled water. In fact, BIER found the bottled water industry's water use ratio to be the smallest of all beverage production operations they track, which includes beer, bottled water, carbonated soft drinks, distilled spirits, and wine.