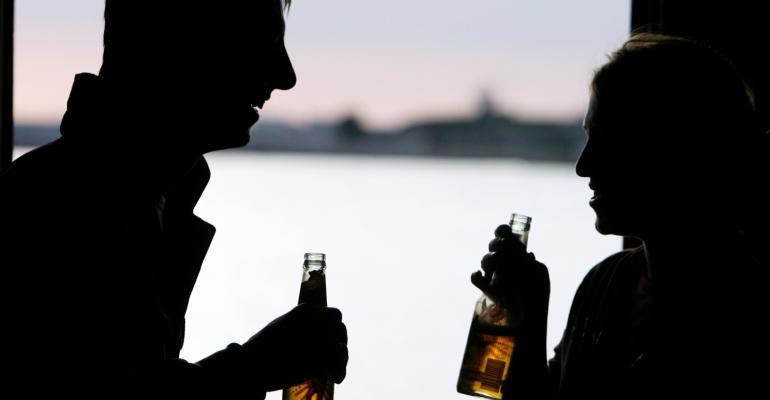 Surprisingly, required information on labels of beer sold in the U.S. depends on what ingredients are used to make the beer, not the alcohol level. Beers that meet the definition of “malt beverages” are subject to one set of federal labeling regulations, while beers made from substitutes for malted barley (that is, sorghum, rice or wheat) and beers made without hops are subject to a different set of regulations.

The discrepancy is due to concurrent jurisdiction by the U.S. Food and Drug Administration (FDA) and the U.S. Alcohol and Tobacco Tax and Trade Bureau (TTB) over alcohol beverages. The Food Drug and Cosmetic Act (FD&CA) defines “food” as “articles used for food or drink.” Therefore, alcohol beverages are subject to certain FD&C Act provisions, such those governing adulteration and misbranding. At the same time, the Federal Alcohol Administration Act (FAAA), administered by TTB, establishes regulations for beer, wine and distilled spirits, over and above those imposed by FDA.

Some clarity was achieved in 1987 when a Memorandum of Understanding (MOU) between FDA and TTB’s predecessor—the Bureau of Alcohol, Tobacco, Firearms and Explosives—outlined that TTB was responsible for the promulgation and enforcement of regulations with respect to the labeling of distilled spirits, certain wines and malt beverages. But then TTB issued a ruling in 2008 stating that beers that are not made from both malted barley and hops, but instead are made from substitutes for malted barley, do not meet the definition of a “malt beverage” under the FAA Act. As a result, these beverages are not subject to the labeling, advertising or other provisions of the TTB regulations promulgated under the FAA Act. Rather, they are subject to the provisions of the Fair Packaging and Labeling Act (FPLA) and under FDA’s jurisdiction.

The year after TTP issued its “malt beverage” ruling, in August 2009, FDA issued a draft guidance on the labeling requirements for beers under its jurisdiction. In that guidance, FDA stated that manufacturers had until Jan. 1, 2012, to revise labels on their non-malt beers. On Dec. 22, 2014, the Agency finalized that guidance, noting that it now expects all labels for these products to comply with all applicable laws and regulations.

Under FDA labeling requirements, non-malt beers are required to display the following:

• Statement of identity on the principal display panel (that is, “Beer made from sorghum” or “Sorghum Beer”);

• Name and location of the manufacturer, packer or distributor;

• Statement of ingredients; and

In comments on FDA’s 2009 draft guidance on labeling requirements for beers under its jurisdiction, the Center for Science in the Public Interest (CSPI), the Consumer Federation of America (CFA) and the National Consumers League (NCL) requested that FDA require alcohol content labeling for non-malt beverage beers. However, FDA’s 2014 “Guidance for Industry: Labeling of Certain Beers Subject to the Labeling jurisdiction of the Food and Drug Administration” did not address alcohol content.