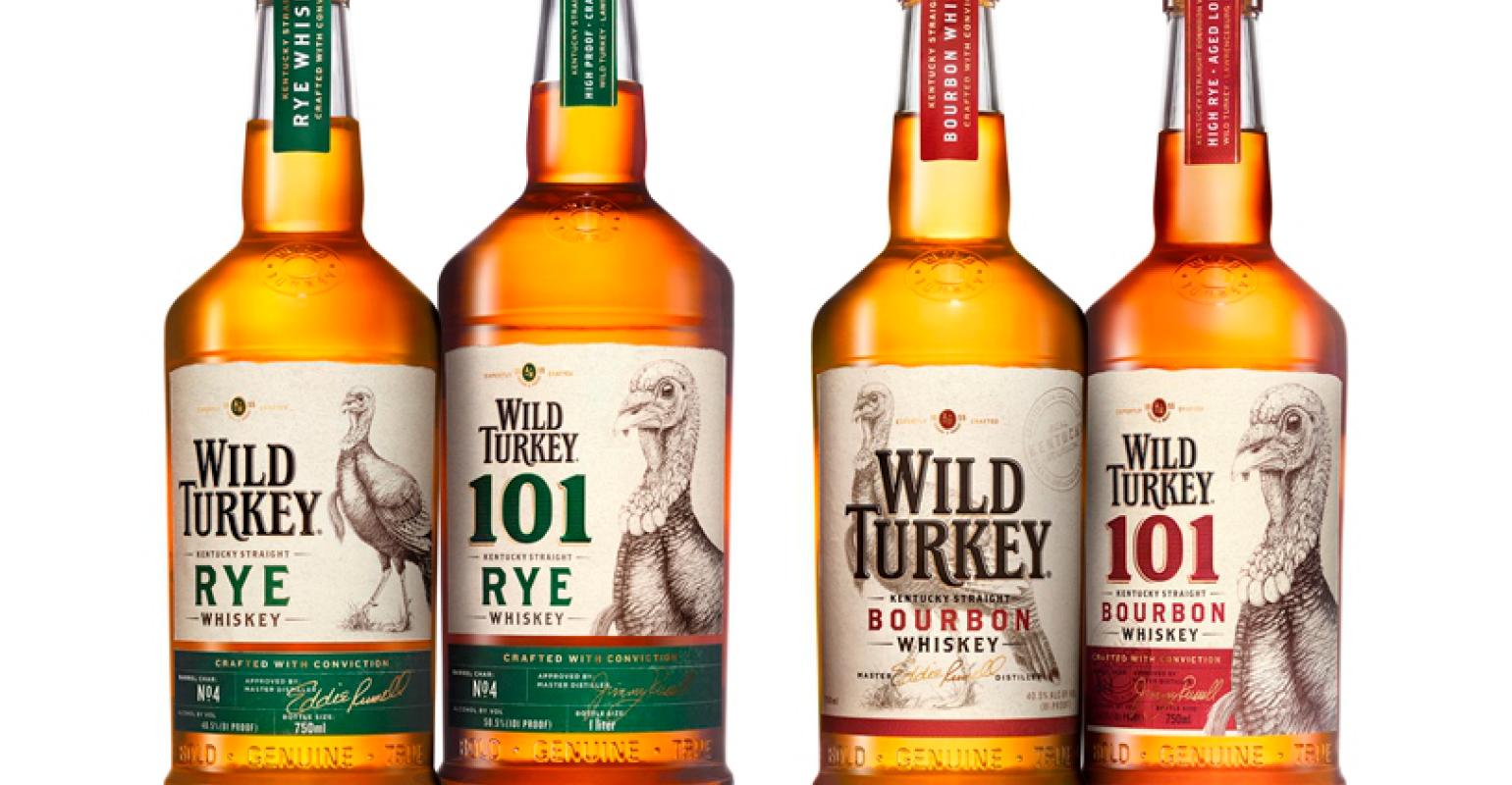 A packaging redesign for several of Wild Turkey’s premium bourbon and rye whiskies is keeping the brand close to its roots while adding a new level of sophistication to the labels.

The new package graphics, designed by Pearlfisher, appear on bottles of Wild Turkey

In all cases, the graphics feature a highly detailed illustration of the brand’s iconic turkey, but the illustration is most prominent on the Wild Turkey 101 rye and bourbon labels. Wildlife artist Julie Rhodes created the extremely realistic illustration.

The new graphics are color-coded—forest green for the ryes and deep red for the bourbons. The strip stamp running down the neck of each bottle is green or red, according to the product, and is printed with the whiskey type and other product information. Additional language, like the tagline “Crafted with Conviction,” is gold-foil printed on the strip stamp.

A lifesaver-shaped Wild Turkey mark is embossed on the shoulder of the glass bottle. The words “Bold - Genuine - True,” also embossed, curve around the bottle’s base.

Filling, labeling and packing take place at the distillery’s packaging facility in Lawrenceburg, Ky. The $43 million packaging facility, which opened in September 2013, has 145,000 square feet and is used to package not only Wild Turkey products but also SKYY Vodka. Both brands are owned by Gruppo Compari.

The new Wild Turkey packaging rolled out in the United States in November 2015, and Gruppo Compari plans to expand the redesign to Wild Turkey Kentucky Spirit and Wild Turkey Rare Breed in 2016.

Learn about the latest developments in packaging design at WestPack 2016, Feb. 9-11 in Anaheim, CA.