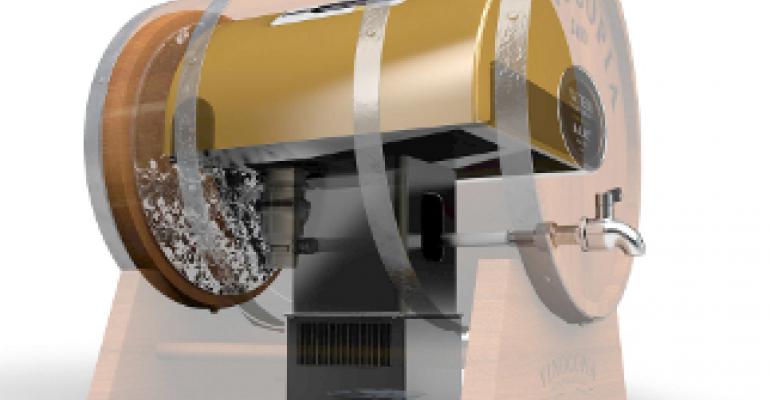 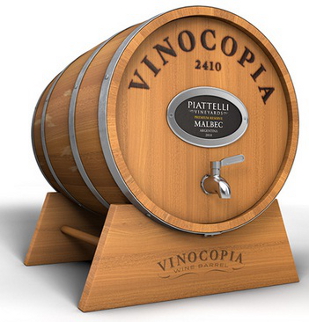 The Vinocopia Barrel is a new wine barrel system that offers significant improvements over alternatives in that it uses replaceable and recyclable 4-liter plastic inserts to hold its wines in beautifully authentic, handcrafted, reclaimed-oak barrels. This works in conjunction with the other components of their proprietary WineFresh packaging and connector system, which protects wine from its three natural enemies: air, light and heat.

Each 4-L WineFresh insert contains the equivalent of 5.33 bottles of wine (27 x 5-oz pours), uses less than 40 percent of the material used in bottles, weighs less, and uses less energy to recycle-which all lead to substantial disposal cost savings. And because the Vinocopia Barrel keeps wine fresh for 60+ days, a pristine glass of high-quality wine is always on tap not only for busy restaurant environments, but also for consumers who enjoy entertaining, drinking wine regularly, and cooking with wine at home. 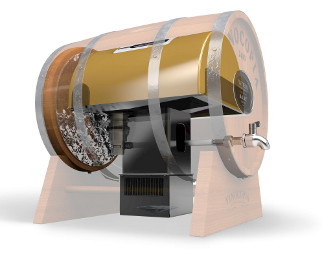 The wines that are initially being offered are from Argentina and include Malbec, Cabernet, Merlot, Capriccio (a red, three-grape blend), Torrontes and Chardonnay.

The company's website reports that it has "spent more than five years researching, designing, and engineering the world's first true appliance to easily and conveniently dispense world-class wines."