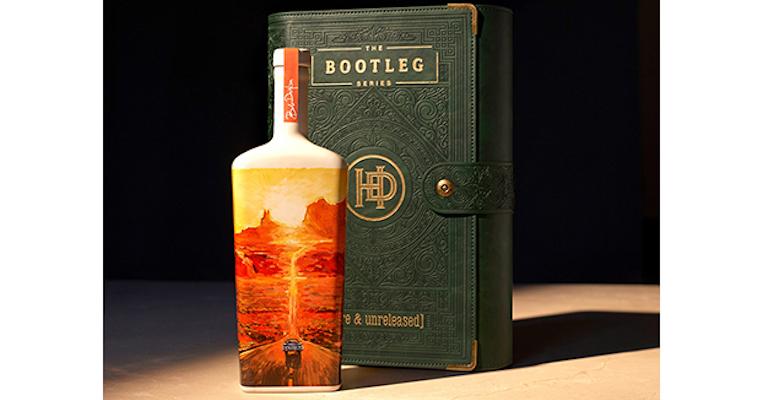 A rare offering that’s a “testament to the art and craft of whiskey making” is also a testament to beautifully crafted packaging design.

Bob Dylan, one of the world's most influential and groundbreaking artists, has an entrepreneurial side as well.  He's been involved for the past several years in Heaven's Door Spirits, a collaboration with Spirits Investment Partnership. Referencing one of the artists many hits, it's Dylan’s first and only consumer brand partnership in a 50-year run as a worldwide cultural icon.

The brand has just announced the second release in the Bob Dylan Bootleg Series. From a packaging design standpoint, it’s a beauty of a gold-standard hit.

To carry the allusion a step further relative to an old-school vinyl record, I’d call it a double-sided hit in that both the primary and secondary packaging are richly appointed.

With fewer than 3,000 bottles offered, the 2019 inaugural release of The Bootleg Series (Vol I), received The Chairman's Trophy and was named to the Top 100 Spirits at the Ultimate Spirits Challenge 2020. Shown below, the 2019 Vol 1 release sold out immediately upon release. 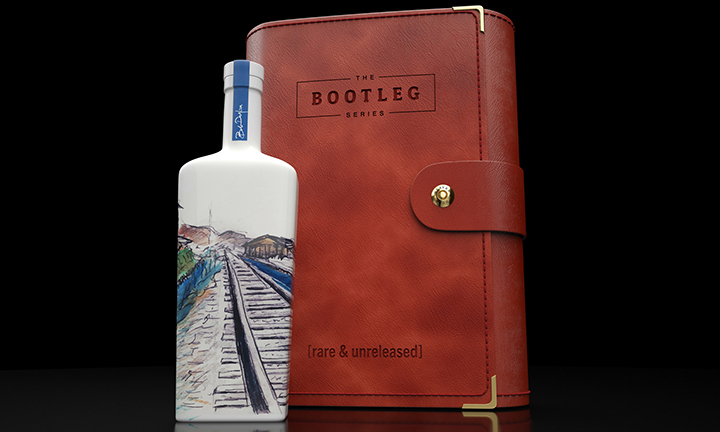 This year the brand has upped its design game above and beyond last year’s impressive release. This new Bootleg Vol 2 release is filled in a handmade ceramic bottle featuring Bob Dylan's painting, Sunset, Monument Valley, protected in a handsome, individually numbered leather journal.

The striking, warmly orange hues of his artwork is reproduced with dramatic effect on the bottle. I’d forgotten that he’s a painter, much less a highly accomplished one.

The image of the bottle positioned in front of the dark-green leather of the case as seen below that offers gold embossing and detailed scrollwork is a masterful still-life study in complementary contrasts. I love the comforting, inviting feel of a leather book-style cover like this.

A detail that adds to the collective effect is the stamp label with Dylan’s signature that stretches from bottle to matched cap. 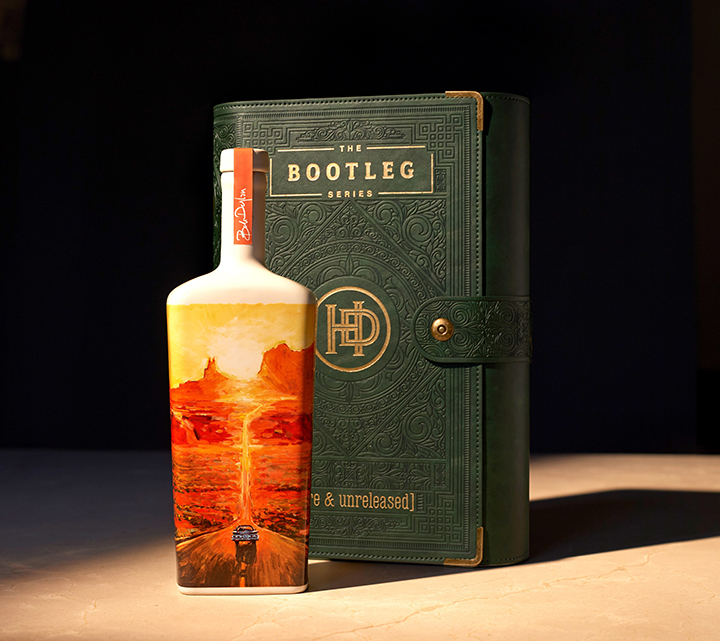 The packaging is a benchmark of superior design craftsmanship.

I’m not particularly a Dylan devotee, yet I wanted to gain insights from one. I had to look no further than my manager’s manager, Jamie Hartford, content director, Informa Markets – Engineering, who provided the following insights: “The word that comes to mind is ‘authentic.’ The handmade bottle, the individually numbered journal, the connection to Dylan (who both wrote and performed his own songs, versus today’s auto-tuned, inauthentic pop stars)—they all speak to what I’ve heard is a trend toward consumers desiring authenticity. For years we’ve been sold mass-produced junk that’s meant to be thrown in the trash when it’s expended. Something like this begs you to save the bottle because the product is ‘crafted’ rather than manufactured in large quantity.”

With fewer than 3,000 bottles for sale at a suggested retail price of $499.99, Bootleg Series Vol II is available for pre-order on ReserveBar.com and will be available in select retailers in early November.

Heaven's Door Spirits handcrafted whiskeys debuted in 2018 as the “perfect melding of art and craft,” with each bottle featuring Dylan's unique ironwork sculptures including the trio below of releases introduced in Europe earlier this year. Turned out that the high-end, distinctively classy launch design was an auspicious opening act for other releases to follow.

Update November 18: We learned that the design was orchestrated by the Studio One Eleven, a division of Berlin Packaging. 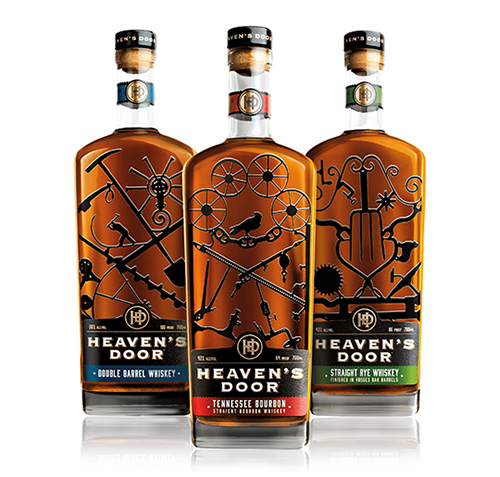