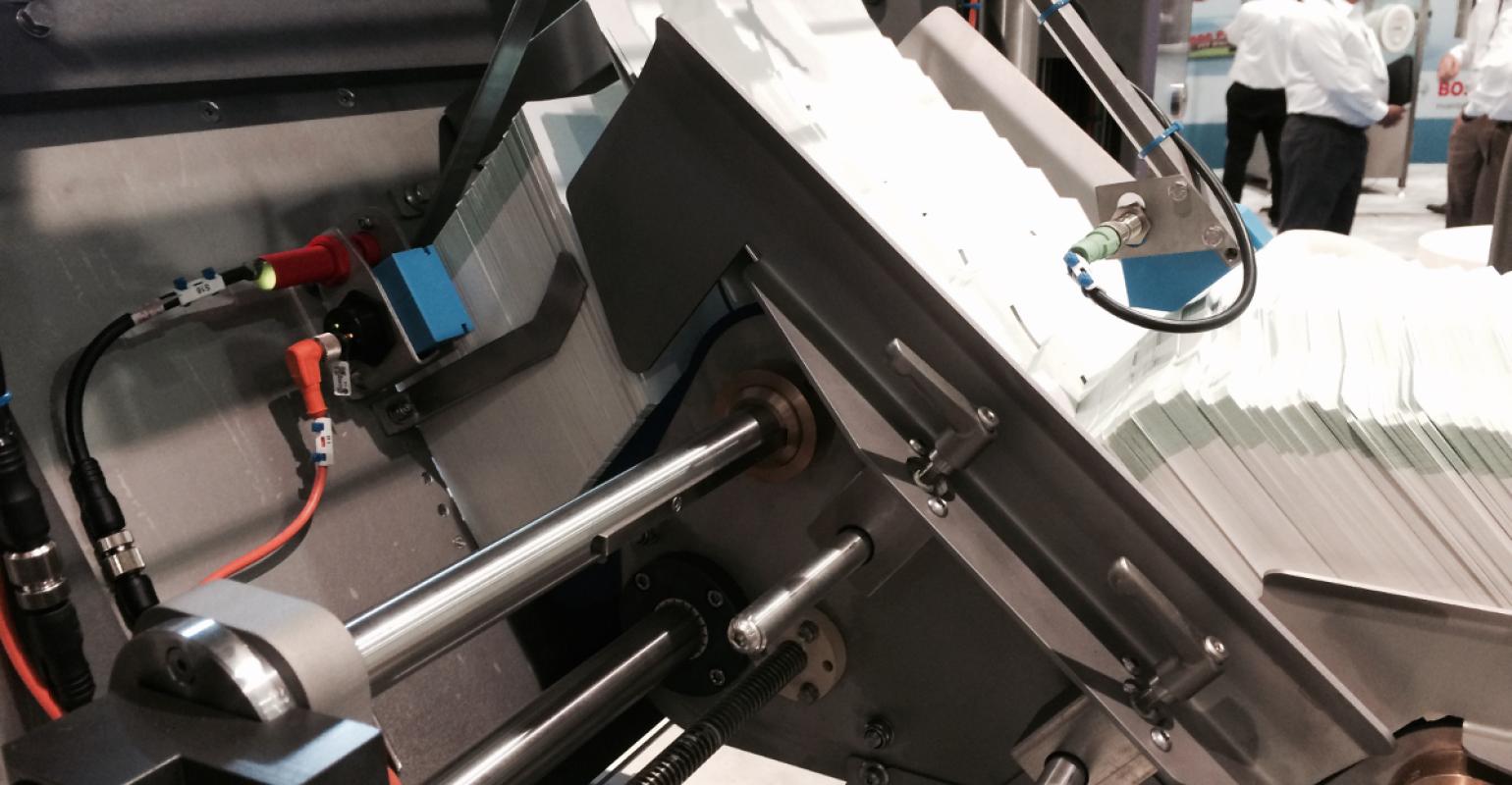 This carton feeder controls the pressure in a unique way so you can extend the carton magazine and minimize the frequency of carton blank loading without dropping a lot of cartons.

Replenishing cartons on a high-speed carton erector can keep an operator busy. Sometimes too busy.

But if you extend the carton magazine to hold more cartons, the added weight pressing on the carton supply could cause cartons to be pushed out at the end before a reciprocating feeder can grab them and set them up properly.

A new “waterfall” design on the CertiWrap Elite cartoner from Kliklok-Woodman—announced at Pack Expo Las Vegas 2015 in Booth C-2603—makes sure that the pressure on carton blanks feeding into the machine is just right.

The design basically separates a small quantity of cartons at the end of the machine feeding area. The rest of the cartons on the magazine are pushed up until they drop down into this separate area…in a controlled waterfall action. The photo shows a close up of this feature on the machine.

Carton Loader Picks Up Cartons that Fall Down on the Job
Mar 23, 2021