HomeTechnologiesPush-button jar lid redefines ‘easy open’
Recent
Technologies
Unexpected Whiskey Packaging is for the Birds
May 18, 2022
Breaking News in Flexible Packaging
May 18, 2022
Best in New Food and Beverage Packaging
May 18, 2022
A Sustainability Story Hiding in the Cereal Aisle
May 18, 2022
What’s Next in Digital Printing of Beverage Cans
May 17, 2022
New Thermoforming Machine Optimizes Mono-Material Processing in Modular Design
May 16, 2022
NFT Packaging Opens the Door to the Metaverse
May 13, 2022
Scientists Detect Microplastics in Human Blood
May 13, 2022 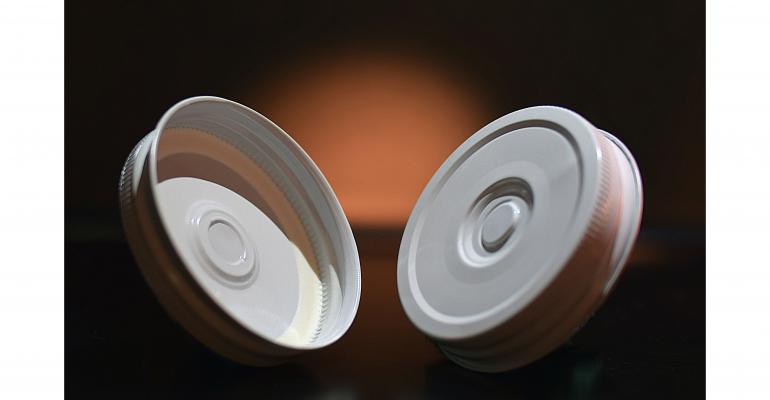 Opening jarred foods is nearly twice as easy as before, thanks to the patented Eeasy Lid's push-button opening that releases the vacuum seal.

Jar opening is now as easy as pushing a button, which reduces the required torque by 40%—the new Eeasy Lid debuts with Darci's brand pasta sauce.

Ever have a problem opening a jar because a lid’s on so tight that it requires a tool, rubber glove or another person just to get the darn thing off?

That frustration may be a thing of the past: Consumer Convenience Technologies unveiled today the launch of its new Eeasy Lid, which makes opening a vacuum-sealed jar up to 40% easier with just the push of a button. CCT claims that the breakthrough is the first significant innovation in the metal jar lid industry in 75 years.

The patented Eeasy Lid allows consumers to vent a jar by simply pressing a button on the lid, which opens a tiny slit that breaks the seal and releases the vacuum. After use, the lid is reclosed by pressing the button from the inside of the lid to help keep the product fresh and prevent spills.

“I’ve worked closely with CCT to thoroughly test Eeasy Lid for its suitability to ensure safety and stability of food products hot-filled into glass containers,” says Bruno Xavier, PhD., a processing authority at Cornell University. “Through our studies, we’ve found that these lids provide a stable hermetic seal. By pressing the center of the Eeasy Lid, users simply release the vacuumed air, making it easy to open—ultimately providing a better experience to consumers, as indicated by the data provided by the manufacturer.” 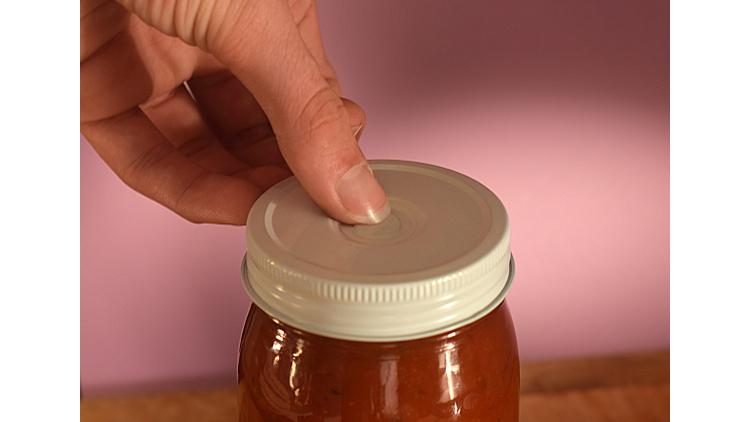 Consumers can tell whether their product has been tampered with by looking at the button on the Eeasy Lid, which will be inverted if it has been previously opened.

The Eeasy Lid was invented by Pete Stodd, managing partner at CCT and president of Container Development Ltd., which developed the CDL end, used in 75% of beverage cans manufactured worldwide. Stodd was approached by a friend who couldn’t open a jar due to breast cancer, so he spent the next eight years developing the Eeasy Lid.

“About a third of consumers can’t open a jar, so the Eeasy Lid expands the market for manufacturers and retailers by making the product useable to everyone,” adds James Bach, CCT managing partner.

CCT can produce Eeasy Lids, which are intended for use on vacuum-sealed glass jars, in sizes from 58mm-82mm.

The lids are a seamless drop-in for current capping/packaging lines, according to president Brandon Bach, who tells Packaging Digest, “the Eeasy button is below the chime, enabling the lid to be applied by cappers.”

CCT will begin producing CT versions of the Eeasy Lid in December before they appear in stores in January when Pennsylvania-based Boyer’s markets will use the CT Eeasy Lids on its Darci’s brand pasta sauce in all 18 stores. The product will be produced and packaged by Stello Foods and distributed by Cavallaro Foods.

“After working in the food packaging industry for more than 30 years, it is nice to see an advancement in packaging design as simple and effective as the Eeasy Lid,” says Nickki Stello, owner of Stello Foods. “I could easily see this lid becoming the preferred jar lid packaging solution for the industry, accepted and appreciated by all consumers.” 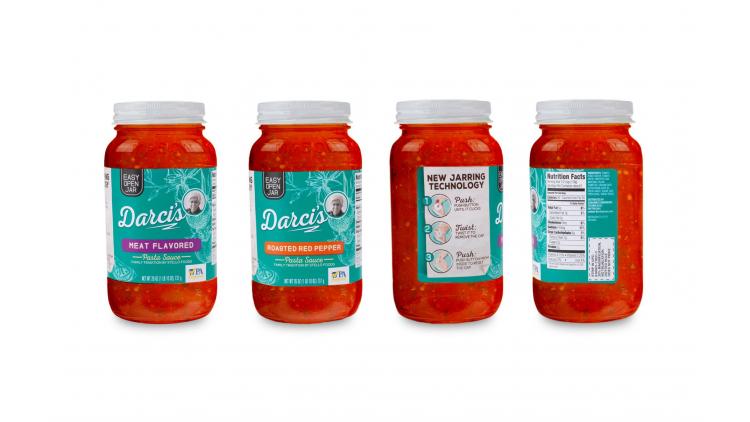 Packaging Digest learned that Darci’s will use 70G (standard mouth 70mm) CT lids on 26-ounce jars of pasta sauce. The lids are made of aluminum and use the same coatings as common tinplate lids.

CCT has performed a battery of tests on the Eeasy Lid including shipping test products by air and ground domestically and to Canada and France. The company has also filled and shipped products at different elevations.

“Once people experience the Eeasy Lid, they’re hooked,” says James Bach. “We’ve developed a simple solution to an issue that everyone can identify with. Opening a jar equipped with the Eeasy Lid is a completely different experience.”

When asked about the costs, Brandon Bach responds, “Eeasy Lid pricing will be based on market conditions. Switching to the Eeasy Lid expands the market by making the product available to the 30% of consumers who are not able to open a standard jar lid—that’s people who are aging, lack grip strength or are dealing with health issues like arthritis, tendonitis, carpal tunnel or recovering from a surgical procedure. We also see the Eeasy Lid as a means of premiumization for many brands because it is an all-inclusive product.” 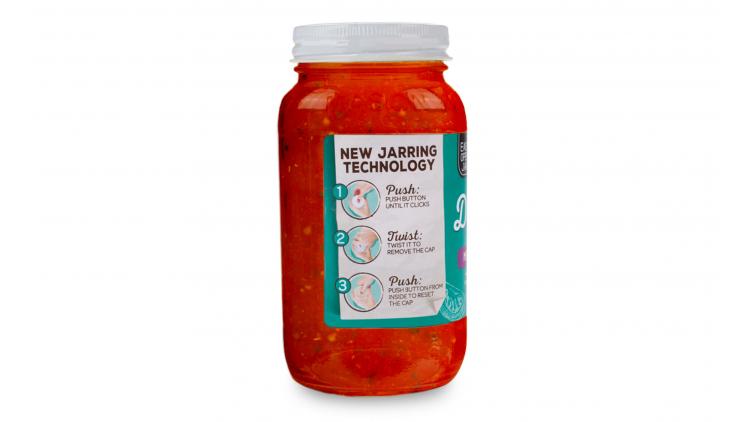 CCT is expanding the Eeasy Lid platform by developing the world’s first aluminum lug, which will begin production in January. Testing on the lug version of the Eeasy Lid showed a 58% reduction in the amount of torque needed to open a jar compared to a traditional steel lug.

That will allow the Eeasy Lid to be available for use on products that utilize lug lids, which is about 80% of the market, according to CCT.

“We hired Daymon Worldwide to assist in the go-to-market strategy for both manufactures and retailers, Brandon Bach points out. “We are planning to begin to approach both classes of trade after the first of the year. We are going to Grow-NY and the PLMA trade shows to begin to talk with potential clients about the New Eeasy lid.”

The Push Button Closure on the Eeasy Lids is patented and is covered by multiple patents, according to CCT.