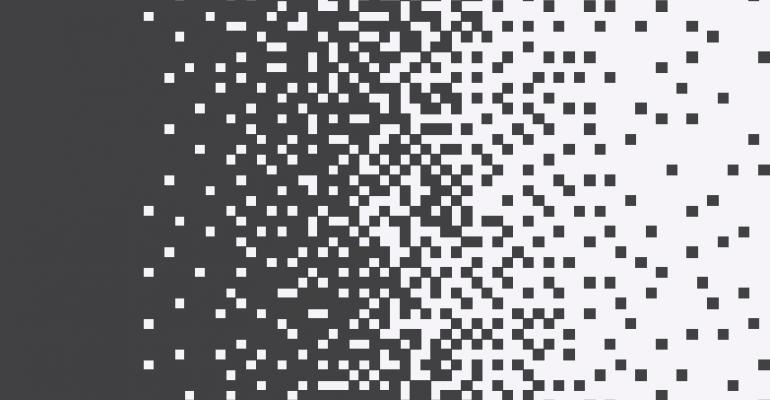 The GS1 General Specification requires the use of FNC1 but the transmitted data are the same if GS (Group Separator) is encoded instead. Does it really matter?

The four special bar code Function Characters (FNC1, FNC2, FNC3, and FNC4) trace their origins to the invention and introduction in 1981 of Code 128. According to the original Code 128 international symbology specification ISO/IEC 15417, these Code 128 symbology characters “define instructions to the bar code reading device to allow for special operations and applications.” These four symbol characters have no ASCII equivalent and are not intended to be transmitted. Many linear and 2-D symbologies invented subsequent to Code 128, including the popular 2-D symbologies Data Matrix ECC200, Aztec Code, and QR Code, incorporate these same characters and their defined functionality.

The exception is FNC1, which has two distinct roles. The first is to be a “flag” character to the reader indicating that the encoded message conforms to a specific data format convention. According to the spec, “FNC1 in Code 128 symbols in the first symbol character position following the Start character has been reserved exclusively” to define data conforming to the GS1 system. This same role is defined for FNC1 in Data Matrix ECC200 and other symbologies that support the GS1 system data structures. The FNC1 symbology character is the only character that can perform this function.

All scanners/readers are required to “key” on FNC1 in this first position. When a scanner is so enabled–as called for by GS1 specifica-tions–it transmits as a prefix to the encoded data the three-character ISO Symbology Identifier denoting a GS1 data structure. For GS1-128 it is “]C1” versus “]C0” for “plain” Code 128. For GS1 DataMatrix the symbology identifier is “]d2” versus “]d1” for Data Matrix ECC200 in general use.

For the second use of FNC1 the Code 128 symbology specification stipulates that “FNC1 in the third or subsequent character position is transmitted as the ASCII character GS (ASCII value 29).” This is the “nonprinting” character named Group Separator. The same functionality and scanner behavior is stipu-lated for FNC1 in GS1 DataMatrix.

Others agree that it makes no difference in the supply chain which of the two characters is encoded. In fact, a formal GS1 General Specification change request (CR # 09-177) to allow the encodation of either GS or FNC1 as the Separator Character has been submitted on behalf of several of the national GS1 Member Organizations. This CR is now working its way through GS1’s Global Standards Management Process. There is some resistance to this change by “purists” on the grounds that FNC1 is the established field delimiter and that people simply ought to learn how to use their software tools properly. It is unclear which camp will prevail. It is this author’s opinion that there is good reason to make this proposed change to the GS1 General Specification. If it makes no difference which character is encoded, and it is easier for label designers to use GS rather than FNC1, then use of GS instead of FNC1 as the Separator Character will continue–and expand–whether GS1 changes the GenSpec or not.

At the moment, however, the GenSpec is clear. One could appropriately challenge the statement that a symbol encoding GS and not FNC1 is “correctly formatted.” In fact, it is not correctly encoded. However, it is unequivocal that the transmitted data are correctly formatted.

For the present, the fact remains: FNC1 is specifically called for in the GS1 GenSpec; Group Separator is not permitted. Does it really make a difference which one is used? No. The data coming from the scanner are the same. It takes a verifier or other diagnostic bar code tool to know which character is actually encoded.
George Wright IV is vice president of Product Identification & Processing Systems Inc. Questions, comments, or requests for application assistance should be emailed to the author at [email protected]. Look for a follow-up article on bar code Symbology Identifiers and data capture application design in a forthcoming issue of PMP News.