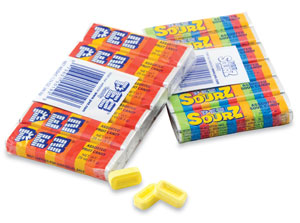 While candy might not be the first thing you think of when looking to improve your health, confections have a long history of health-related uses. Examples of this can be easily found in today's pop culture. For example, the trainers of reality TV show, Biggest Loser, recommend chewing gum to help ward off cravings for unhealthy foods.

This is not an isolated incident. A new report—Chewing Gum Market: A Growing Confectionery Segment: 2009 Edition—offered by Koncept Analytics, found the practice of chewing gum as a health aid is resonating with modern consumers. Researchers concluded that the chewing gum segment is the fastest-growing segment of the confectionery industry, with a compound annual growth rate of approximately 7 percent for the past few years. This growth is driven by numerous health-related benefits. Koncept Analytics note that gum “is said to relieve stress, help in weight management, increase alertness and focus. All of these factors result in the increasing demand of chewing gum in people of every age group.”

The concept of confections as health aids is not something new. In 1927, Eduard Haas III developed PEZ. The compressed peppermint candies, with a name derived from the German word for peppermint “PffErminZ,” were used as a smoking cessation aid. That is evident in the design of the first PEZ dispenser in 1950, which resembled a lighter, and the company's use of adult-oriented marketing with its PEZ girl illustrations. 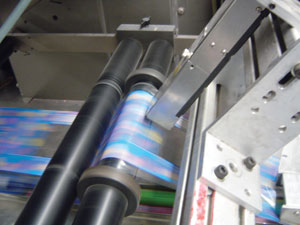 It was when PEZ Candy Inc. introduced its product in the U.S. that the European confection found significant demand for its product as a candy for children and they began to place decorative heads on the dispensers. PEZ Candy now boasts that more than 3 billion PEZ candies are distributed in the U.S. annually.

Just as PEZ Candy adapted the design of its candy dispenser in response to market conditions, the company recently adapted its ink-jet coding procedures to respond to new and pending regulations affecting the candy industry. “The new regulations are causing us to do additional coding and record keeping; there is a dramatic change in technology requirements, personnel training and general awareness of changing legislation,” says COO Mark Morrissey.

In consideration of these new and pending regulations, PEZ Candy, in spring 2009, decided to expand the number of products that receive lot codes. “In the past, we coded the inner boxes and cartons,” says Morrissey. “We decided to complete the cycle and code each sellable unit, each roll of candy and ultimately the dispenser. This put us ahead of many new CPSIA [Consumer Product Safety Improvement Act of 2008] requirements and industry practices.”

Each roll of candy receives a lot number that corresponds to the number of the batch that it was produced from, as well as lots associated with raw materials. Each blister-card, film bag or overwrap package also would receive its own lot number, which could be used to track the different batches of candy as well as data about the wrapping material and dispenser.

Morrissey contacted Hitachi America, Ltd., through its website for more information. Hitachi passed along Morrissey's contact information to NEcoding Inc. (New England Coding and Labeling), one of the systems integrators that distributes its products. The manufacturer also provided PEZ Candy with a list of references, many of whom took time to talk to the confectioner about their coding experiences. 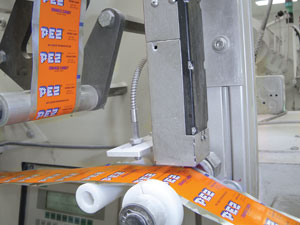 James Narvaez, owner and lead systems integrator for NEcoding Inc. met with Morrissey and was shown all of the different coding applications that PEZ Candy wanted to implement. When Narvaez made his sales pitch, he also offered to bring in equipment for testing before purchasing.

Morrissey was upfront with Narvaez about wanting to make sure that PEZ was receiving the best price for the product before purchasing. “They decided to get quotes from other come editors to get the best price,” recalls Narvaez.

It was only after the getting quotes from other competitors that PEZ Candy invited Narvaez back to the plant to install two test printers.

All 11 printers purchased by PEZ Candy were from Hitachi's PXR series. The common user interface enables operators to move easily between coding applications.

The systems integrator recommended the PXR-H450W for PEZ Candy's five candy-wrapping lines. The printhead's 55-micron nozzle enables clear printing of very small character sizes. This enables PEZ Candy to place a six-digit lot code on the individually wrapped rolls of candies despite the package's small size. For the other packaging lines, Narvaez recommended the PXR-D460w with its larger nozzle size of 65 microns. 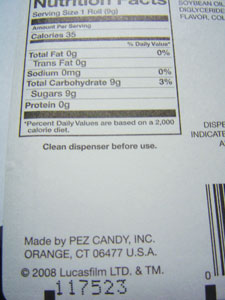 Narvaez worked hand-in-hand with PEZ Candy's maintenance department to develop mounting hardware for the company's many different packing lines. Hitachi PXR Series printers are housed in RoHS-compliant 304 SS IP55 enclosures, which enable the coders to be placed in harsh environments that have high levels of dust and moisture such as PEZ Candy's Inc.'s sugar room.

To further maximize uptime for coding applications in PEZ Candy's sugar room, the integrator also pressurized the printheads to ensure that sugar would not clog the heads.

The printheads already have connections for air, Narvaez explains. “We put 55 psi through hoses attached to these connections, and we cover every exit hole in the printheads except for those used to dispense the ink.

“Because of the candy, we have sugar dust,” Morrisey explains. “We were concerned that it would affect the performance of the ink-jet system. Some of my maintenance people come from other companies, where they had lots of problems. But they were very surprised that we don't have any problems with these. Besides filling them with ink, there's usually very little that is required. “

Additional alterations made by the systems integrator include a custom-manufactured traversing arm to travel the width of the blister pack lines conveyor. This enables the printhead to code six blister-packs in one roundtrip pass.

Two different types of ink are being used by PEZ Candy for coding: A standard, general-purpose black ink; and an acetone-based, fast-drying ink.

The acetone-based ink enables PEZ to code on nonporous substrates, such as its film wrappers. Narvaez suggests that packaging operation managers don't immediately assume that coding with acetone-based inks is costly. “It's not that expensive,” he remarks. “Our machines use very little ink.”

In-house-manufactured conveyors move pressed candies into the candy-wrapping room. Another in-house-manufactured machine lifts 20-lb totes of candies into a Sapal Chewpac hopper. This tote handling machine is only designed for operator safety. An operator must press two buttons, one in each hand, to lift the tote. This prevents his or her hands from entering the hopper.

The Chewpac wrapper vibrates the candies into 12-piece rolls, which are wrapped by the single-track machine at speeds up to 350 rolls/min. With its new wrapping and coding in place, PEZ Candies can produce one million rolls daily.