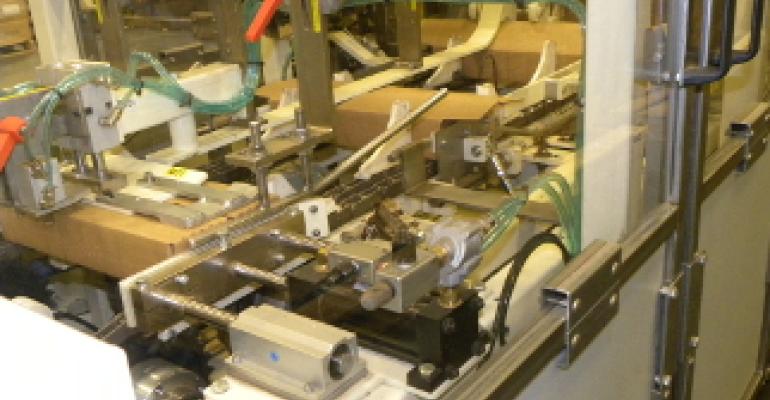 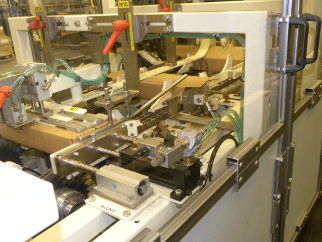 For Cabot Creamery Cooperative, after winning gold at the World Championships, the answer to "what are you going to do next?" was easy, and didn't involve a trip to Florida.

Cabot Vintage Choice Cheddar was named one of the 16 best cheeses in the world at the 2012 World Championship Cheese Contest, held in Madison, WI. Meanwhile, back in the Green Mountain State, Cabot Creamery was successfully completing major packaging line upgrades.

The enhanced packaging line has increased productivity and lowered costs while running all varieties of the Cabot 8-oz cheese bars seen in supermarkets nationwide. Rob Hirss, cut and wrap manager for Cabot Creamery, explains, "Adding an automated case packer and palletizer also has lessened the risk of repetitive-motion injuries and heightened overall safety."

Cabot's first choice for a secondary packing machine was a wraparound case packer from Schneider Packaging Equipment. Cabot had used a Schneider case packer on a similar packaging line for a number of years and decided to stick with a proven concept and a proven partner for this upgrade. The cheese maker's challenge in selecting the right case packer was to ensure product integrity during the case packing process.

"When the cheese bars are first wrapped in plastic film, they behave like water balloons," says Hirss. "It takes a full day for the cheese film to assume its packaged dimensions."

To test the efficiency of the case packer on a product that reduces volume in the first 24 hours, Schneider created an in-house version of Cabot's production conditions so its engineering team could thoroughly study and understand the particular product handling specifications. After meticulously observing all product conditions and requirements, Schneider created a mechanical collating technique that allows the case packer to arrange, rearrange and seal the cases before the settling process occurs. The same preoccupation with every detail was applied during the machine checkout or factory acceptance test (FAT) phase, running at production speeds.

"If you are running water balloons in production, you don't test the machine using bricks," explains Terry Zarnowski, director of sales and marketing for Schneider Packaging Equipment.

Switch from RSC to wraparound

The new line did require a change in box type, from a regular slotted container (RSC) to a harness-style wraparound. The new box has a center opening that accepts the puffy, oversized product at time of production, yet collapses as the packaging shrinks. The die-cut case is provided by RockTenn.

According to Bob Goodwin of R.T. Goodwin Inc., Schneider's sales representative who worked with Cabot on equipment selection, "If you just looked at samples of the finished product, you would never imagine the amount of effort necessary to design a case packer that can accommodate all the volume fluctuations of the product throughout the production and packaging process."

Finished cheese, once packaged in plastic film, goes on an automated line to the wraparound case packer. The case packer loads 12 bars into a case, seals the case shut with hot melt adhesive and releases it for labeling and palletizing.

The plant runs the line five days a week, usually for two, eight-hour shifts and packs about 500 cases per hour. The case packer has run smoothly since the initial set-up, says Hirss. "It's a very dependable machine."

Equally important was Schneider's involvement throughout the process. "The Schneider team managed the installation and start-up at our plant after they had assembled the equipment and run product in-house. Schneider provided programming so we can also run 2-lb cheese bars and also handle different types of boxes. Top to bottom, Schneider provided gold medal service."

At the same time that the Schneider case packer was installed on Line 2, a TopTier palletizer was also installed as part of the upgrades. Prior to this, the products had been boxed and the boxes palletized by hand, according to Hirss. He also points out that the controls and drives were upgraded on the original Line 1 case packer so that it is operationally the same as the newer Line 2 case packer.

"The case packers and the palletizers are excellent pieces of equipment," summarizes Hirss.

Cabot also recently made some packaging line improvements to its cultured dairy products. Read about the energy/time/cost-saving packaging development at www.packagingdigest.com/cooling.