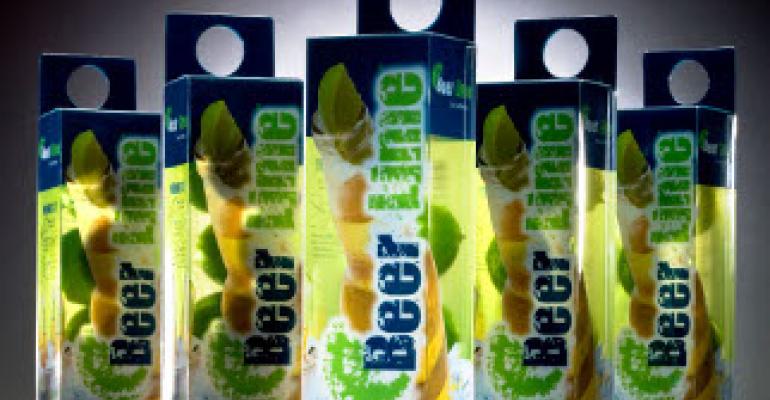 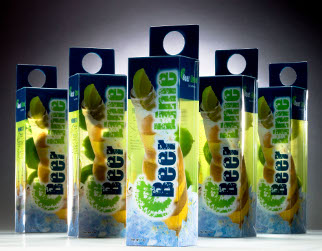 According to the company, the Beer Lime 4-pack is better than bulk and bagged limes because of the packaging design that bundles convenience with an unprecedented extended shelf life.

Each package of Beer Lime contains four perfectly sized, premium quality limes, which remain firm, plump and juicy long after their bulk and bagged counterparts have begun to show age. The secret to "lime longevity" begins with the packaging material made from virgin APET. This material—combined with the volume of limes and the respiration rate within the carton—creates an optimum atmosphere for storing limes and ensures each Beer Lime stays as plump and delicious as the day it was purchased.

"Our initial goal was simple-to bring consistently sized, firm, green and juicy limes to the eating and drinking world," says Sam Maglio, president of Market Source. "We never set out to create a package that made limes last longer; we just thought the [plastic] box had a lot of consumer appeal. After creating the package and having some samples sitting around our office, we realized we had created the perfect atmosphere for dramatically extending the average shelf life of limes for up to four weeks."

John Berger, general manager at Market Source, explains the significance of the hole in the carton header: Portability and accessability. It allows the package to hang on the neck of a beer bottle.

Transparent cartons are offset printed using the four process colors: cyan, magenta, yellow and black. "The graphics used allowed for visibility of the limes. The graphics draw you to it," Berger says.

Market Source began production of Beer Lime in June 2011 and is distributing to select retailers across the U.S. Beer Lime is packed and shipped from a new plant in McAllen, TX. Plans for a product line extension are underway and the company hopes to unveil the new line in early 2012.