The bird is the word 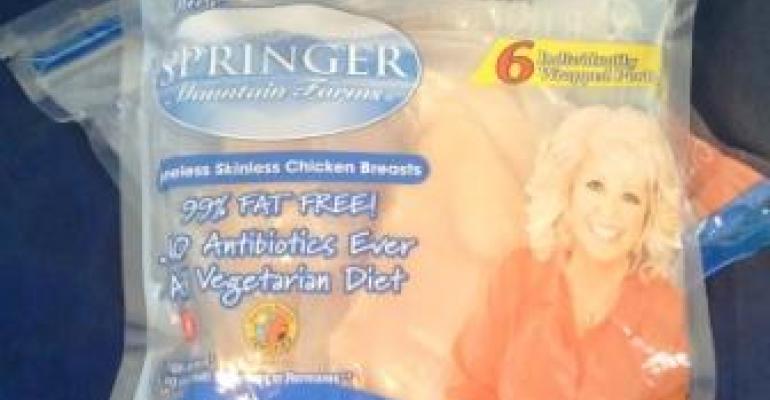 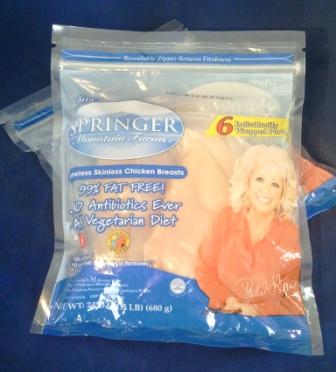 Since it was founded in 1972, Fieldale Farms, a Georgia-based poultry processor, has seen a number of evolutions in its packaging. The family-owned and -operated company has continued to grow and increase sales since its origin, and its history of packaging innovation (facilitated by its partnership with Sealed Air/Cryovac) has much to do with it.

Fieldale Farms has three processing facilities, two feed mills, more than 350 growers in its network, a fleet of 350 vehicles and customers all over the globe. While its business includes foodservice customers, according to Ken Wash, vp of procurement for Fieldale Farms, the company foresees growth potential in other areas.

"We see opportunity for growth on the retail side," he says. "Our primary business is selling antibiotic-free chicken, so we're seeing a lot of growth in that niche as well. We're also the only processor of poultry with all-vegetable diet."

As it has grown, the company has introduced a number of changes in its packaging and product offerings-the latest being portion-controlled chicken pouches and Sealed Air/Cryovac's Darfresh packaging, which uses two films to create a vacuum package. The Darfresh pack is designed to help preserve the color, flavor and integrity of the meat inside, and impart the package with a premium look for merchandising. Especially popular with processors in Europe, the Darfresh pack commonly is used by U.S. customers for smoked and processed meats. Fieldale Farms is the first stateside customer to use the packaging for fresh poultry items. 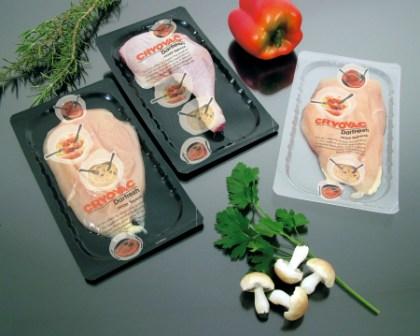 While the overall meat processing and packaging industry has seen some shifts and improvements in packaging-boosting product safety, useful life, shelf presence and other factors-Wash says changes have been somewhat slow in coming.

"From a packaging perspective, we've seen the industry go from pulp trays to foam trays to pre-padded foam trays to this soft pack, but it's been a slow progression," he says. "Retailers still have shelf space that really hasn't changed a lot over the past 20 to 30 years. As far as the fresh side, the packaging has changed from being very backroom-looking to more specific size trays and cuts, to printed films, to nutrition information, to providing a lot of education on the front of the pack."

Don Smith, marketing director for Cryovac brand poultry packaging, says the firm has accomplished a number of improvements and innovations to help the industry. In the early 1990s, the company sought to improve the safety and integrity of the common configuration of using a foam tray covered with cling film. The problem with that configuration was that the film, if not placed around the meat tray carefully, had a tendency to bunch at the bottom and leak fluids all over the container, creating a messy health risk.

With introduction of its SES film, Sealed Air/Cryovac worked to create virtually leakproof hermetic seals, which helped preserve the safety and integrity of the product. In the late 1990s and early 2000s, Sealed Air/Cryovac came up with a hermetically sealed film bag for whole chickens. That package, which prevented leaks and air intrusion, became a widely accepted setup. Soon after that, they created a "saddle-pack" package for meats, which warehouse stores such as Costco embraced.

For more than half of its 38-year history, Fieldale Farms has worked with Sealed Air/Cryovac to ensure its packaging properly served its clients and consumers. Before the relationship developed into a partnership, Fieldale Farms was working with other vendors and using a pad from Sealed Air, which evolved over time.

"Over time, they developed from the old fluff ply pad into the pads we use today," Wash says. "In the 1990s and early 2000s, Sealed Air purchased Cryovac, so we continued using the pad. The pad is the single thing that kept us tied to Cryovac at that time. It was the quality."

The poultry processor was invited to bring product samples and do testing with the equipment and materials. Increasingly, the company tried new packaging products, starting with Sealed Air/Cryovac's SES film.

"When we first went to the Cryovac SES film, it was developed to make the package more leak-resistant," Wash says. "Consumers have become more educated over the years and they really want the feel that the product hasn't been handled."

Smith says Sealed Air/Cryovac now provides Fieldale with a much broader range of meat-packaging products, from the trays, to the absorbent pads beneath the meat, to the overwrap film on trayed meats, to materials used for portion-packed meats and whole-bird packages.

According to Steve Graves, regional sales director for Fieldale Farms, the partnership between the company and Sealed Air/Cryovac works well because of open dialogue, and because the family-owned poultry processor tends to make decisions quickly and nimbly, rather than overthinking. That quick-on-your-feet way of working made the introduction of this new leak-proof and portion-controlled packaging relatively fast.

Smith adds, "The company tends to reach out to us, tell us their issue, and they're very open to discussion-even with their customers. We'll get together with Fieldale, representatives from a supermarket and our staff, and we'll all talk about what they need. They're very open and progressive. Getting everyone in a room all at the same time and discussing issues is a good way to solve a problem."

The new portion-controlled packaging created via the partnership is "vacuum-skin packaging" that puts individual portions of meat (such as single chicken breasts) in separate air-tight packages, then inserts the packs into one larger pouch for retail sale. The shopper can then take out and use what she needs at home, leaving the remaining portions in the outer pouch sealed and safe.

"With that, you've got a package that's ideal for freezing," he says. "The pouch provides rigidity on the bottom of the package. It's not balled up, it's very attractive to the consumer, who sees exactly what she's getting."

Wash says the new packaging succeeds for several reasons."It is leak-proof, and it is atheistically pleasing to the customer," he says. "Also, customers of our antibiotic-free product are looking for more nutritionally advanced products and are really looking at all aspects of the packaging, and this package can be advertised as an eco-friendly pack. There is less total weight going to the landfill with this product versus the foam tray. Our products' customer is very educated, even about packaging. In addition to sustainability, this package has cost efficiencies."

The change to the new packaging, while leading to a number of benefits, involved a number of other considerations for Fieldale Farms, including changes to its packaging machinery arsenal and investment in new equipment.

"It's a total different operation vs the foam tray operation," Wash says. "This product is loaded, indexed and packed differently than a tray line. Once we had enough customer interest, we knew we were ready to implement. Pads can only take care of so much moisture. This leak-proof vacuum packaging takes care of that and you don't have to have a pad in it."

As Fieldale Farms worked to change its packaging, Sealed Air/Cryovac provided help in a number of ways. The company has machinery at its South Carolina and Atlanta facilities that demonstrate its capabilities, which companies can use to develop packaging and plan their lines back home. According to Graves, the setup enables packaging and processing companies like Fieldale to create effective packaging while minimizing exposure and risk.

Wash says the changes in machinery led to some other shifts as well.

"Foam tray packaging equipment lets you load over a longer period of time on a conveyor," he says. "With this package, it can only be done with indexes. It does six at a time, so you have compartments that you put your chickens in. You can only do about six index times a minute, which cuts production in half. As a result, we had to redirect the front part of our line to adjust to the new speed. It's slower and it takes more skill at loading than foam trays. However, the equipment has a smaller footprint, so you could basically put two of the new machines in the same area where you had a tray packaging line, and you can have the same capacity and labor."

The time from initial research into the new packaging to the time it hit the shelf on Oct. 1 of this year was about five years, Wash says. He adds that the company is launching a second line in the packaging in the first quarter of 2013 under the Springer Mountain Farms brand. While Fieldale Farms is still early in the new packaging to gauge its long-term retail performance, Wash says the shift has gone well.

"It's important to say the transition in our plant has been smooth," he says.

Behold: The Power of Meat

The recently released Power of Meat Report, conducted by 210 Analytics, is the seventh in an annual report series exploring the relationship between consumers and meat products, and how factors such as packaging and labeling impact shopper attitudes and behaviors. Among this year's findings:
• The still-unsteady economy continues to foster a field of cost-motivated shoppers. However, the number of shoppers simply opting to buy less meat to cut costs equaled the number of shoppers using lists, coupons and other saving measures.

• A total of 28 percent of shoppers indicated that they would buy more meat and poultry if the products were housed in environmentally friendly materials, even if it meant paying a little more; 49 percent of respondents said they would only make such purchases if there were no price difference.
• Awareness of Country of Origin Labeling rose to 39 percent of shoppers in 2012, compared to 33 percent in 2011, though it has little reported influence on purchasing decisions if the price of U.S. meat or poultry is higher.

The 2012 Power of Meat Report, conducted by 210 Analytics, was commissioned jointly by the American Meat Institute and the Food Marketing Institute, with sponsorship by Sealed Air's Cryovac Food Packaging Div. To purchase a full copy or review a summary, visit www.meatami.com or www.ami.org.