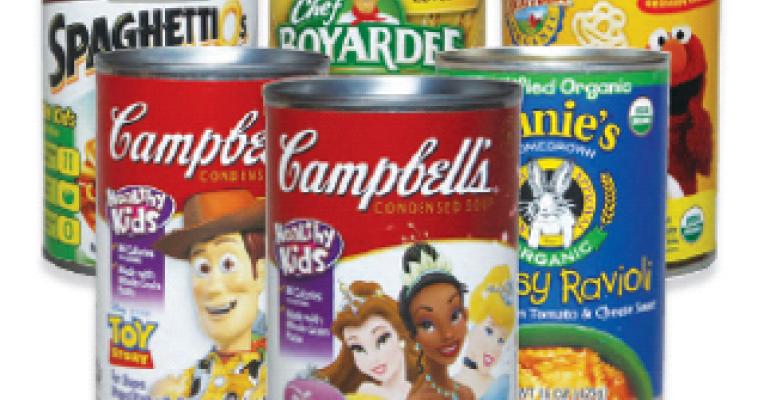 BPA in canned foods for kids 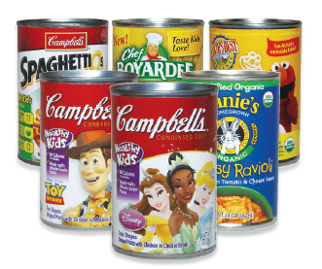 A new report released by the Breast Cancer Fund documents the presence of the chemical bisphenol-A (BPA) in canned foods marketed to children. Every food sample tested positive for the chemical, with Campbell's Disney Princess and Toy Story soups testing the highest.


Exposure to BPA, used to make the epoxy-resin linings of metal food cans, has been linked in lab studies to breast and prostate cancer, infertility, early puberty in girls, type-2 diabetes, obesity and attention deficit hyperactivity disorder. Childhood exposure is of concern because this endocrine-disrupting chemical can affect children's hormonal systems during development and set the stage for later‐life diseases.

"There should be no place for toxic chemicals linked to breast cancer and other serious health problems in our children's food," says Jeanne Rizzo, president/CEO of the Breast Cancer Fund. "We hope this report will shine a spotlight on this issue and encourage companies to seek safer alternatives to BPA."

"In all of these products—but particularly in the Campbell's Disney Princess and Toy Story soups—a child-sized serving could result in BPA exposure at a level of concern," says Gretchen Lee Salter, policy manager at the Breast Cancer Fund. "Consider the number of servings of canned foods—soups, pastas, vegetables, fruits—that a child eats in a week, in a year, and then throughout her developing years, and you start to see the urgency of getting BPA out of food cans."

"This report shows the that we're all part of a big experiment to see what BPA will do to our kids and us," says William Goodson, M.D., a breast cancer surgeon and senior clinical research scientist at California Pacific Medical Center Research Institute, who just last week published a study showing that BPA causes non-cancerous cells to grow and survive like cancer cells. "We weren't given any choice about being in this experiment, and it's time for that to change."

Research has also uncovered a relationship between household income and BPA exposure, showing that people with the highest BPA exposure are from the lowest income groups. This data may be attributed to the fact that canned foods are usually cheaper, last longer and are more readily available in low-income neighborhoods than fresh foods.

In response to these findings, the Breast Cancer Fund is launching a "Cans Not Cancer" campaign, urging manufacturers to replace BPA with safer alternatives. Sample consumer letters to Campbell's and other companies highlighted in this report can be found at www.breastcancerfund.org/cansnotcancer.

"Every day, children are being exposed to BPA through canned foods marketed to them using slick advertising and their favorite characters," said Salter. "The Breast Cancer Fund's Cans Not Cancer campaign is about our health, our children's health, and a safer future where breast cancer rates have dropped because we've reduced our exposure to toxic chemicals."

Some canned food companies are already switching to a BPA-free can liner or changing their food packaging altogether. Eden Foods, for example, uses an oleoresinous c-enamel, which is a mixture of an oil and a resin extracted from plants, for some of its canned foods. While some other companies say they are using BPA alternatives, they are not transparent about the alternatives they are using.

At the public policy level, 10 states have restricted BPA in infant food containers. While these laws do not cover the kinds of canned foods tested in this study, they send a strong signal to the marketplace that states are taking action to protect children from harmful chemicals in food packaging. In addition the Breast Cancer Fund is supporting pending federal legislation authored by Rep. Ed Markey, D-Mass., that would ban BPA from all food and beverage containers.

The "BPA in Kids' Canned Food" report also lists a number of convenient alternatives parents can use in place of canned food including dry or frozen pasta, boxed macaroni and cheese, soups in Tetra Pak cartons (70 percent paperboard combined with thin layers of low density polyethylene and aluminum foil) and frozen or fresh fruits.

The report can be downloaded at www.breastcancerfund.org/bpakids.