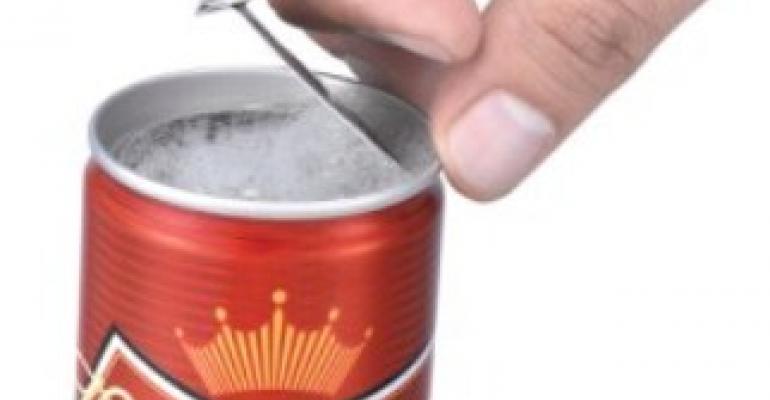 Open-end Budweiser can from Crown Holdings 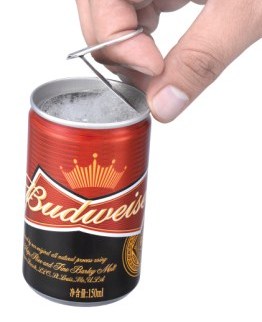 The historic ‘gan bei' drinking ritual in China, which is the equivalent of the "Cheers!" toast in the U.S., is being modernized with Anheuser-Busch InBev's launch of Budweiser in premium metal packaging featuring a full aperture end. The new 200 diameter end was developed by Crown Holdings, Inc. specifically for this project and represents the first commercial application of full aperture ends in Asia. Branded the 360 End, the innovation allows the entire can lid to be removed, turning the can itself into a drinking cup.

The 150ml package is slated for limited release in China, with nightclubs and the popular karaoke scene as primary end-use targets.

"China has overtaken the U.S. as the world's largest beer market, and younger consumers represent a large part of the country's consumption of 40 billion liters of beer each year," said Ricardo Dias, Vice-President of Procurement for AB InBev APAC. "The ‘gan bei' can is a brand new product with a very specific goal: enhancing the drinking experience for Budweiser consumers, who have increasingly sophisticated taste. The unique size, ultra high quality graphics and full aperture end will also reinforce the positioning of Budweiser as a premium brand for aspiring and affluent Chinese consumers."

The 360 End is produced using a combination of Crown's food can and beverage can technology. The company's global operations provided support for the AB InBev application, with the ends being produced in Asia and converted in the United States. The container is currently produced in Europe with final filling taking place in China. After the initial launch, production will be based in China.

"Crown remains committed to partnering with its customers and bringing packaging innovation to market that helps build their brands," commented Robert Bourque, Crown's Vice President of Beverage Cans, Hong Kong/China. "We worked closely with AB InBev to adapt the 360 End for the Chinese market and leveraged our global capabilities to make it possible."