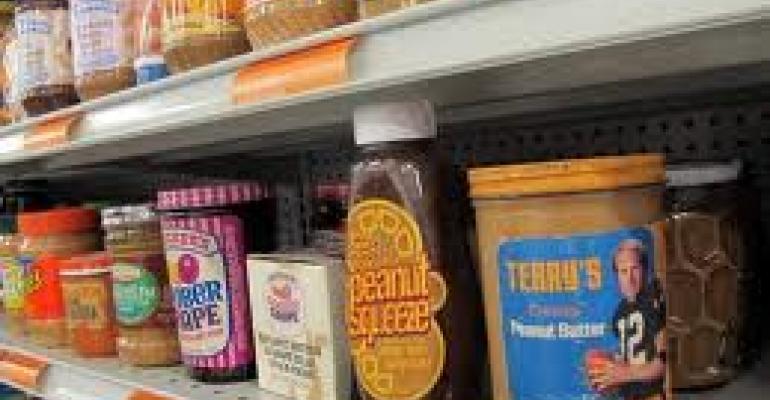 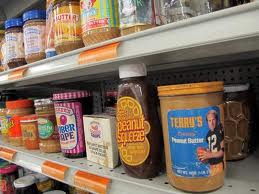 When grocery product designers are looking for new ideas, sometimes they turn to the past. That's what brings them to the world's most extensive collection of food packages, the NewProductWorks Collection in Ann Arbor, MI.

You never know when a 1981 jar of Terry's Creamy Peanut Butter might spark a brain wave, or whether an idea that flopped in the past -- spray salad dressing, anyone? -- might have a new life.

"Visitors to the collection step back in time through a forest of American consumerism, telling the story of culture," said Margaret Reynolds, executive vice president of GfK Global, which owns the collection. "Most of the collection is about 30 years old or newer. Some products date back to the early 1970s."

If a product contained perishable food, only the package was kept. But products such as soft drinks, nuts, soup and cleaning products are left intact for the ages. So the collection includes a lot of shampoos, shriveled soap and soda, "and we still have diapers from 30 years ago," Reynolds said.

Open to product researchers, academics and corporate clients -- but not the public -- the collection of 130,000 items is kept at the GfK headquarters. Only about 30% is on display at any one time. And curators still add 400 new items to the stash each month.

The collection, in a bright, big room, looks like a crowded grocery store that carries just one of each item. On one portion of one shelf are 42 jars of peanuts, each one a different brand or from a different year. Another section has shelves full of old soup cans, one of each style.

"Campbell's Soup told us we had more Campbell's soup than Campbell's Soup," Reynolds said.
Because only 20% of all new grocery products actually succeed with shoppers, the collection contains many examples of flops. Among the losers:

"It was an idea that didn't work out at that moment or for that product, but maybe someone else could be inspired by the packaging," Reynolds said.

Some packages are famous, including Log Cabin syrup in an actual metal log cabin can, sold circa 1987, and the first packaging of Method dish soap, in an elegant upside-down bottle, circa 2002.

Some packages are extremely odd. Ramune Drink, a carbonated beverage in a bottle, has a clear marble in the neck, to fizz up the bubbles as people drink.

You never know what might spark an inventor's idea or catch the eye of a focus group, Reynolds said.
"Successful innovation is a mash-up," she said. "If I want better efficacy on whitening than toothpaste, but I want the toothpaste price, I get Crest White Strips."

New in the collection for 2011: small ketchup dispensers, K-cups for coffee, specialized diapers and anti-aging creams and potions.

Trash or treasure?
The collection was started in 1971 by Robert McMath, an Ithaca, N.Y., marketing journalist. He was an expert on U.S. and British packaged goods and what made them succeed or fail, and the author of "What Were They Thinking?" (with Thom Forbes, 1996, Crown, $19). The book recounts the stories of doomed products such as Crystal Pepsi.
In 2001, Arbor Strategy Group bought McMath's collection.

"They had to move it in two big tractor-trailers from Ithaca to Ann Arbor," Reynolds recalled. "It was a humongous operation. Bob's wife was rolling glass things in bubble wrap. It took four months to unload it. It was 100,000 products. It was a lot -- jars of spaghetti sauce, packages from Russia and China. And many of them, because they were 30 years old, didn't exist anymore outside of this collection."

In 2008, Arbor Strategy Group was sold to GfK Global, a market research firm based in Germany.
A year ago, the collection moved again, a mile away to a new building south of I-94 near State Street.
This time, GfK hired professional movers who handled the entire collection over a weekend.

While it's priceless to packaging experts, it's hard to measure the collection's actual cash value.
"What is an empty package of Oreos from 1990 worth?" Reynolds said. "It depends on your perspective, whether it is trash or treasure. The anthropological, cultural aspect of it is Smithsonian in its value."
___
(c)2011 the Detroit Free Press
Distributed by MCT Information Services