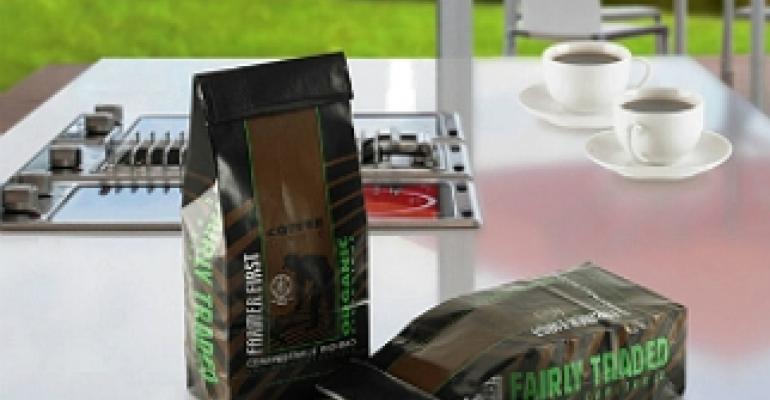 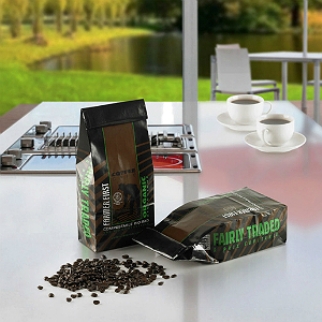 The Fair Trade, organic coffee is packed in a paper bag laminated to transparent NatureFlex film. According to Roy M Hardy, President, Pistol & Burnes, "Most roasted coffee sold in the world is packaged in either foil bags (coated in plastic) or paper bags (with a plastic liner). These usually end up going straight to landfill as they can prove difficult to recycle. However our enviro-friendly coffee bag can be organically recycled (composted), which means it breaks down in a home compost bin."

NatureFlex films are certified to meet the American ASTM D6400, European EN13432 and Australian AS4736 standards for compostable packaging. The wood-pulp is sourced from managed plantations. The renewable biobased content of NatureFlex films is typically 95% by weight of material according to ASTM D6866.

NatureFlex was an obvious solution for use in this application as the film begins life as a natural product - wood - and breaks down at the end of its lifecycle in a home compost bin (or industrial compost environment) within a matter of weeks. It is also confirmed as suitable for emerging 'waste to energy' techniques such as anaerobic digestion.

The bags were developed by Genpak, a Canadian-based converter. Bill Reilly, Technical Manager, explained, "We recommended NatureFlex to Pistol & Burnes for several reasons. First and foremost, the film performs well technically, having high barrier properties and good seal integrity that enhance shelf life, keeping oxygen out and aroma in - very important for packaging coffee. Secondly, NatureFlex is perfectly aligned with the ethos of their Fair Trade, organic Farmer First brand."

NatureFlex films offer advantages for packing and converting such as inherent deadfold and anti-static properties, high gloss and resistance to grease and oil, good barrier to gases, aromas and mineral oils and a wide heat-seal range.

"Continued success with partners such as Genpak and Pistol & Burnes means that our NatureFlex films are well positioned to provide solutions to converters and brand owners. Especially those seeking to meet consumer demand for packaging made from renewable resources," said Joe Piccione, President, Innovia Films Americas.