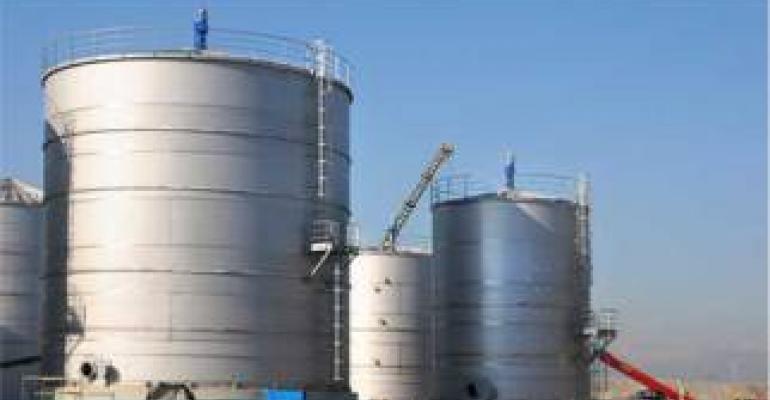 The completion of construction of the plants, including the time required to obtain necessary permits, is expected to occur within 36 months.

Industrial and Commercial Bank of China ("ICBC", the world's largest bank by market capitalization) and Banco Inbursa (a leading Mexican bank) are expected to provide the bank financing for the project.

M&G will be the sole owner of the plants and solely responsible for their operation.

"This is the largest PET investment ever in the western world and probably one of the largest investments recently announced in the US in the private sector. It is the celebration of excellence. It combines the excellence of the Corpus Christi (Texas, US) site, the excellence of state of the art technologies, and the excellence of geographical heterogeneous project participants in their respective fields of competence being production of PET/PTA, engineering and construction of chemical plants or banking and financials services. It shows that good projects attract the very best even in the current economic downturn. I am very proud of this achievement" said Marco Ghisolfi, CEO of M&G's Polymers Business Unit.

"The awarding of this important contract to SEG is a big milestone for entering the North America EPC market，which is a part of SEG business strategy to diversify from coal chemicals to polymers" said Yan Shaochun, President & CEO of SINOPEC Engineering Group.

On September 12, 2012, M&G purchased the land where the new PET and PTA plants will be constructed from the philanthropic organization The Robert Driscoll and Julia Driscoll and Robert Driscoll, Jr. Foundation. The land is conveniently located on the northern side of the Viola Channel within the Port of Corpus Christi providing good access to rail and navigable water. Corpus Christi, Texas, is located 200 miles southwest of Houston, Texas, and 145 miles east of Laredo, Texas. It is strategically located on the Gulf of Mexico with a metropolitan population over 400,000. The Port of Corpus Christi is the fifth largest port in the United States, in terms of tonnage, and will soon expand significantly as a major trade gateway for Mexico and Latin America with development of the La Quinta Container Terminal. The Corpus Christi Port Authority, to support the expected traffic growth, have also just announced a major rail expansion. Six refineries and paraxylene production are present in the Corpus Christi area.

About the Project Job Creation

The new plants will generate approximately 250 new jobs. An additional 700 indirect positions are anticipated and as many as 3,000 jobs likely will be created during construction.