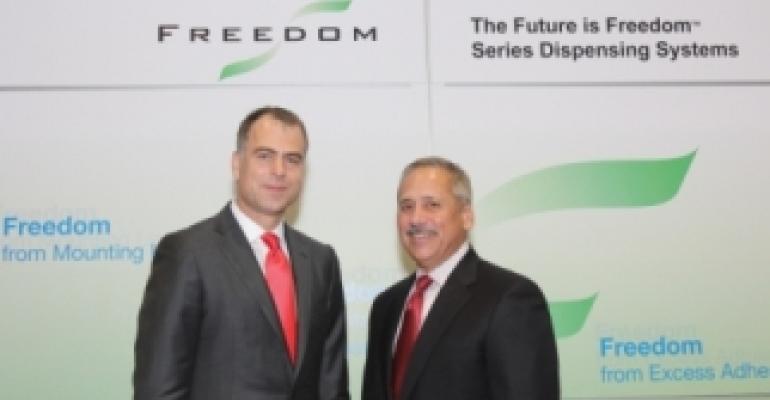 At a Sunday press conference, executives from Nordson and Henkel announced their global alliance on new technology development for the packaging market, resulting in the Freedom system. The system combines Nordson's Freedom hot-melt dispensing equipment and Henkel's Technomelt adhesives. According to company officials, the project is aimed toward helping customers contain costs, simplify operations, increase productivity, boost reliability and implement sustainability improvements. A number of Freedom systems are undergoing field tests; the companies expect the project to launch in the first quarter of 2013.