Packaging a matter of taste for global cultures 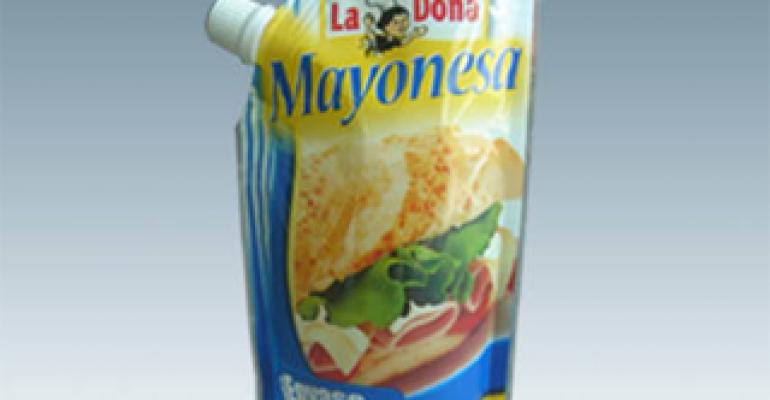 In the United States, we would probably find it strange to see mayonnaise sold in a large two-liter bag with a spout on top. However, this type of mayonnaise container is much more common in Chile, where the average person consumes several pounds of mayonnaise every year.

Cultural differences greatly affect how food product packaging is perceived and how products are sold in various countries. Although we are often advised to avoid judging a book by its cover, marketers know that consumers always judge products in part by their packaging and presentation. The material, size, imagery, color and quality of a product's container can significantly influence how a product is perceived in other countries and cultures.

A Dutch producer of powdered milk called Neerlandia successfully exported its product to African countries in tin cans. In an effort to cut costs, the company switched to alu-packs made of aluminum foil, but this created unexpected challenges. According to Professor Tevfik Dalgic and Dr. Ruud Heijblom in the "Journal of International Marketing," one African country's customs officials were suspicious that the new packages contained illicit drugs. When the product finally hit shelves after intense scrutiny in customs, sales were disappointing.

"It seems that buyers, subsequent to consuming the powdered milk, had been using the tin boxes of the previous packaging as vessels for boiling water and preparing food, and even as building blocks," write Dalgic and Heijblom. "Following a period of reduced sales, Neerlandia discontinued the alu-packs and reverted to the former reusable tin box packaging."

Campbell's famously struggled when first attempting to sell condensed soups in the United Kingdom. In a can half the size of non- condensed competitor products, the company offered the same amount of product in a smaller can. However, because U.K. customers were unaccustomed to buying condensed soups, the smaller Campbell's cans looked like a less favorable deal next to the larger containers of competing soups.

Preliminary market research can help companies avoid such international struggles. The British chocolate maker Cadbury reportedly performed a study to gauge perceptions of its purple wrapper in different cultures. As intended, the British saw the color purple as luxurious; however, the Taiwanese perception of the color purple caused them to perceive the product as low in quality. This knowledge enabled Cadbury to better target the Taiwanese market with a more appropriate wrapper design.

Sometimes, even after having completed their research, companies balk at having to market products based on local customs. However, executives may need to take bold stands to break from the norm and achieve international success.

For example, Shin Ohkawara, former president and CEO of Kentucky Fried Chicken Japan, had to fight to break from many of KFC's standard American practices. Ohkawara adapted to the local culture that expects higher standards of quality and presentation even from fried foods.

Nation's Restaurant News reported in 1988 that, instead of dumping chicken into buckets, KFCJ neatly arranges chicken in a single layer, in wide boxes with ribbed, plastic bottoms to minimize grease absorption. This simple packaging change had a huge positive impact on customer perception and sales.

"Compared with the United States, packaging costs us more than twice as much, but we are doing it," explained Ohkawara.

Naturally, U.S. management resisted, but Ohkawara prevailed. He insisted on additional quality improvements and made the franchise a success in Japan.

"Kentucky (Fried Chicken) would never have been successful here by following American advice," commented the chief editor of one of Japan's leading restaurant industry publications.

Package standardization can sometimes be an efficient course of action, but international food marketers should be wise enough to recognize when localization is more appropriate. By acknowledging and respecting cultural tastes and preferences, marketers will be better positioned to see their products reach consumers' homes.

Otherwise, without proper adaptation of packaging and presentation, consumers may never be enticed to discover how good a product really is.

Adam Wooten is vice president at the translation and localization company Globalization Group Inc. He also teaches a course on translation technology at BYU. E-mail:[email protected] . Follow him on Twitter at AdamWooten.