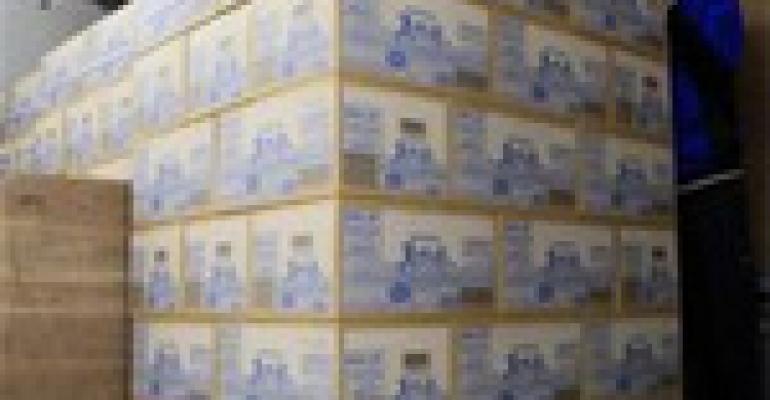 Weeks after the March 11 earthquake and tsunami, shelves in many stores remain empty of food and various everyday items. It is often not the products themselves that are in short supply, however, but rather containers and packaging.

Containers for natto, a traditional Japanese dish of fermented soybeans, and cartons for milk are scarce, and a lack of ink has hampered production of some magazines.

In the wake of the devastating disaster, factories that produce packaging material have struggled to boost output to match demand.

Natto has been a rare sight in supermarkets in the Tokyo metropolitan area. In Ibaraki Prefecture, a natto production center, makers recently resumed output but production remains far below normal levels because firms that make the containers and transparent film used to wrap natto have been unable to keep up.

Major natto maker Takanofoods Co., based in Omitama, Ibaraki Prefecture, has resumed operations at its factory, but has yet to secure a stable supply of natto containers. This has kept output down to less than half the level before the disaster.

According to a packaging material company in Tokyo, the lack of plastic film is more serious than the shortage of containers. Because of earthquake damage suffered by a petrochemical complex in Kamisu, Ibaraki Prefecture, ethylene and other raw materials used to make the film have been difficult to come by.

The milk supply chain has been disrupted by a shortage of cardboard cartons. Nippon Paper-Pak Co., a major beverage packaging firm, had to suspend operations at its two plants in Ibaraki Prefecture due to the disaster, and its storage warehouse was damaged. Although it had resumed normal operations as of Tuesday, the company said it would take time for its output to catch up to milk firms' demand.

Production by the nation's three leading cap makers has slowed to 60 percent of pre-earthquake levels. Output at factories in western Japan has been increased, but this has not been enough to meet the gap.

"We haven't been able to get the amount of caps we want. This is now having a negative impact on our efforts to boost production," an official of a major beverage maker said.