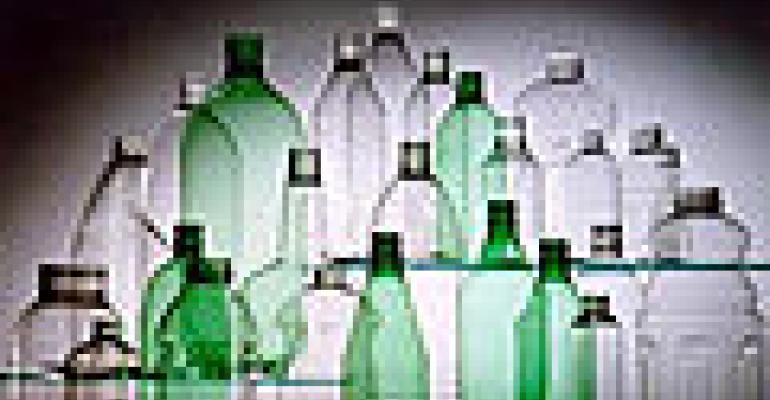 When shoppers are worried about losing their jobs, they're a lot less likely to spring for the name-brand groceries. So in some ways, the recession has been good for Chattanooga bottle producer Arch Plastics Packaging.

oved away from the branded drugs," said Shital Rali, whose company produces plastic bottles for generic-brand products such as vitamins and mouthwash. "We have been growing steadily."

Since opening in 2006, Arch underwent two expansions, growing from 40 to 65 employees at its 10 production line factory. In the next two years, the company plans to add another five lines and about 50 jobs to its round-the-clock production facility.

"It's just a matter of getting the customers," Rali, the plant's manager, said. "Our philosophy is to grow slow. Once you take a step, you stabilize and then take another step."

This has been a stabilizing year for the company after growth throughout the recession. Janis Webb, a quality insurance inspector, was particularly pleased to see the company growing.

After 25 years in the plastics industry, she lost her job when the Rossville plant she had she worked in closed in 2008. But Arch picked her up soon after she was laid off.

"I was lucky to find a job doing what I know," she said. "It gets in your blood."

ARCH's president Charles Amin certainly feels plastics are an integral to his business life. He got his start in the industry running Chattanooga manufacturer American Plastics. He sold the company in 2003, but got back in at the request of a friend.

John Moss, Amin's friend and a plastic engineering expert, learned he had cancer and wasn't likely to live much longer. Moss wanted to share his 35 years of experience with a younger generation and teamed with Amin to start the company just a year and a half before he died.

But building a factory from the ground up is no small feat.

"We were making sales calls, no business card, no plant," Amin said. "It's tough. You lose sleep."

Amin is accustomed to going a few nights without sleep. The manufacturer and hotelier is involved with 23 projects across the region, several of which are based in Chattanooga. After 27 years living in the city, he's proud to call Chattanooga home and bases all the business he can in Hamilton County. "It's my first choice," he said. "We are lucky to have a supportive city."