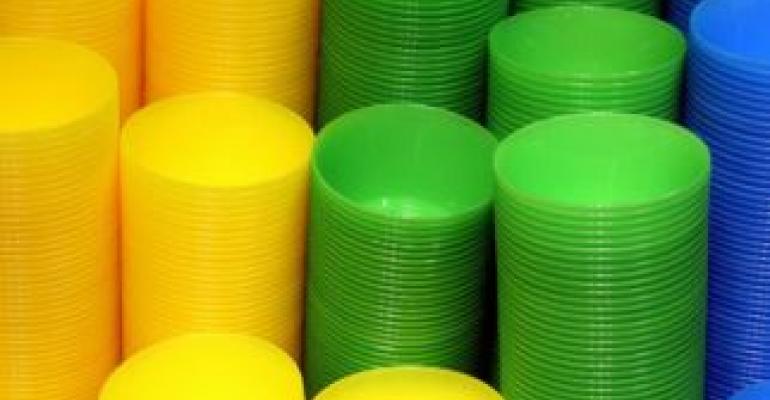 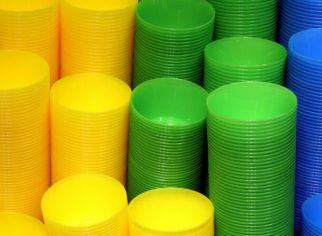 Bisphenol A toys with the female heart, a new study finds. And under the right conditions, its authors worry, this near-ubiquitous pollutant might even prove deadly.

BPA is a building block of clear hard plastics, dental sealants and the resins lining food cans. Studies have shown that throughout the industrial world, nearly everyone regularly encounters the compound, albeit at trace concentrations.
That's small consolation, says Laura Vandenberg of Tufts University in Medford, Mass.: In the new BPA study, "the most effective dose was very close to—if not completely overlapping—what's been reported in humans," she says.

Parts-per-trillion concentrations of BPA triggered heart-muscle cells to begin beating to their own internal drummers. These cells should instead hold off beating until they receive signals from a central pacemaker, explains Hong-Sheng Wang of the University of Cincinnati College of Medicine, whose team conducted the new study. The resulting arrhythmia, known as fibrillation, caused by unsynchronized beating can trigger sudden cardiac death, Wang says.

BPA mimics the hormone estrogen in the body. In 2009, the Cincinnati team showed that both estrogen and BPA could alter contraction rates in heart cells—but only those from female animals. The researchers recently linked this finding to estrogen's effect on calcium, which plays a pivotal role in heart-cell contractions. Both estrogen and BPA—especially together—fostered a leakiness of calcium within female heart cells, the team reported in the Sept. 27 PLoS ONE.

Those researchers have now linked this gender-specific effect to cell-surface estrogen sensors that come in two flavors: alpha and beta. Triggering the beta sensors when a cell is stressed stimulates inappropriate autonomous cell contractions, Wang's team reports online in the February 2012 Endocrinology. Alpha sensors inhibit such activity. Differences in the ratio of alpha sensors to beta sensors on a cell—and probably the absolute number available to pick up signals—may explain gender-specific vulnerability to arrhythmia, Wang says.

Moreover, estrogen sensors appear to operate differently in heart tissue than at other sites, such as the breast or ovaries. Typically, sensors lock onto an estrogen molecule and then carry it deep into the cell, where the hormone triggers the creation of proteins that carry out important functions. But in heart cells, changes in cell contraction occurred within two minutes or so, Wang says—faster than protein synthesis could explain. And the contractile changes happened even when estrogens were prevented from entering cells.

"This is strong evidence that whatever BPA does here is through receptors on the cell surface," Wang says. The finding may also explain why BPA, normally weaker than estrogen, rivals the hormone's potency for controlling heart rhythm. In terms of fostering arrhythmia, Wang's team found, estrogen and BPA were equal, exhibiting a peak potency at around 0.2 parts per billion.

Estrogen and BPA appear to operate through somewhat different mechanisms, however. Wang notes that delivering equal doses of estrogen and BPA increased the cardiac effect more than would doubling the dose of either alone.

"Though not flashy, this study is excellent at revealing nuances of how cardiovascular tissue can respond differently than cells elsewhere in the body to estrogen - and to BPA," Vandenberg says. And cell-surface effects, she adds, might "explain the high sensitivity of heart cells to low doses of hormone."

The Cincinnati team is now repeating its experiments in heart tissue from dogs. Although gaining access to healthy human heart is challenging, Wang says his group plans to extend its findings to human cells soon.