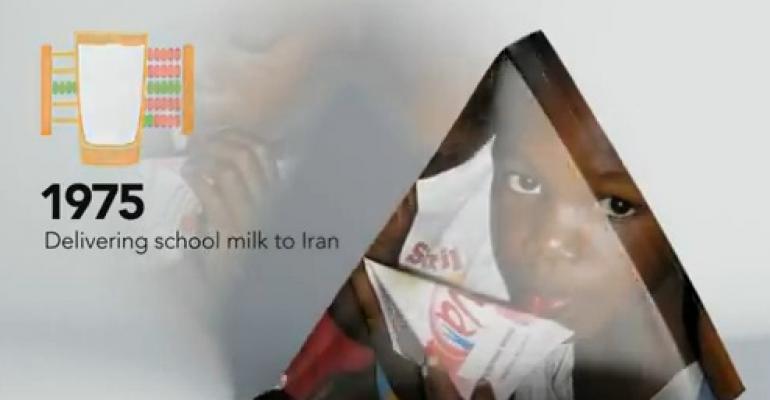 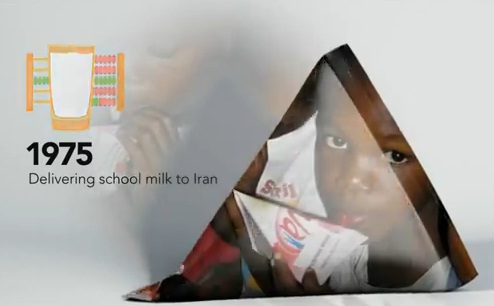 Tetra Pak marks the 60th anniversary of the delivery of its first filling machine with the launch of the Voices of Innovation video series. Over the next 12 months, videos will showcase the people who have helped to deliver six decades of technology, social and environmental innovation, beginning today with perspectives from Tetra Pak CEO, Dennis Jönsson.

The Voices of Innovation series explores every aspect of Tetra Pak activity, from products, services and technology, to sustainability and the environment, and food safety and social programs:
• Products and technology: Beginning its voyage of discovery in Sweden in September 1952 with the first Tetra Classic® filling machine, Tetra Pak has gone on to build the world's most extensive portfolio of packaging solutions with: 229 packages, 7,000 packaging combinations, 8,700 packaging units and 66,000 processing units in operation worldwide - and receiving 5,100 technology patents for the packaging and processing of liquid and semi-liquid food along the way.
• Environment and sustainability: Tetra Paks founder, Dr Ruben Rausing, believed that a package should save more than it costs. It is a principle that was not only designed to save precious food and other resources from waste, but also saw the company take the lead on carton disposal issues in the 1970s, factory emissions in the 1980s, recycling in the 1990s and tackle global challenges such as climate change and sustainability in the 2000s.
• Food safety: Tetra Pak pioneered aseptic packaging in the 1960s, recognized by the Institute of Food Technology as the greatest food innovation of the 20th century. The company has gone on to set the safety benchmark for processing and packaging systems, recognized as a trusted partner by international safety bodies such as the U.S Food and Drug Administration (FDA). And it has established Product Development Centers across the globe, helping customers to develop and test recipes and manufacturing solutions to the highest standards
• Society: Tetra Pak has been involved in school milk programs around the world for the past 50 years, creating the Food for Development Office (FfDO) in the 1960s, which, in close partnership with governments, development agencies, NGOs, local dairies and farmers, delivers 6.7 billion packages of milk and other nutritious drinks to 51 million children in schools in over 50 countries around the world.

Said Tetra Pak CEO Dennis Jönsson: "For 60 years Tetra Pak has been driven by the idea that innovation should make peoples lives better. Our products, services, environmental activities, advances in food safety and social programmes are living monuments to the individuals who helped deliver these improvements to millions. Voices of Innovation enables them to celebrate and share their personal experiences of innovation at Tetra Pak."

Voices of Innovation
Tetra Pak has a proud heritage of groundbreaking solutions and programs, from every one of the past six decades. Landmarks include:
• Tetra Classic (1950s) the first carton package in the Tetra Pak portfolio - a tetrahedron-shaped carton that became aseptic in the 1960s and a design icon in the 1980s
• Aseptic technologies (1960s) ridding foods and packaging materials of harmful bacteria, keeping products safe for many months without preservatives or refrigeration
• Tetra Brik Aseptic (1960s) selling more than 4 billion units around the world and exhibited in the New York Museum of Modern Art as a design classic
• School Milk Programme (1950s) bringing the nutritional benefits of dairy to hundreds of millions of children since the 1960s
• Tetra Top (1980s) introducing a brand new concept in carton packages with the industry sealed to the package in a single process
• Tetra Fino Aseptic (1990s) combining safety and value in aseptic packaging, enabling the delivery of affordable packaged food in developing countries
• Tetra PlantMaster automation solutions (1990s) designed to integrate, communicate with and optimize food and beverage processing and packaging solutions. Offering full traceability, they are scalable, customizable and can be configured to give plant managers single-source, plant-wide control.
• Tetra Recart (2000s) the first carton allowing filled product to be sterilised within the package, offering an alternative to cans and jars, for shelf-stable food products
• Dairy Hubs (2000s) bringing the benefits of sustainable dairy industries to farmers, business and communities across the developing world
• Tetra Evero Aspetic (2010s) the worlds first aseptic carton bottle for white milk to hit store shelves
• eBeam chemical free sterilization (2010s) first eBeam sterilisation solution for carton liquid food based on well-established low voltage electron beam (LVEB) technology
• iLine XT (2010s) for the first time, palletisers, pallet wrappers and laser guided vehicles as well as printers and labellers can be integrated into the packaging line - delivering benefits both in terms of performance and safety
• Green polyethylene caps (2010s) first company in the global carton packaging industry to use green PE caps, made from sugar cane derivatives a renewable raw material

View the first video in the series here.